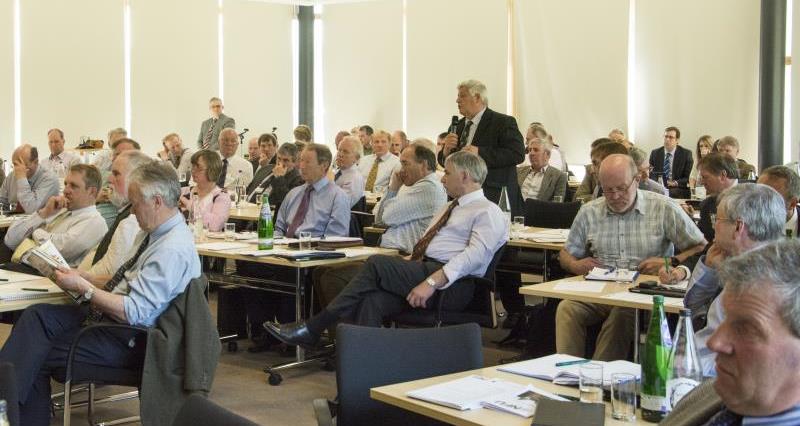 How the NFU works and is governed.

Clear organisational and staff structure charts, showing our decision-making processes and the flow of information:

The governing body of the NFU is NFU Council, an elected body of farmer members which
meets quarterly. Comprises:

♦Click here to visit the NFU Minutes Library to see the most recent minutes of NFU Council.

Responsible for setting the financial strategy, annual budget and management of the resources of the NFU. Comprises: National Officeholders, DG, President NFU Cymru, five National Commodity Board, Chairs and Regional Board Chairs, each elected by Council.

Responsible for reviewing the NFU’s financial procedures and setting the honoraria of those entitled under the NFU Constitution.
Comprises: Five Council members (not members of the Governance Board, Policy Board or Legal Board) elected by Council.

Responsible for the management and strategy of the Legal Assistance Scheme and its funds.
Comprises: 8 Subscribers nominated by the Regional Boards and NFU Cymru, ratified by Governance Board.

National Commodity Boards in respect of the following commodities may be established and maintained:

National Commodity Boards in respect of the following commodities may be established and maintained:

Comprises: Nominated members who are active within the relevant commodity sector, selected by a committee appointed for the purpose by the President.

Each region may establish and maintain a regional commodity board in respect of the following commodities and interests:

And such other agricultural and environmental interests as Council may from time to time determine.
Comprises: up to two representatives from each county.

Each Region has a Regional Board which comprises: