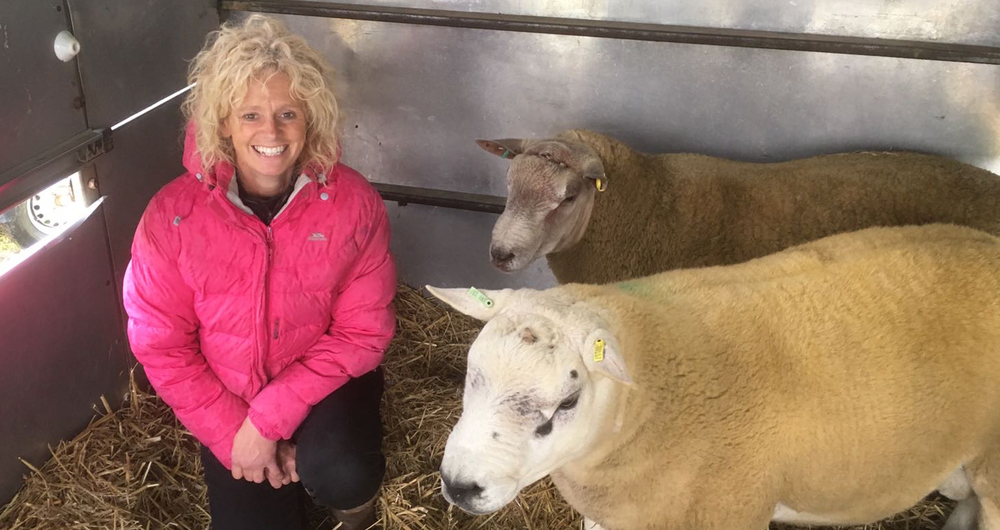 A Cambridgeshire farmer who works tirelessly to promote food and farming has been recognised with a regional award.

Judith Jacobs hosts regular school visits at her arable and livestock farm at Newborough near Peterborough, is a frequent interviewee on local radio and television, and champions British food and the Red Tractor logo at shows and events.

She is the regional winner of this year’s Meurig Raymond Award, which was was launched in 2018 to highlight and acknowledge the work that grassroot members undertake for the NFU and the wider farming community. She will discover at the NFU's national conference on Tuesday (25 February) if she is the national winner.

“I’m surprised and delighted to receive this regional award. I’m incredibly proud to be a farmer and I think it’s so important that we engage with the public and talk about what goes on beyond the farm gate,” she said.

“I’m particularly passionate about hosting school visits. The children get so much out of it and it’s about building memories that will last a lifetime.”

Judith has a 600-acre mixed farm in the Cambridgeshire Fens, growing wheat, barley, oilseed rape, and mustard, as well as rearing cows and sheep. The business includes a farm shop selling the farm’s produce and other local goods.

Alongside her farm work, Judith is an active member of the organising team for the largest Open Farm Sunday event in the country, held over two days each year at Michael Sly’s farm in Thorney. She is one of the founder members of Ladies in Beef and actively promotes British produce on social media, including via her farm’s Facebook page.

She is president of Cambridgeshire YFC and is keen to encourage more young people into agriculture. Judith has four children - Jessica, Robert, Pamela and Rosie – and her three daughters have agricultural degrees.

NFU Regional Director Rachel Carrington said: “Judith is a worthy regional winner. She has been a strong supporter of NFU national and regional campaigns for well over a decade and I’d like to thank her for her fantastic work promoting food and farming.”