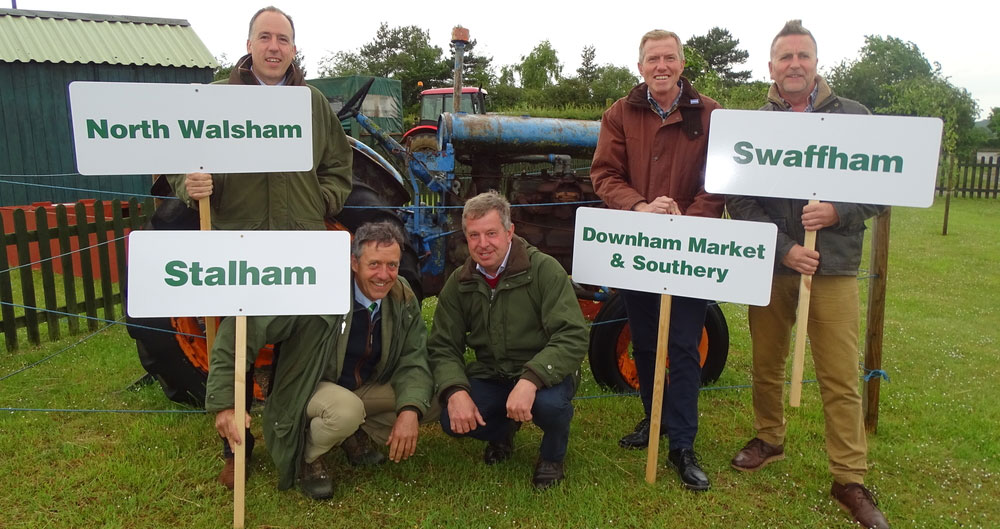 Placard-waving protestors, a model Spitfire, a giant motorised chicken and driverless tractors – just some of the elements featured in a unique celebration of farming’s past, present and future at the Royal Norfolk Show.

Their Farming Forever pageant will highlight some of the key moments from a century of Norfolk farming, as well as demonstrating how agriculture has changed and how it is preparing to meet future challenges.

NFU Norfolk Council Delegate Tony Bambridge said: “The Royal Norfolk Show has always been an important part of both organisations’ histories so where better to celebrate this joint milestone.

“I’d like to thank all the individuals and organisations, from across the farming industry, who have come together to help us mark this occasion.

“Farming Forever is a story that’s been 100 years in the making and we can’t wait to tell it in front of a packed crowd in the Grand Ring.”

Volunteers from both organisations have been hard at work rehearsing their roles and making props to recreate moments such as the farmworkers strike of 1923, the wartime appeal to fund an NFU Norfolk Spitfire and the development of Norfolk’s important sugar beet industry.

Heavy horses will feature alongside vintage farm machinery and the very latest machines, including tractors guided by GPS and robotic weeders.

Past NFU chairmen and staff will be among the 250-strong cast taking part in the 30-minute pageant, which will include commentary from BBC Farming Today’s Anna Hill. Former Eastern Daily Press agricultural editor Michael Pollitt has helped develop the display and the artistic director is former Norfolk YFC member Meryl Raines.

Norfolk YFC County Organiser Katharine Robinson said: “It’s fantastic that both organisations have come together for a display that celebrates the past but also looks very much to the future.

“We hope that Farming Forever will inform, educate but also entertain everyone watching at the Royal Norfolk Show. It will be a birthday celebration that both organisations will never forget!”

Visitors to the show will be able to watch Farming Forever at about 5.25pm on the Wednesday and 4.10pm on the Thursday.