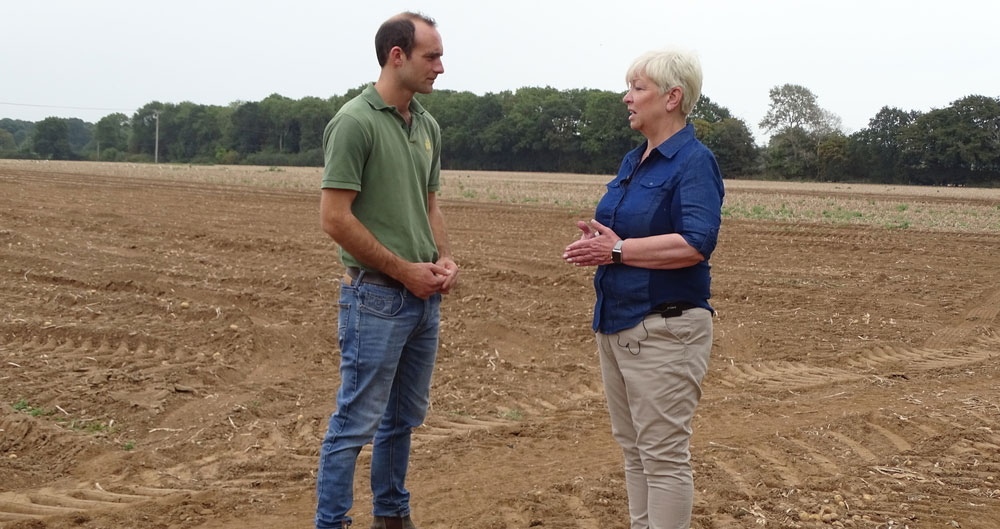 The implications of a no deal Brexit for agriculture were under the spotlight when Liberal Democrat MEP Barbara Gibson visited farms in east Suffolk.

Issues under discussion included the loss of key export markets in the European Union, the threat posed by cheap food imports, labour availability and concerns about how potential border delays could affect essential farm supplies.

Dr Gibson said: “Everything I have heard today, and at other farmer meetings, is that the worst possible outcome would be a no deal Brexit.

“Yes, people want this resolved but they don’t want the situation resolved by crashing out of the EU without an agreement.

“We are going to need a good relationship with our largest export market in the future and leaving without a deal is not the way to achieve that.

“The farmers I met today talked about finding the right balance between food production and caring for the environment. They didn’t have a problem with that but in the future they could be trying to compete with countries that don’t make that kind of trade off.” 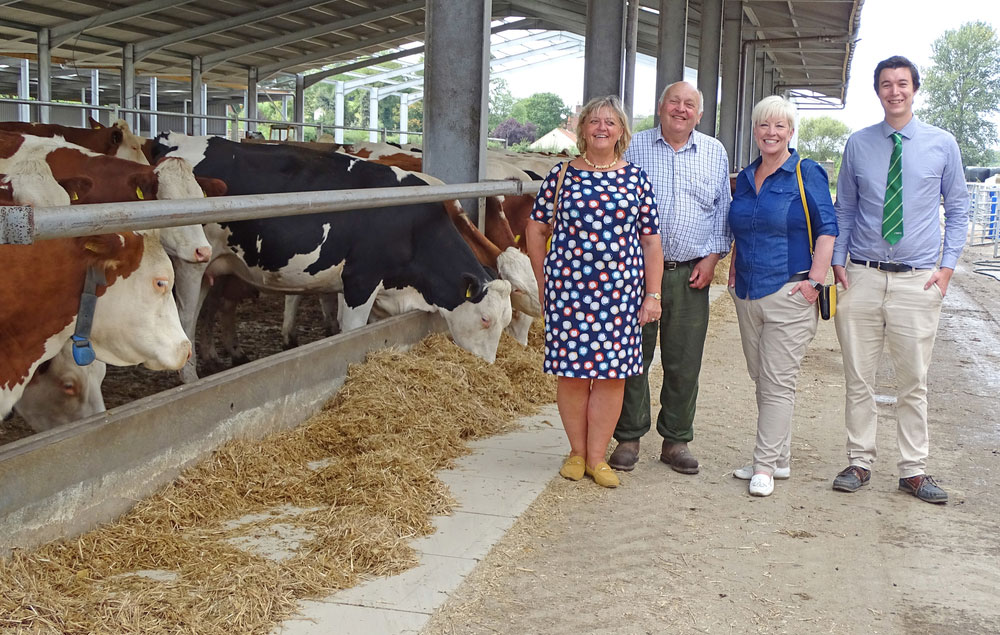 Charles said: “This was a useful opportunity to highlight the importance of food and farming in Suffolk and also to discuss the concerns our members have about a no deal Brexit.

“We’ve been clear all along that the best Brexit outcome for British farming is reaching a deal with the EU that ensures free and frictionless trade with our largest trading partner, and continued access for people who want to come and work on British farms.” At Wrentham, Dr Gibson heard how Roger and Chris Middleditch have expanded the business. They currently farm about 5,000 acres in a mixture of tenancies and contract-farming agreements, including a pig enterprise of 1,000 outdoor breeding sows.

The business benefits from easy access to the ports but the family are concerned they could lose that advantage in the event of a no deal, with lower crop prices for wheat and barley. 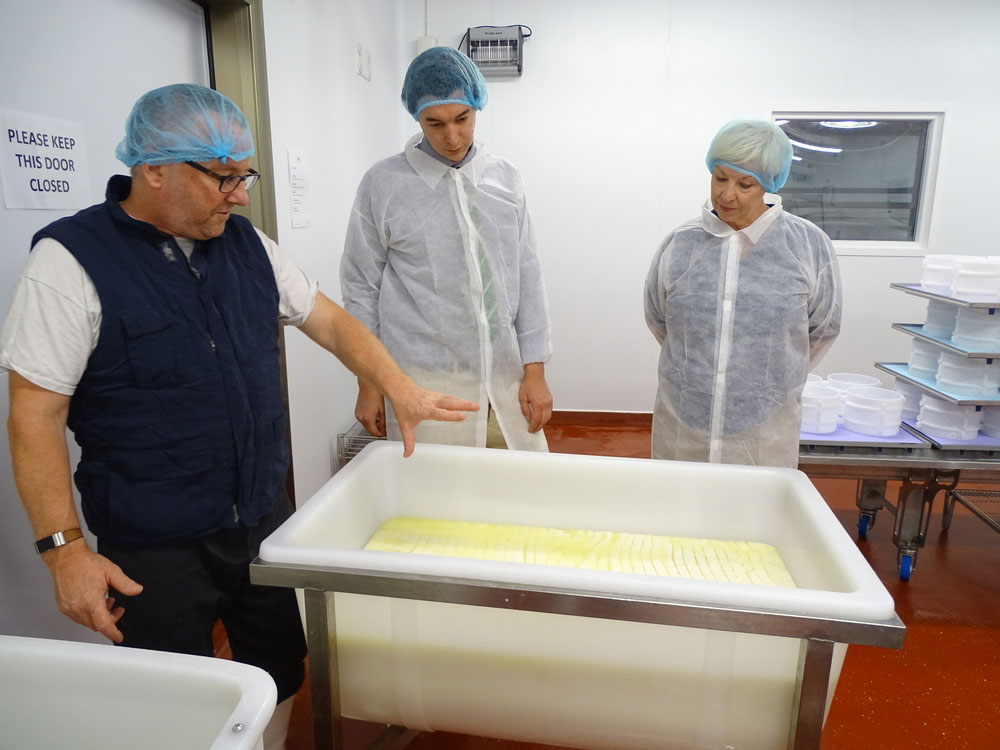 At Fen Farm Dairy the MEP met farmer Graham Crickmore and production manager Stevan Peckett, who looks after the farm’s award-winning cheese enterprise. Mr Peckett took the group through the cheese-making process and explained how the business was stocking up on supplies sourced from the EU, such as wrapping and boxes, in case of border delays.

Mr Peckett said one Eastern European employee had decided to return home in the wake of the EU referendum result while another was waiting to find out if her application for settled status had been successful.