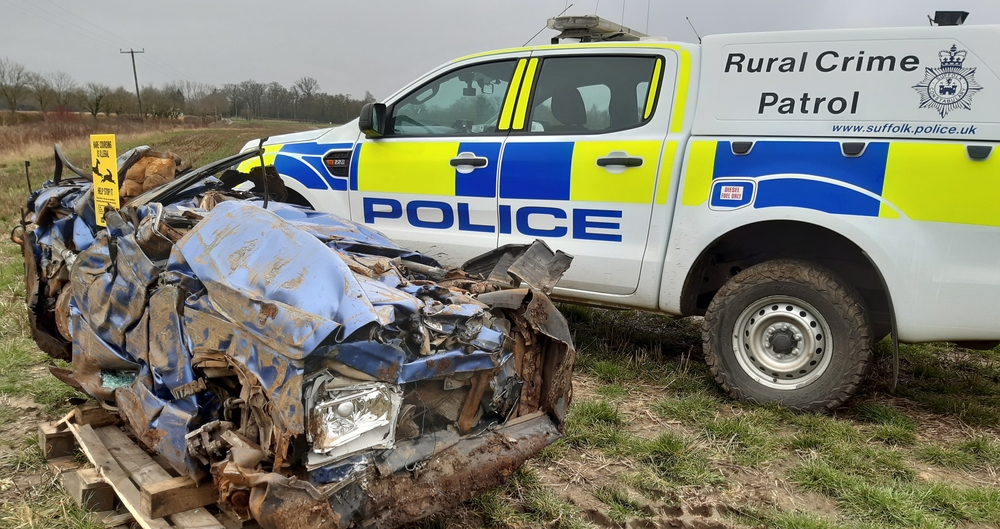 Would-be hare coursers have been sent a stark warning about the potential consequences if they are caught in Suffolk.

Suffolk Police says that strong action will be taken against those involved in this illegal activity, including the possibility that any vehicles used could be seized and crushed.

Anyone convicted of the offence can also receive a fine of up to £5,000 at magistrates’ court.

Reports of hare coursing have been increasing in recent years, although in Suffolk during the period 1 September 2019 to 31 March 2020 there were 139 incidents reported, while between 1 September 2020 and 9 March 2021 there have been 80.

Under the banner of Operation Galileo, forces from across the country work together sharing information and intelligence on hare coursers planning to trespass on farmland.

Sgt Brian Calver from the Suffolk Rural Crime and Wildlife Team said: “Hare coursing is a huge issue for farmers and landowners, with many people living in fear of these criminals.

“The crushed car in the photo, while not used in a hare coursing incident, does aim to demonstrate the consequences if you are caught and convicted of hare-coursing, so let this be a warning to those who commit this crime.”

Members of the public who witness hare coursing taking place are advised not to approach the participants but to phone the police immediately on 999. 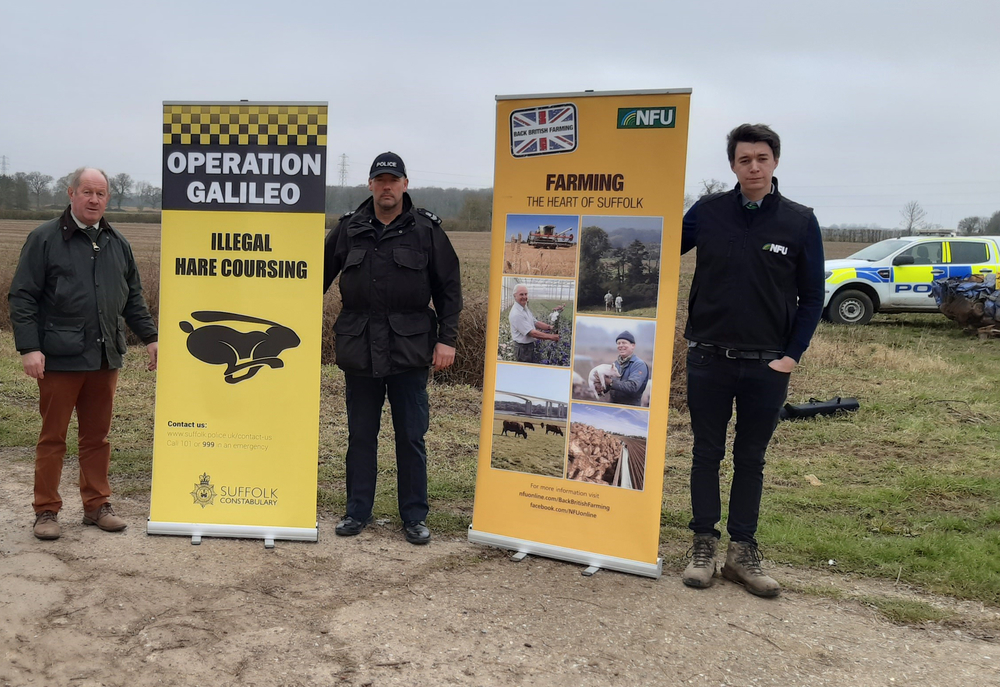 Police and Crime Commissioner Tim Passmore said: “Suffolk is particularly vulnerable to hare-coursers, due to our wonderful open spaces and population of brown hares, so it is very important to make it clear that this despicable behaviour will not be tolerated in our beautiful county.”

NFU County Adviser Charles Hesketh said: “Hare coursing is a serious problem in the countryside, which leaves farmers feeling isolated, desperate and powerless to stop coursers trespassing on their land.

“Police in Suffolk are taking action and have had a number of success recently in catching offenders, but we want the legislation strengthened to help them tackle hare coursing.”