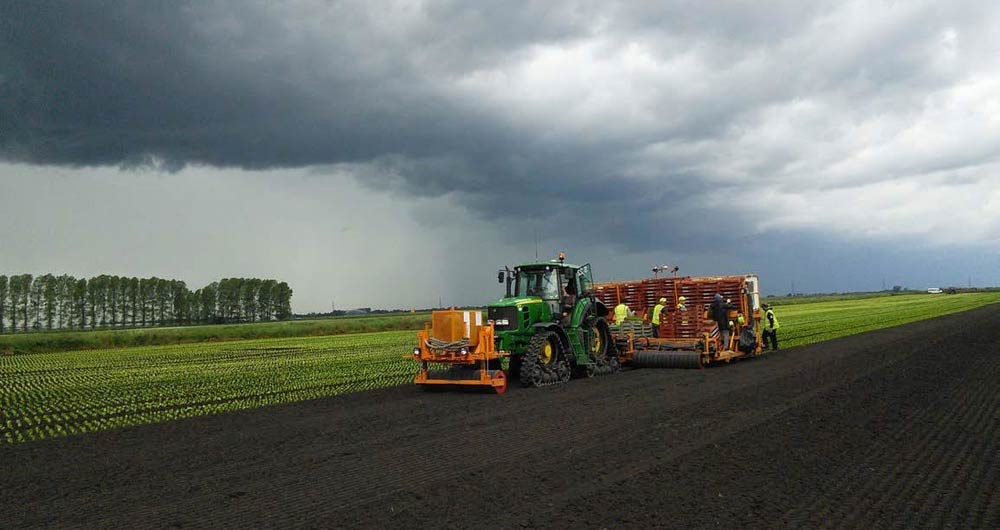 Farmers in the Fens can help meet climate change and environmental goals while also maintaining the Fens’ role as a powerhouse of food production.

That was the key message delivered to policymakers at an event at Park Farm, Thorney.

Tomorrow’s Fenland: carbon, soils and livelihoods brought together more than 100 farmers, academics, conservationists and representatives from government agencies and was organised to discuss key issues ahead of the launch of the Government’s England peat strategy. This will set out a 25-year plan for improving the condition of peatlands.

Although covering less than 4% of England’s farmed area, the Fens produces more than 7% of England’s total agricultural production and is home to 13,000 different animal and plant species. But it is also a significant source of greenhouse gas emissions.

While peatlands are our biggest terrestrial carbon store, drained peatlands release their carbon, adding greenhouse gases to the atmosphere, and the Fens contains one of the UK’s largest areas of lowland peat.

Delegates heard that farmers are already growing different crops, reintroducing grazing livestock to farms and changing cultivation techniques as they respond to the challenge posed by climate change.

Host farmer Michael Sly said the challenge was to find ‘practical, workable solutions’ that would deliver for the short and longer term.

“There are great opportunities for the agricultural industry to work with Defra, Natural England and other organisations on how to achieve net zero carbon, make the best of our soils and capture and preserve our water,” he said.

The event heard there is inadequate data on the distribution and extent of peat soils within the Fens, and how they have changed since the drainage of the Fens.

Professor Ian Holman of Cranfield University, who analysed the available information, said estimates of peat loss were highly uncertain and the rate of loss would be influenced by land management and drainage practices. 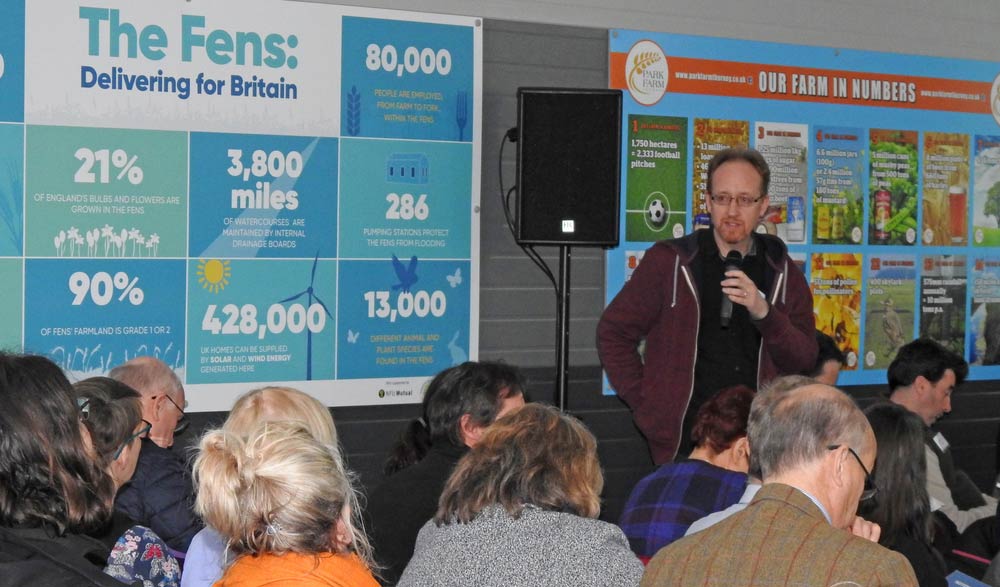 Professor Chris Evans of the UK Centre for Ecology and Hydrology said that estimates of greenhouse gas emissions from peat could overestimate the losses from the Fens, if figures on the extent of peat were out of date.

Andrew Knaggs, the arable production manager at G’s, outlined steps the salad and vegetable grower is taking to farm more productively, while managing soils and the environment.

Mr Knaggs said the aim was to have no bare soil at all over the winter period. He stressed the need to share best practice with neighbouring farmers and take a collaborative approach.

The possibility of utilising new ‘wet farming’ techniques, known as paludiculture, in a bid to reduce greenhouse gas emissions was also under discussion at the event.

This is testing ways of growing innovative new crops, such as sphagnum moss and typha, for food, healthcare and industry through wet farming, as well as locking in carbon.

“We think this is the first pilot of its kind in the UK and we will be learning a lot from the monitoring work we are doing. We are hoping to start a ripple effect and we want farmers and growers to get involved in the possibilities and opportunities,” she said.

Dr Richard Lindsay of the University of East London said paludiculture could be a potential solution for some farms in the Fens, but he stressed it did not seek to displace conventional farming. 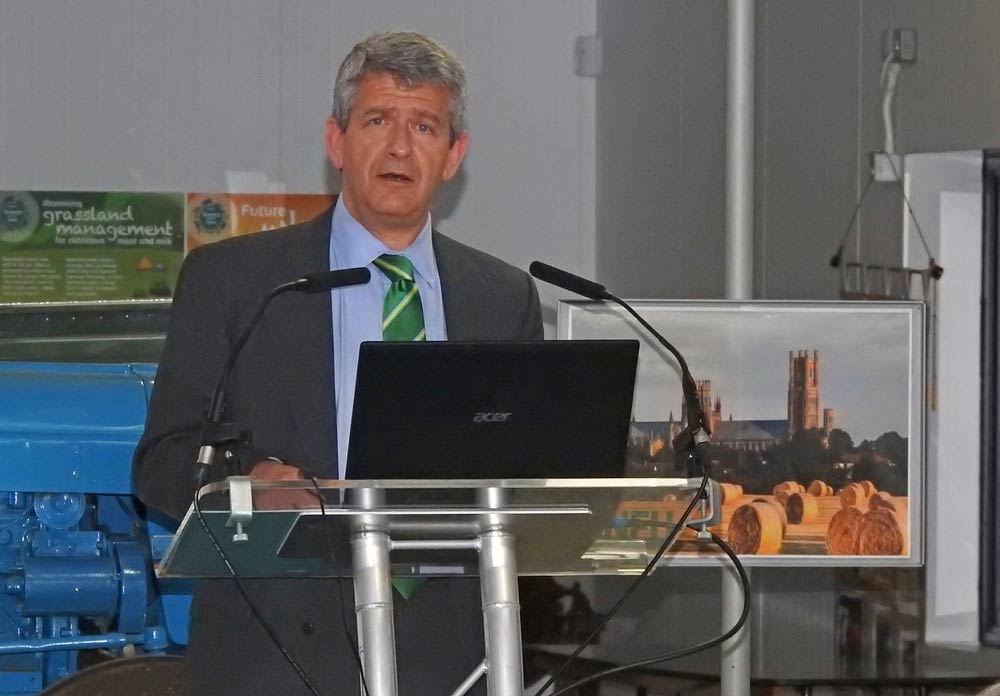 NFU East Anglia Environment Adviser Rob Wise welcomed the positivity and enthusiasm shown at the event but warned it would take time to deliver solutions - and those solutions would not ‘come cheap’.

“I hope the forthcoming peatland strategy will recognise we are in a long-term game here. We need to get accurate up to date data and we need to make sure we fund everything properly, reflecting the high value of current farm output from the Fens. There are no quick fixes,” he said.

The NFU has set out an ambitious plan for agriculture to be net zero for carbon by 2040. Read more about it here.