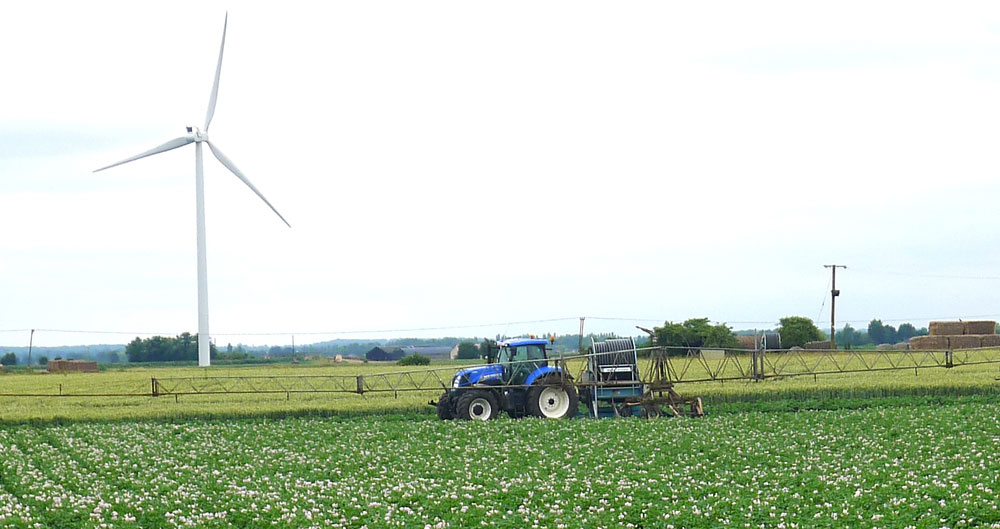 An agreement reached between Anglia Water, internal drainage boards (IDBs), farmers and the Environment Agency has helped to temporarily postpone the risk of irrigation restrictions being introduced on vegetable production in the Cambridgeshire fens.

The fenland ‘Middle Level’ relies on water from the river Nene being diverted into the catchment during the irrigation season, but this can only happen when flows are sufficiently high to meet environmental and water company needs.

The area was subjected to a six week-long irrigation ban during the 2018 drought when all available water was needed for public water supply.

Recently, temperatures in the east of England have soared and river flows have reduced. The irrigation season has started early with growers struggling to establish and grow vegetable crops and the early introduction of irrigation restrictions is already being considered.

Now a temporary agreement has been reached (1 June) whereby Anglian Water has agreed to change its abstraction regime to allow an extra 20 Megalitres (4.4 million gallons) per day into the middle and north level systems. The agreement will last for seven days, and Anglian Water will be permitted to ‘recover’ the water it has donated to farmers and the environment by abstracting during winter periods of high river flows.

‘Its very early in the season for us to be facing the threat of restrictions that would initially allow us to irrigate only for four nights each week.

“We are really grateful to Anglian Water for providing this water during a dry weather emergency, which has bought time for local growers. The respite might be short-lived, but we hope to build on this initiative in the longer term."

“With work just starting on the production of long term water plans for the East of England and other regions, this is a great example of the benefits of working together.”