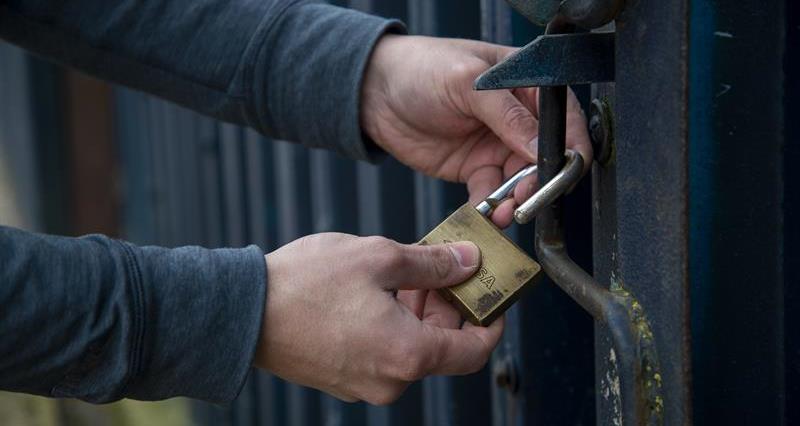 In its 2020 Rural Crime Report, published today (Tuesday August 4), leading rural insurer NFU Mutual reveals that rural crime cost the Midlands more than £10.6m last year, a rise of 7.8% - and Lincolnshire was the worst-hit county in the country.

Across the UK, rural crime cost £54m in 2019, an increase of almost 9% on the previous year. The rise is being driven by organised criminal gangs targeting high value tractors, quad bikes and large numbers of livestock.

While there have been some reductions in crime under lockdown, there are concerns that rural theft is set to escalate as the economic impact of the COVID-19 pandemic bites.

In  2019, rural crime rose in every region and nation within the UK. The biggest percentage increase was seen in Scotland (44.1%), although its rural crime cost remains below the UK average.  The second-highest regional rise was 18% in Northern Ireland followed by the East of England (16.9%).  While the Midlands total reached over £10.6 million, its percentage rise (7.8%) was just below the UK average of nearly 9%. The lowest regional increase was in North East England, up 0.4%.

For the second year running, the sharp rises are being driven by organised criminal gangs targeting high-value tractors, quad bikes and other farm vehicles – accounting for an increase of nearly 25% to £9.3m on agricultural vehicles in the UK.

Within that total, quad bike and all-terrain vehicle (ATV) theft rose by 21% to £3.1m. In addition, Land Rover Defender thefts reported to NFU Mutual rose by 34% to £2.1m. Demand from overseas for expensive farm kit is fuelling the rise and in one joint operation between NFU Mutual and the National Vehicle Crime Intelligence Service, five vehicles totalling more than £100,000 were recovered from Poland earlier this year.

Livestock theft also increased in 2019 with the cost going up 9% to £3m. Well-organised gangs taking large numbers of sheep, which are thought to enter the food chain illegally, are driving the increase. A spate of sheep being slaughtered and butchered in farmers’ fields also contributed to the rise, and farmers continued to be affected by rustling during the pandemic – with initial figures suggesting an increase of nearly 15% year on year in April 2020.

Rebecca Davidson, Rural Affairs Specialist at Midlands-based NFU Mutual, said: “Rural crime is like a wave as organised criminality spreads through our villages, farms and rural towns, affecting everyone in the countryside.

"We continue to work hard to stem the tide and are warning rural communities and helping with prevention advice, as there are concerns for the months ahead as the economic impact of Coronavirus bites."

“As well as the financial cost, there’s a serious effect on the mental well-being of people living in rural and often isolated areas. There are fears that the impact will be felt harder this year as farmers have been working flat-out to feed the nation and many rural communities have been put under additional pressure by the challenges brought by COVID-19.”

A survey of NFU Mutual Agents last year found that a quarter knew someone who had been forced to change the way they lived or farmed as a result of crime and the biggest fear in rural communities was repeat attacks.

Speaking about crime under Coronavirus, Rebecca said: “Our provisional theft claims data for the first half of 2020 indicates that, while rural theft fell overall during the early part of pandemic lockdown, we’ve seen a number of trends including a spike in livestock rustling in April.

“There’s no doubt that organised criminal gangs are targeting our countryside again and these figures would be much higher if it weren’t for specialist rural crime teams in police forces, and improved farm security measures such as trackers for tractors and quads. However, it’s not good enough for one successful security measure or initiative to displace organised criminality to another area.”

Estimates and percentages based on NFU Mutual claims data, costs rounded to nearest £100,000.