The NFU won ‘Party Conference Stand of the Year’ at the Public Affairs Awards held in London on 14 December.

The judges commended the highly visible nature of the stand, its interactive design and the fact it attracted a large number of conference delegates and 100 MPs, including some high profile government ministers.

The event celebrated excellence in the public affairs industry and was hosted by Michael Crick, Channel 4 News’s political correspondent. 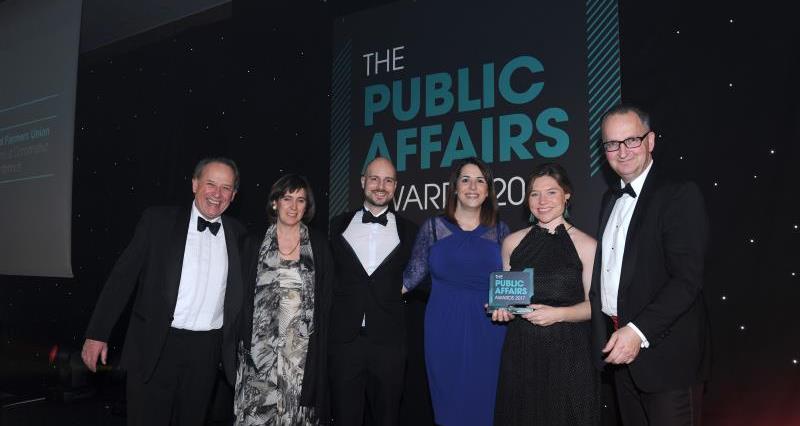 This was the first year the NFU had a presence in the secure zone at the Conservative party conference. The stand sought to deliver a high profile presence at the conference, remind delegates of the important role played by British farming in providing high quality, safe British food and encouraging delegates to commit to the NFU’s core campaign – Back British Farming.