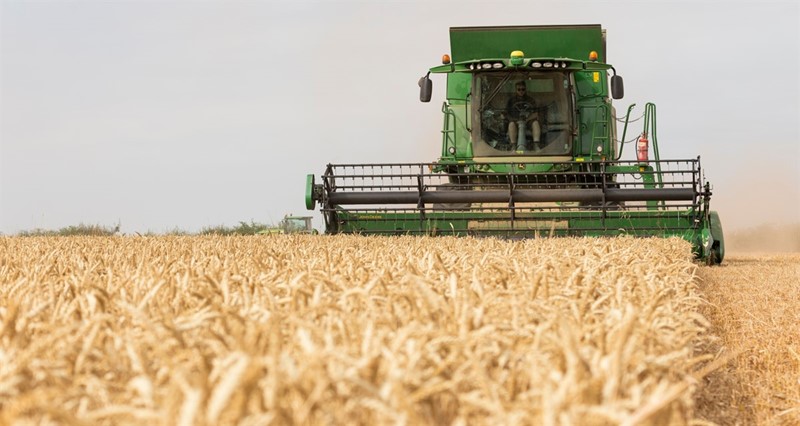 This article was first published in the April issue of British Farmer and Grower magazine. Written by Clemmie Gleeson.

Despite not being able to meet in person, farmers involved with AHDB’s monitor farm programme have continued sharing knowledge and ideas via online webinars.

Across the country, 28 farms specialising in cereal and oilseed production, are now at the forefront of the AHDB Farm Excellence Programme and signed up for three years as ‘monitor farms’. Three are based in the North East and the farmers involved commit to hosting visits and sharing detailed information about their farm business which is also the subject of discussion.

Knowledge exchange is central to the concept of monitor farms, so the current restrictions on gatherings has called for a re-think and a move to online meetings – along with the rest of the world. But while everyone involved misses the face-to-face interaction that on-the-ground meetings offer, the virtual webinar events scheduled over recent months have led to a 40% increase in the number of people taking part.

This is good news for AHDB’s North East cereals and oilseeds knowledge exchange manager, Rose Riby, who’s charged with making sure the programme is a success. “We take great care when selecting our monitor farms,” she says. “Suitability is as much to do with the farmer as their farm.

“If there is diversity on the farm that is helpful, but we look for somebody who is open to discussing what they are doing and how that could change. Some farmers have clear objectives about what they want to get out of the programme, others don’t, and that is fi ne too.

“It is about opening up your farm and being honest, sharing what you are doing and what you want to do and then getting input from other local farmers.”

Labour and machinery reviews are carried out alongside soil tests to provide baseline fi gures. Adding in an initial carbon audit is also being considered. Throughout, the farmers are asked to keep track of costs via the AHDB online benchmarking tool, Farmbench.

“The group comes to me with possible scenarios – it could be anything from tackling blackgrass to cultivation experiments – and I invite experts to discuss the technical side before the group agrees a way forward,” added Rose.

Ideas for visiting experts are usually the result of requests, including one session organised after a member raised the issue of wellbeing. “Farmers are terrible for working long hours and not taking holidays, so this was useful ,” Rose says. “But overall, the best attended meetings have been on subjects like carbon, soils and ELMS.”

For more information on AHDB Monitor Farms visit their website 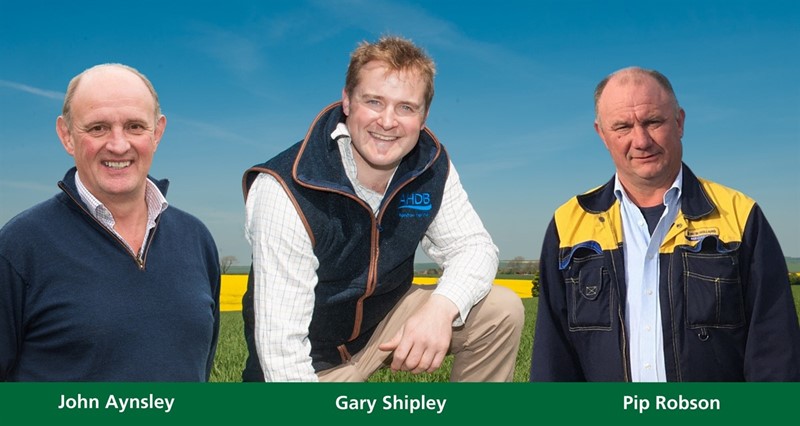 “We put 260 arable acres into the monitor farm project,” says John, who has been involved for nearly three years. His objectives included soil improvement, trialling di erent rotations, exploring cover crops and experimenting with direct drilling. “Most importantly we wanted to see if all those things can work and be profi table before subsidies,” he said.

Joining the monitor farm programme meant committing to trialling new practices and provided some structure for doing so, he adds. “Three years hasn’t been long enough to come to any clear conclusions. Soil improvement is work in progress, but we are making strides on that front.” He has also been experimenting with cover crops and rotations to help with a sterile brome problem.

Being a monitor farm has been positive both on a personal and professional level, he says, adding that he was surprised by how much interest there was in his farm and enjoyed the social aspect too.

He had been using Farmbench for several years prior to joining the programme and has continued to fi nd it useful. “You can’t make informed decisions without the facts and fi gures in front of you. “Everyone is very open and honest and there is no competition – it’s not about that, it’s about trying to learn from each other – the good, the bad and the ugly that we all have.”

Yorkshire farmer, Gary Shipley, was keen to join the monitor farm programme after taking over the running of his father-in-law’s farm at Huggate near Fridaythorpe in East Yorkshire. Coming from a livestock background, the Huggate farm’s arable crops were a new challenge for Gary and he saw the opportunities for learning.

“I wanted to fi nd ways to make the farm more efficient and sustainable too,” he says. The challenges that have arisen out of being involved have included the change of mindset needed to be open with other people seeing and discussing the farm’s fi gures. As well as growing wheat, barley, oilseed rape and vining peas he also rears pigs on contract, has 45 head of Stabiliser cattle and 150 gimmer lambs.

Increasing organic matter levels was also a priority for him and he was pleased to discover that levels were higher than he expected when some fi elds were sampled as part of the programme. It prompted him to get the rest of the farm sampled and results were similarly positive. “We had been importing around 1,500t of muck per year and swapping that for straw.,” he said. “Maybe we don’t need to do that and could be selling straw instead.”

Hosting visits and attending meetings had been very positive and Gary values the time talking to other farmers. “Online meetings are not the same. It is a good idea that they are recorded so you can go back and listen, but I do miss the talking afterwards.”

Northumberland farmer, Pip Robson, runs an integrated farm with 200 suckler cows (120 of which are pedigree Aberdeen Angus) and an arable unit producing wheat, barley, oats, spelt, oilseed rape, pea and beans, plus potatoes grown by a third party. He was asked to be involved after visits from AHDB representatives to the growers’ cooperative he is involved in.

“They were looking for a new farm and I thought I would give it a go,” he said. His main motivation was education for himself and others. “The whole industry is hamstrung with a lot of the wrong information and government acting on pressure from the media and pressure groups. I wanted to get the facts and as a monitor farm we have access to a lot of resources and information. As an industry the focus is increasingly on carbon and this is a good platform for learning more about that.”

With 2020 being Pip’s fi rst year in the programme, he has had a challenging start. “Obviously we haven’t been able to have any meetings. It’s been difficult to get up and running,” he added. Using online virtual meetings has helped him upskill though. “It’s brought me into the 21st century a bit more!” he joked. “While ‘virtual’ has its place, it is not the same as when you are sitting next to each other.”