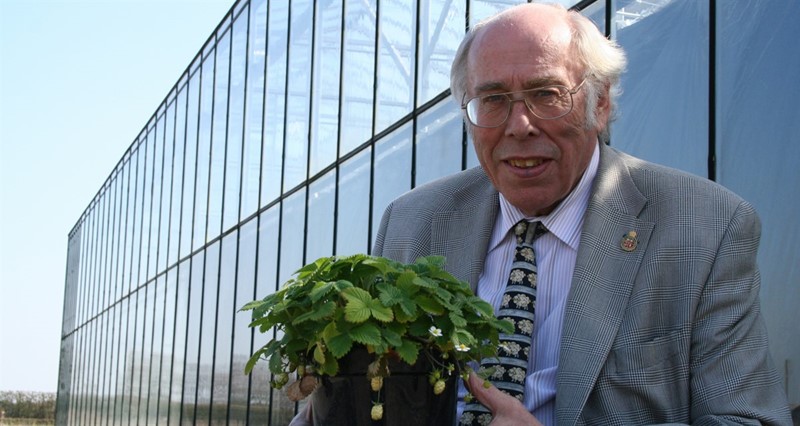 Fellow growers and NFU colleagues have joined together to pay tribute to one of the most recognisable champions of British horticulture who sadly died at the beginning of June.

Summing up the contribution made by Graham Ward is incredibly difficult as his passion and drive led him to take on so many challenges on behalf of the industry he loved.

He is well known as the NFU’s first national horticulture chairman and for his leading role in saving from closure the region’s crucial R&D resource, Stockbridge Technology Centre. A powerhouse for technological innovation and education, Graham devoted many years to it as CEO, with huge determination to lead the way nationally.

He is less well known for his work behind the scenes for more than 20 years supporting for the award-winning and hugely popular horticultural display at the Great Yorkshire Show and for his tireless support for local sourcing initiatives.

Current regional horticulture chairman, Guy Poskitt, paid tribute to a lifetime of commitment to the NFU: “Graham was a very intelligent man with a view to the future, especially his vision for Stockbridge Technology Centre. He continued to embrace technology, was enthusiastic, eccentric and above all a true ambassador for British horticulture – a legend never to be forgotten.”

NFU Director of Strategy, Martin Howarth, worked with Graham in the early years and added: “Graham was the first chairman of the national horticulture board and was a huge grower champion who was largely instrumental in bringing forward the commercial and professional expertise of the sector he represented.

“Although based in Yorkshire, Graham was originally from Worcestershire and retained an extremely strong rural Worcestershire accent. He was a man of strong opinions, vigorously expressed.”
Summing up, regional director, Adam Bedford said: “Graham was a lovely, wise, welcoming and kind man.

“He had an unwavering infectious enthusiasm for the future of horticulture and what it could deliver and Stockbridge is testament to that. He will be greatly missed.”