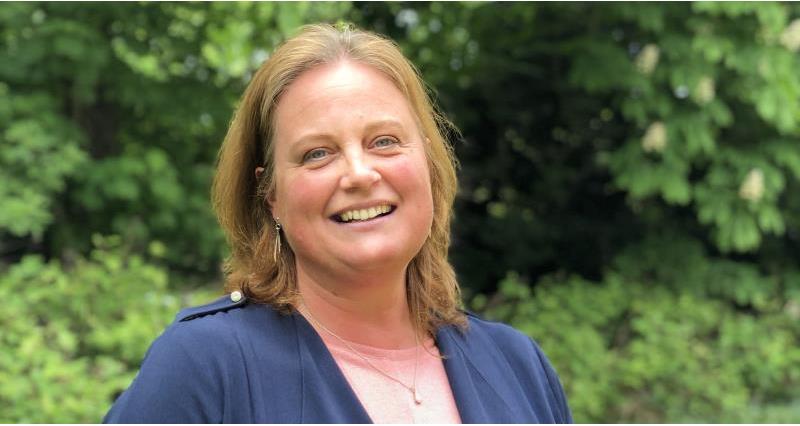 An upland livestock farmer from Ripponden near Halifax has been recognised by the NFU for her outstanding contribution as its West Riding County Chairman.

Rachel Hallos has been announced the North East regional winner of the NFU’s annual Meurig Raymond Award after two years of tireless work on behalf of her fellow farmers. She will now be considered for the national award, which will be presented next week at the NFU’s annual conference in Birmingham.

Launched last year, the Meurig Raymond Award is designed to celebrate the often unsung work of grassroots NFU members on behalf of their fellow farmers and the wider industry.

“Rachel’s contribution has been quite remarkable,” said NFU Regional Director, Adam Bedford. “Since taking on her County Chairman role she has proved an unstoppable force – working to tackle the key issues facing her fellow farmers, travelling the country to represent them and seizing every opportunity to showcase the work they do to the public.

“Early on, Rachel decided that more needed to be done to combat rural crime. She has since met with all Yorkshire police forces – helping to introduce innovative solutions such as bespoke training for 101 call handlers. She has tirelessly campaigned to highlight the impact of rural crime on farming and wider rural communities and in so doing has gained greater understanding and commitment from the police.

Click here to find out more about the NFU Annual Conference - Our Food, Our Future - taking place on 19/20 February in Birmingham

“She has met with countless politicians – travelling to London when necessary – to highlight the issues affecting farming in her part of the world. Striking a chord with Secretary of State Michael Gove, when she met him at the Great Yorkshire Show, she has kept in touch with him on social media and used the link to press home key points as the process of developing a new domestic agriculture policy has evolved.

“She is also widely requested by print and broadcast journalists for her ability to bring farming to life for members of the public and explain the key issues simply and straightforwardly.

“In light of these achievements it was only fitting to recognise her efforts with this regional award. I hope she will be just as successful nationally, when the overall winner is announced next week.”

Commenting, Rachel said: “I feel honoured to be recognised in this way but can only say that I'm just doing the job I was asked to do by our farmer members. I feel passionately about agriculture and will do all I can to ensure a vibrant future for the people and industry I care about.”