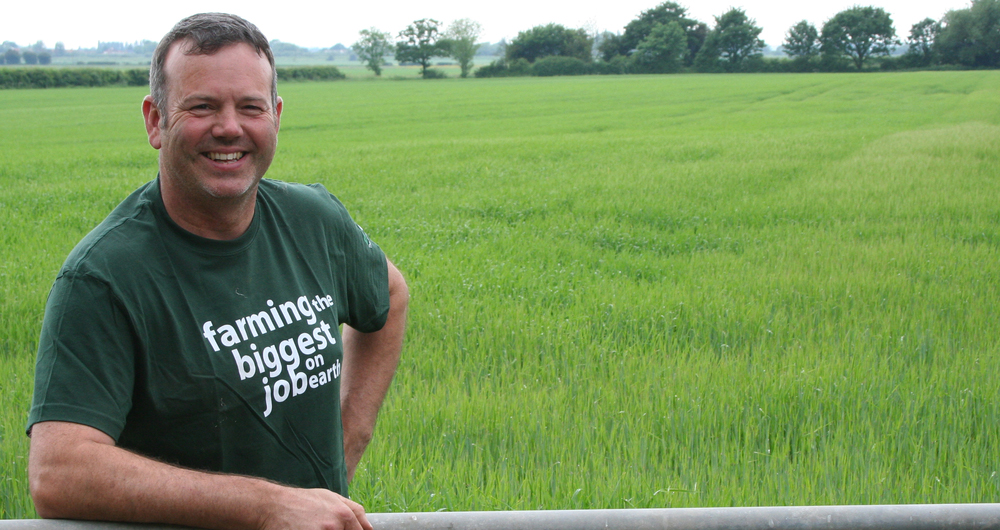 North East farmer, Richard Bramley, is the new chair of the NFU environment forum and is looking forward to the challenges ahead. Learn about him and his priorities in the role.

Richard replaces Phil Jarvis who steps down after two years at the helm.

His environmental credentials are strong, winning the RSPB Nature of Farming Award (Northern) in 2013 and becoming the recipient of the Tye Trophy for excellence in farming conservation and the environment in 2014. In 2018 he became the first ever recipient of the Meurig Raymond Award for his dedication and commitment to the NFU and the farming industry.

Richard’s key priorities for the NFU environment forum include:

Richard said: "I am delighted to take on the chairman’s role and will be looking to develop the progress made since the forum was created six years ago."

Praise for the outgoing chair

Richard praised outgoing chair, Phil Jarvis, saying: “Phil has done a superb job during his tenure as chair of the environment forum representing the farmers’ perspective in this fast-developing arena. He is a ‘tour de force’ when it comes to farming and the environment and has made sure the important work of the forum remains a key part of NFU activity. He remains a valued member of the forum and will continue representing the East Midlands region.

“We are already in a period of change, with some big shifts in policy on the horizon with the introduction of the Sustainable Farming Incentive as part of the Environment Land Management scheme (ELMs).

“The NFU has been making representation to government during the process of development, making it clear the need for schemes to be accessible to all, easy to manage and low on bureaucracy – while maintaining farm businesses and delivering an ever-improving environment.

“I don’t know a farmer who isn’t a busy person – often stretched at critical times. Schemes need to recognise this and deliver recognition for all the benefits good farming brings.

“We all need to set ourselves the goal of being able to look back in the coming years at how our environment has improved. The NFU environment forum plays a key role in this process and I am looking forward to the challenges ahead.”