Non-payment of the Basic Payment Scheme 2015 in the commons and the length of time it is taking the Rural Payments Agency to make corrections were issues at the very top of the agenda when NFU North West Regional Director David Hall met with Liberal Democrat leader and Westmorland MP Tim Farron. 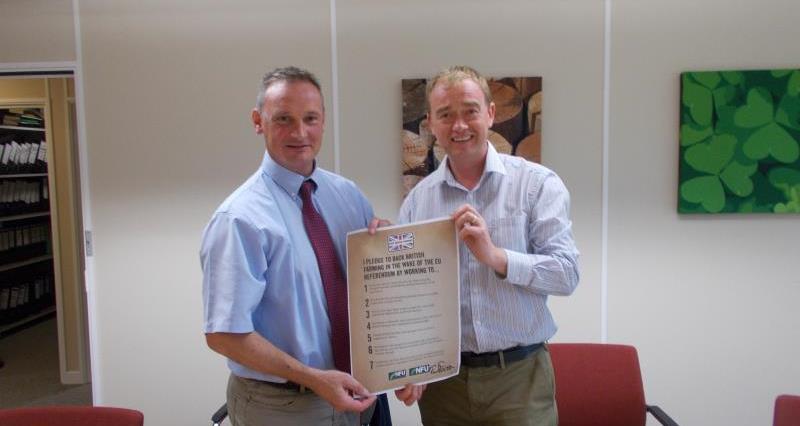 Mr Hall said: “This was Tim’s chance to really question the NFU about the longer term impact of Brexit on farmers in the North West. We discussed requirements to develop a meaningful domestic agricultural policy and the importance to the livestock sector of getting good access to export markets. Tim Farron MP is one hundred per cent behind the Back British Farming campaign and signed our pledge.”

NFU members will get a chance to talk to Mr Farron at the upcoming Westmorland Agricultural Show which takes place on Thursday 8th September between 8am and 5pm. Mr Farron MP will be with NFU Deputy President Minette Batters in the NFU Hospitality Marquee at a time to be arranged. More details will be posted on these pages of nfuonline.com