Penrith farmers can expect plenty of NFU activity in the coming years now Catherine Mortimer has officially been appointed a group secretary in the patch.

Working alongside senior NFU Penrith Group Secretary Martyn Jeal, Catherine has lived and worked in the patch for the last 20 years and cannot wait to get started. 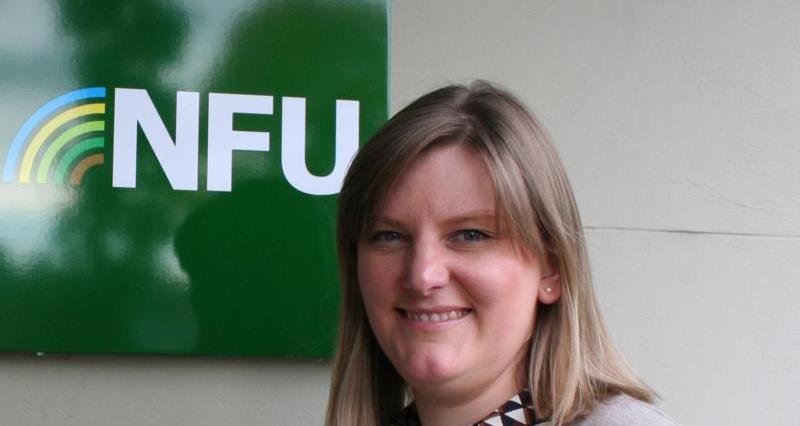 Catherine, 41, began her NFU Mutual career in 2010 when she joined the Penrith team as a sales associate, working her way up to become a certified Agent for the insurance provider in December of 2012. During that time she has helped and assisted the farming community but has never officially been a representative of the leading farming membership organisation – the NFU.

That all changed in October 2016 when Catherine was officially granted NFU Group Secretary status – giving her the ability to recruit, retain and assist Penrith based farmers with any business issues which may crop up on farm.

Catherine said: “The day to day work of an NFU Mutual Agent and NFU Group Secretary go hand in hand – the two roles complement each other. Ever since joining the NFU Penrith team I’ve been involved with the farmer membership which I’ve grown incredibly fond of. I’ve been fielding farming questions from the start and am now genuinely excited by the fact I’m an official representative. The future looks very bright indeed.”

A married mum of two Catherine came to the NFU from the hospitality industry. Trained in hospitality at Preston College, she was a conference organiser and essential part of the original team which kick-started Rheged in 2000 – a role she enjoyed for two years. Her husband’s career then took her to Berkshire where she took a job working for Lyreco office supplies before eventually returning to her roots in Cumbria and a job at the NFU.