Whilst the BPS is a financial lifeline for many, it isn’t available to all and there will be a lot of businesses that are only receiving a 75% bridging payment following a wait of many months.

There is still some time to go before the seven year transition period to phase out the payments starts, but in the here and now we’ve taken some flak for resisting calls to request a Covid 19 extension to the deadline for getting the claim forms in.

The reason being we fear any extension could result in a delay at the all-important December start of the payment window. 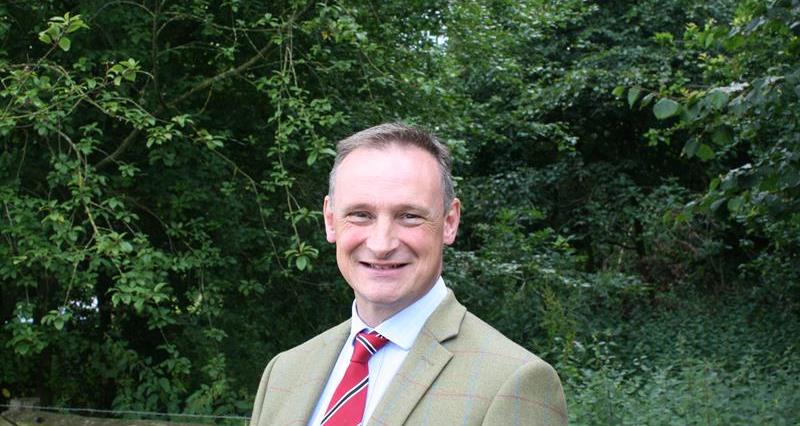 Defra have announced the extension until the 15th of June, and we will now have to wait and see if this does impact on delayed payments.

With the mood Defra are in at present, ‘being careful with what we wish for’ is a sensible approach. I would encourage you to submit your BPS application as soon as possible and not use the new deadline as a target by when you need to submit the application.

Restrictions placed on the public are starting to fray at the edges and NFU members are seeing increased numbers of people walking on footpaths through the farmyards, adding to the potential risk and raising anxiety levels.

We have worked hard to get as strong a message out as possible for people to respect the countryside and only exercise from home.

Restrictions will start to be eased at some point and we do not want lots of people flocking to the honey pot locations we have across the region, increasing the risk of spreading the virus.

I hope the sense of ‘worse places to be’ doesn’t epitomise what the Romanian staff are thinking as they enter this country on the charter flights which hit the news last month.

Bringing in these workers is not undermining our efforts to encourage British citizens to work on farms this summer.

The negative press and social media commentators, some unfortunately from within our own industry, appeared to be unaware that many of the staff being flown in were experienced people returning to farms they’d worked on last year.

Many had agreed their contracts to work here last autumn. They are food safety as well as health and safety trained and will be vital as they work alongside a hastily assembled and very ‘green’ resident labour force.

As an organisation the NFU has put a huge amount of work into the PickforBritain.org.uk website. It is designed to put members of the public in touch with growers and labour providers who have picking and packing jobs available this summer.

Training up an inexperienced resident labour force presents all sorts of challenges for our growers. We know all the problems from the past and we predict some new ones for when the lockdown exit strategy kicks in.

However, in the meantime the sheer fact that so many members of the public want to do their bit (11,000 hits on Pickforbritain.org.uk in the first weekend of launch) must be met with positivity and enthusiasm.

I haven’t mentioned Defra much and despite a long and drawn out meal being made of the legalities of the website they and the Home Office will be watching how the industry responds on this initiative.

Continuing the positivity, a farmer I know remarked the other day how in these Covid days ‘everyone has so much more time to stop and chat, and chat for ages just when I’m at my absolute busiest’. This is very evident as I look out of the window at home, while the sheep and lambs were in the field over the road, the amount of people who stopped to look at the spectacle was amazing.

I hope their thoughts weren’t just about how cute the lambs look, because there are way more serious issues about what’s happened to our lamb exports in the wake of food service shutdowns across Europe and what that means for our home market when it reaches peak production.

As one industry commentator put it: “We’re having a mini practice for exiting Europe without a deal in December.”

Let’s hope that the parents of the kids who stopped to gawp at the lambs were secretly thinking they’ll be nice on the barbecue in the summer – every little helps.