A familiar face in the farming community of Ribble Valley and South East Lancashire, Kevin Woodcock has now officially been appointed as a NFU Clitheroe group secretary.

Kevin has been a part of the NFU family since 2003 when he began his NFU Mutual career at the old Ramsbottom office where he handled general insurance enquiries. Under the guidance of senior NFU group secretary Andrew Rothwell, Accrington born Kevin soon progressed and in 2007 became an NFU Mutual Agent.

When Andrew Rothwell left Ramsbottom to head up the larger Clitheroe agency in 2008, Kevin soon followed. 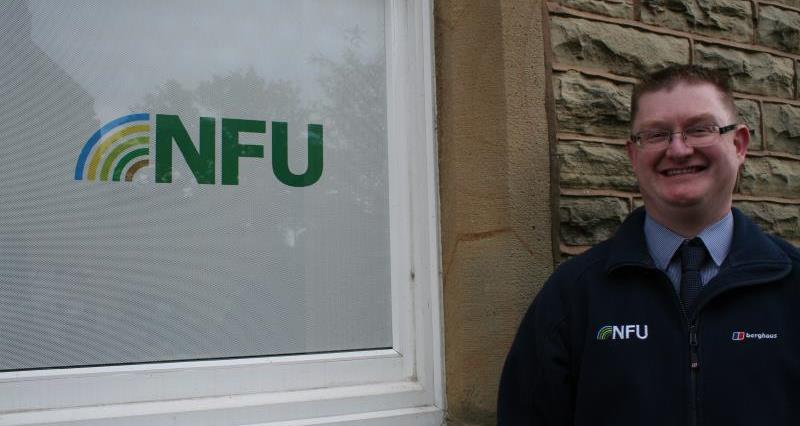 Andrew Rothwell is renowned for his in depth level of farming and the professional support via the NFU he is able to offer clients. Kevin was keen to offer the same level of service as his mentor and therefore pushed hard to become an NFU group secretary to compliment his position with the NFU Mutual.

Kevin said: “I desperately wanted the recognition and kudos that comes with being an NFU group secretary. Having the confidence, technical information and support of NFU regional colleagues as you walk up the farm drive to do business is invaluable. Without the NFU you’re just another insurance provider in the eyes of farmers. The NFU is what sets us apart from the competition.”