The winner is Sarah Lees and her family from Park Farm in Bury. The prize consists of a pair of one day tickets to a County Show in 2021 up to the value of £60. Sarah chose the Highland Show. 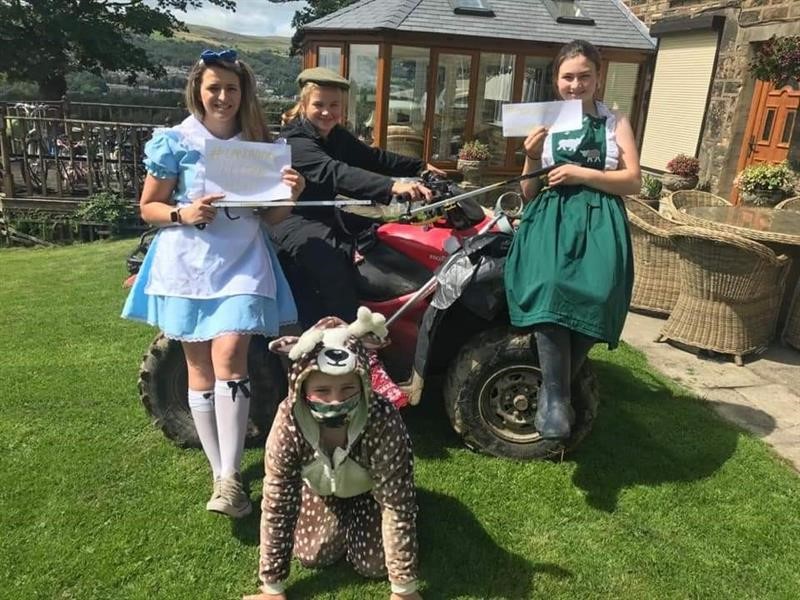 The Great Lancashire Litter Hunt encouraged farmers in the Red Rose County to pledge some miles of countryside they’d tidy up. Any money raised by the event was donated to the North West Air Ambulance.

Many took part in the campaign wearing fancy dress, so we thought we'd reward the most inventive.

Judge Mr Lowe said: “I was won over by the dog to be honest. That and the lass wearing the flat cap who I’d love to think is mimicking her dad or grandad.  It was a close-run competition though because Sam Fielding in his chicken suit really did make me laugh.”

Winner Sarah Lees said: “It was for a fantastic cause. The North West Air Ambulance is a charity that the entire farming community should support”