Is British agriculture at a crossroads or living on a knife edge?

The answer is surely both and each are just as perilous as the other.

Let’s be clear, these two situations that we find ourselves in are nothing to do with Brexit or the pandemic. Labour issues are the exception to this where some EU workers returned home, the furlough scheme having an impact on work ethics and at the time of writing, workers being pinged meaning work places having to close and food processors warning of empty shelves in shops. 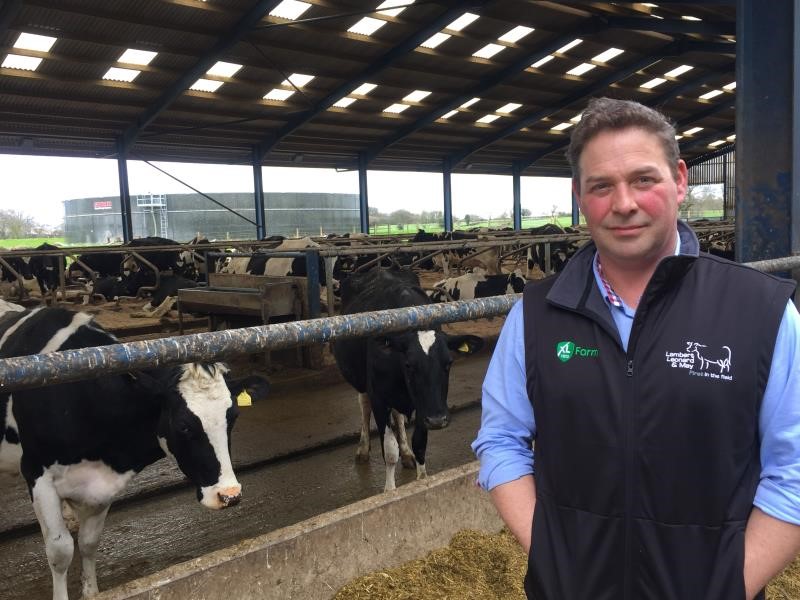 The NFU has been lobbying government for so long it’s embarrassing.

Ever since our students decided they would prefer to have debt than pick fruit or vegetables, we have been asking for seasonal workers to fill requirements and also banging our heads against the brick wall called the Migratory Advisory Committee to add highly skilled herdspersons onto its list.

This is becoming tiresome. I have applied for a place to sit on this committee, assuming you get paid to do nothing, but unfortunately there is a long waiting list.

The crossroads is being created by government, one route being the environmental agenda through the Agricultural Transition Plan and ELMS, the second route being the exit strategy and a retirement lump sum, the third route leads to new legislation on slurry storage capacity and the covering of slurry stores - for what reason we have yet to be informed.

If it’s to stop rainwater entering, my stores aren’t even one tenth of the area of the dirty yard water that goes into the stores. Or, if it’s to stop methane emissions, what happens to the gasses produced or indeed what will we do with the slurry if we aren’t allowed to spread on fields where soil nutrient levels are already at the optimum level.

The final route is farmers trying to maximise production to maintain any margins despite diminishing BPS payments.

Perhaps due to the lack of hard facts, this might be better described as a roundabout with farmers getting dizzy looking down each road to find some sort of credible destination that will provide some sort of future. Is becoming Percy the Park Keeper the only solution?

For some, the existence of living on the knife edge, these decisions will happen too late. Margins have been squeezed so tight that only a small detrimental influence can mean financial ruin.

Rising fertiliser, feed and fuel prices, loss of important crop sprays and poor contracts with processors will all play their part.

Farmers, me included, have the habit of increasing the days and hours we work in the chase for sustainability, which unfortunately means our businesses become increasingly exposed to risk of sickness or ill health.

This ill health can, and often does, become a mental health problem. Perhaps sometimes the rare cases of the mistreatment of animals, which we all must condone, are the result of these mental health issues?

Unless farmers receive fair reward for feeding our nation, I’m afraid these health issues will never go away. Told you I was in a bad mood.

On a lighter note, congratulations to Cheshire YFC, especially Jonty and Claudia, for finally getting to hold their rally day at the Cheshire Show Ground which was a great success with a notable number of new young members attending and competing.

One thing that did make me smile were the rules regarding the tug of war.

Rule one: No smoking or drinking whilst pulling on the rope.

Rule two: Clubs purposely letting go of the rope will be disqualified.