If you had told me nine years ago that I would take on our family farm and pursue a career in dairy, I would have asked you what horrific head injury would cause me to make such a decision.

Back then I had finished my degree in English Literature and creative writing, and I was planning to go travelling.

However, due to my father’s decreasing health, I was asked if I would manage the farm for a short period until a plan could be put in place - I still haven’t left. 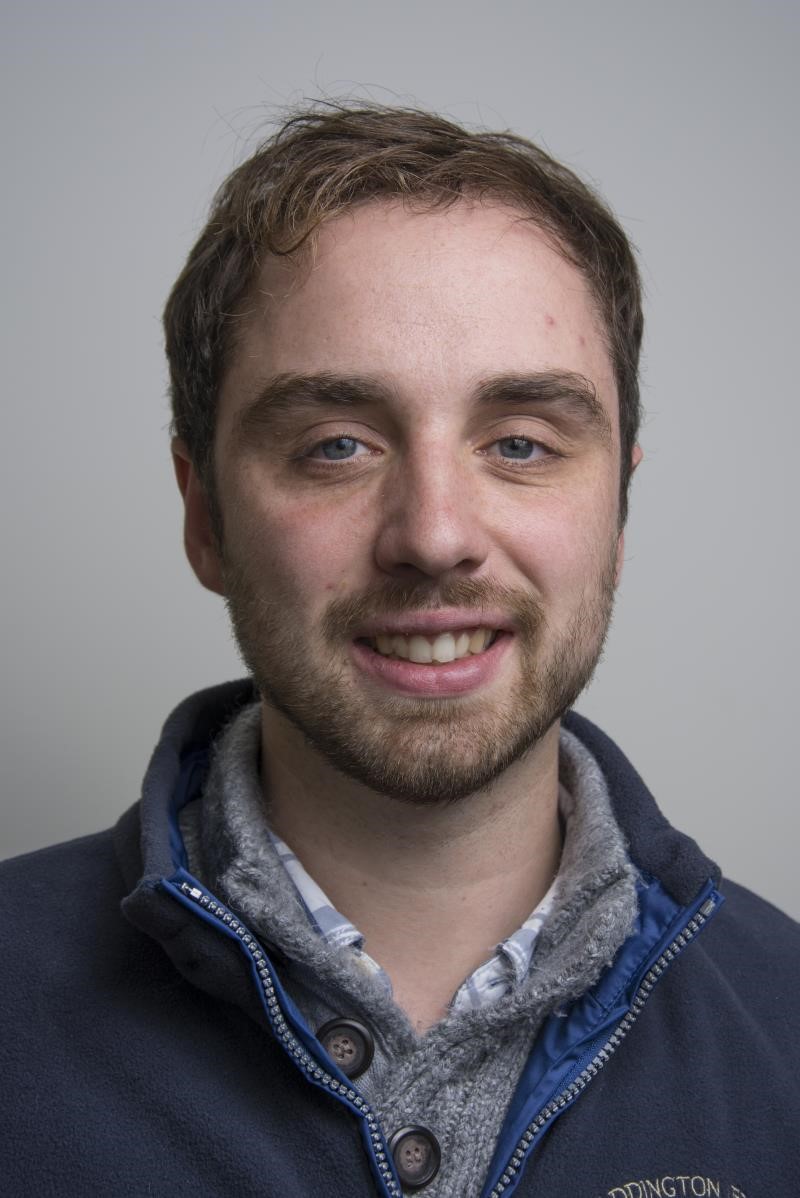 As I learnt more about the farm and the various challenges we were facing at the time, something genetic began to bubble inside me. I became fascinated with solving these problems and creating a future in dairy.

Now my father was a very traditional man, which is putting it very mildly, and we had a lot of old buildings, which had suited the original Friesians very well, but were far to small for the 160 modern Holsteins he was milking at the time.

There were two options, new buildings, or new cows and as far as I was concerned there was only one breed I wanted to milk - Jerseys.

These brown cows were what drew me to a future in agriculture and there are two versions of how they first came to Baddington Farm.

If you had asked my father, he would have told you that I came and said ‘Dad, I want to take over the farm, but only if I can convert us to a full pedigree herd of Jerseys,’ to which he said ‘Of course son. No problem.’

My version is slightly different, in that he replied with ‘over my dead body.’

However, it went, after a lot of discussion, number crunching and the odd bit of shouting, four in calf heifers arrived on the farm, to test my theory. Not long after, I poked my head into the straw yard and found one in the middle of calving, then I tempted fate. I said to my mother, if this calf is a heifer then we are destined to have Jerseys. Once out, I enthusiastically lifted that calf up like a scene from the Lion King and sure enough the first Baddington jersey, was a heifer.

From then on, we began phasing out the Holsteins until we had a herd of 160 pedigree Jerseys.

It was clear they fit our facilities better and we were able to produce more fat and protein, which added value to our milk price. They just fit, to the point where even my father became a fan of what had once been dubbed, small, brown useless things.

Over the years we built the numbers and the quality of our herd and I went on every course available to try and build my knowledge about herd management.

An opportunity that was invaluable to me was when I won the UK Jersey society youth travel award, that sent me around America and Canada. 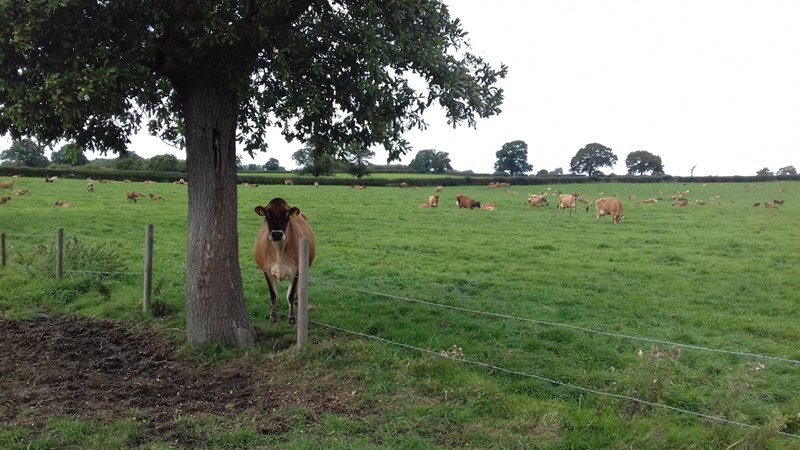 It was a turning point in my career, and I met some amazing people who have been mentors to me ever since. I not only learnt about the breed and genetics, but also the differences in Jersey nutrition and care.

I came back with a firm idea of the type of cow I wanted to breed and the bulls I wanted to use.

I love the daily challenges of farming and that’s what drives me with the business, but my passion is breeding.

I am always striving to breed that high yielding, efficient cow with superior type. It’s an ongoing challenge, but one I love and in June 2016 we were honoured to be part of the World Jersey Cattle Bureau’s tour of the UK. Approximately 120 people from all around the world came to view our herd and our business.

It was our first time showcasing what we had done during the last five years and we stood together as a family, proud of what we had achieved.

The only person, who could not be with us, was my father. He was sadly trapped in the hospice for further treatment, but I had a t-shirt made for him that had our logo on it, so that he could wear it in the hospice on the day of the visit.

In common with a lot of farming fathers and sons, we had not had an easy relationship - far from it. However, he was thrilled with his t-shirt and to be a part of the day.

I always said I knew if my dad approved of what I had done if he never said anything. For the first time, he turned to me and told me how proud he was. Sadly, the day after the visit, his health took a turn for the worse and two weeks later, he passed away.

A year later our only full-time worker decided, with a growing family, that he wanted a job with less hours and amicably left.

So, we were left with a decision, pay out a wage to somebody else, or take on the extra work ourselves and use that money to improve our facilities.

I had always done everything to do with the cows. My mother was always calves, and office work and it was then that my younger brother took on the tractor work. Which was lucky as it is a well-known fact that I only have to sit on a tractor and something bends or bursts into flames, like a scene from the exorcist.

Since then we have invested in a new parlour, automatic calf feeders and we have just put new mats in the cubicle shed.

As I have said, the breeding side of things is my passion, but 99% of my friends are nothing to do with farming, so when I tell them I spend most of my nights pouring over semen catalogues, it can be confusing.

They also ask me the same thing, when they hear about the long hours and the low milk price and the sheer commitment of this job - ‘why do you do it?’

In these uncertain times of Covid-19, the anti-farming lobby, Brexit, and unstable markets, that question can really make you think.

I think it takes many things to be a farmer. A good work ethic, passion and resilience are all obvious ones, but I also think a slight bit of insanity helps, because lets face it the person who says I want to get covered in cow muck, while I’m being kicked, in all weathers, so somebody can call me a murderer and get paid very little for it, has got to be slightly mentally unhinged.

Even so, we all plan and move forward and progress as best we can, because we all hope for a bright future for agriculture and we are right to hope.

During Covid-19 the public has shown its support for British farming, with it becoming clear how important locally produced food is and what a vital industry ours is.

If you had asked me nine years ago if I would be a dairy farmer, I would have told you never in a million years. If you ask me now, I can honestly say there is nothing I would rather do.