For those in the know, Christmas time on a farm is unique.

Near Kendal, sits the 1,600-acre Sizergh estate gifted to the National Trust by the Strickland family. It includes three farms and at one, Low Sizergh, the Park family are celebrating the 40th Christmas since they took on the tenancy.

Marjorie and John moved the family there from a tenanted farm, off a single-track road in rural north Lancashire, in 1980. 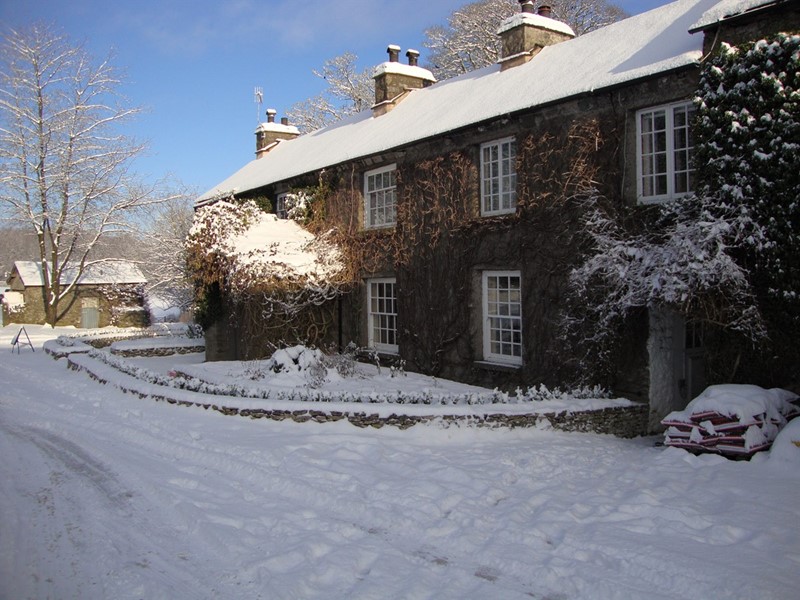 “John and I were both returning to our South Lakes farming roots” says Marjorie, “but in 1980 I was also taking a new direction into the teaching profession after graduating with a degree in education.”

On the main arterial route between the M6 and the Lake District, Low Sizergh today is farmed by their son Richard, his wife Judith and their son Matthew.

Across the 400-acre farm, Richard keeps 170 cross bred Holsteins, Swedish Red and Montbeliards as well as 700 hens, and a flock of 200 Swaledale and Mule sheep.

Marjorie and John ’s daughter Alison looks after the farm shop and café.

John Park recalls the family’s first Christmas at Low Sizergh as one that saw them using their first investment, a new second-hand milking parlour. Adding that it’s the three-generation tenancy agreement which has given them the confidence to continue investing in the farm business.

Necessity has been the mother of invention as the family work hard to ensure the farm is sustainable and resilient. From offering pick-your-own in 1987, to opening a farm shop and café in 1991 a farm trail in 2002, and a small caravan and campsite in July 2020; diversification has served them well. 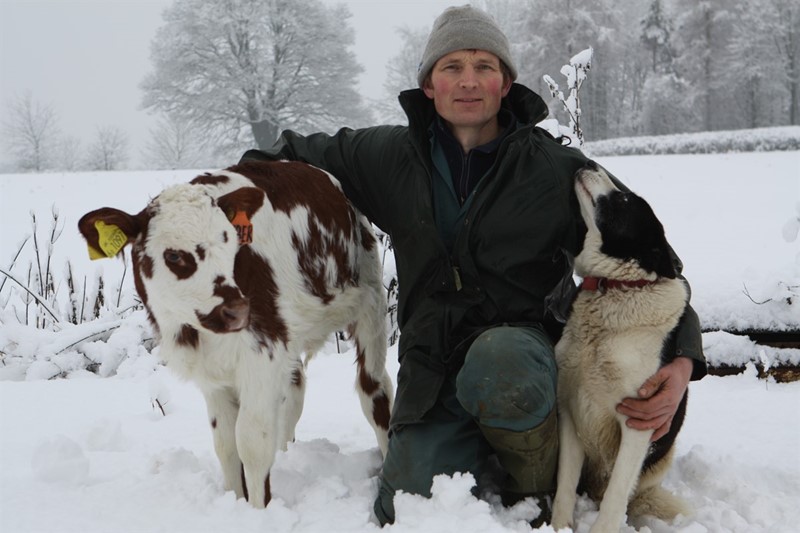 It remains their goal to run the farm in a way that is good for the land, the livestock, the environment and the wider community – including farm shop stockists and the farm-based mental health charity, Growing Well.

Food definitely defines Christmas on the farm says Alison: “It starts in the autumn when we turn our orchard fruit into chutneys for the farm shop. As we get nearer to Christmas the café is full of people tucking into turkey dinners. I do hope that will be allowed to happen again this Christmas.

“Then the orders come in for the fully traceable meat from local farmers, game keepers and butchers and for other shop specialities. Pride of place in the cheese counter is given to our own, Kendal Creamy, made with organic milk from the Low Sizergh herd by Chris Sandham of Rostock Dairy. We also get requests for Christmas hampers, one year we had to set up a production line to cope with an order from a Manchester factory for nearly 600,” adds Alison.

It’s a time of the year when good food makes celebration meals that bit more special. It’s lovely to have become part of our customers’ holiday tradition. Including the occasional year of deep snow when getting orders to people can be challenging. One year a couple walked over to collect their 18lb turkey and were about to set off back home laden-down. Fortunately, my dad John was on hand in his 4x4 to take them, and their turkey home. 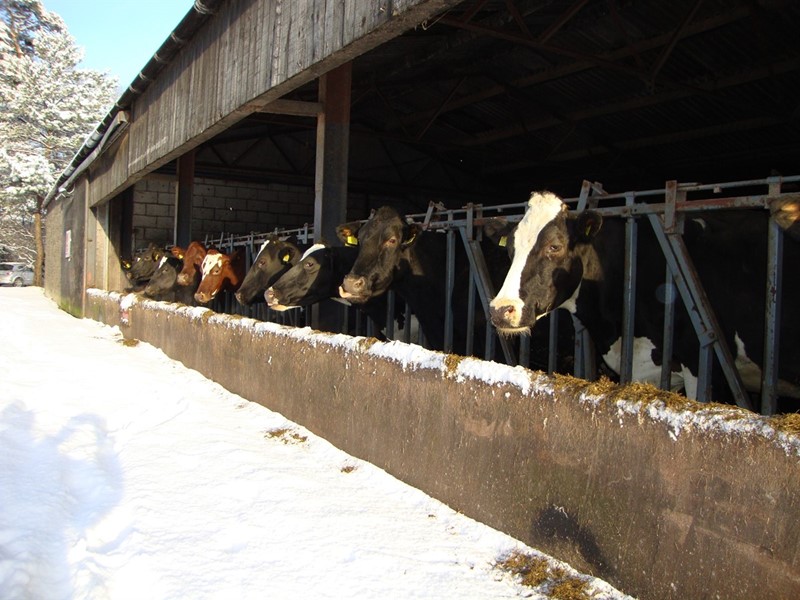 When the family do stop for Christmas, there are some wonderful family traditions as Alison explains: “When I was little there was an agonising wait before we could open our presents. Jobs like milking the cows, sorting out their feed and bedding had to be done first. Now my brother Ricard admits that milking the cows on Christmas Day is actually quite a pleasure even at 4.30am. The road is quiet and as long as there are no animal ailments, frozen pipes or machine breakdowns to sort, and the essential jobs are done, then it’s into the farmhouse for a big breakfast.”

One Christmas the machine loader failed recounts Richard. Fortunately, it wasn’t long before the fault was found and silver foil deployed to fix the fuse.

“On Boxing Day,” continues Alison, “there’s a yew tree on the Sizergh estate that dates from Roman times that we like to visit. We used to be able to get the kids to hold hands around its girth, which is about 10 metres. Then we’d return to the farmhouse for tea and a slide show, a tradition that’s fallen by the wayside with pics being shared on mobile phones, as a solitary activity.”

The family regard the period between Christmas and New Year as down time. As long as “nowt dees or takes any ‘arm” things are taken a bit easy on the farm says Richard and duties are shared out. That includes Paul Seward, who’s integral to day to day life, working on the farm since he was a lad of 16 – an incredible 28 years ago.

The final word on Christmas goes to John Park. Writing in December 1994, in his last monthly column as chairman of the Cumbria branch of the NFU, John writes:

“It’s a time of year when people can fail to understand the longstanding, unwritten and generally very effective arrangement farmers have with their animals. Which is that we look after them and they look after us, and that is a 365 day per year commitment.”

John ends his column with a passage from a book written in 1938 by a past Minister of Agriculture. 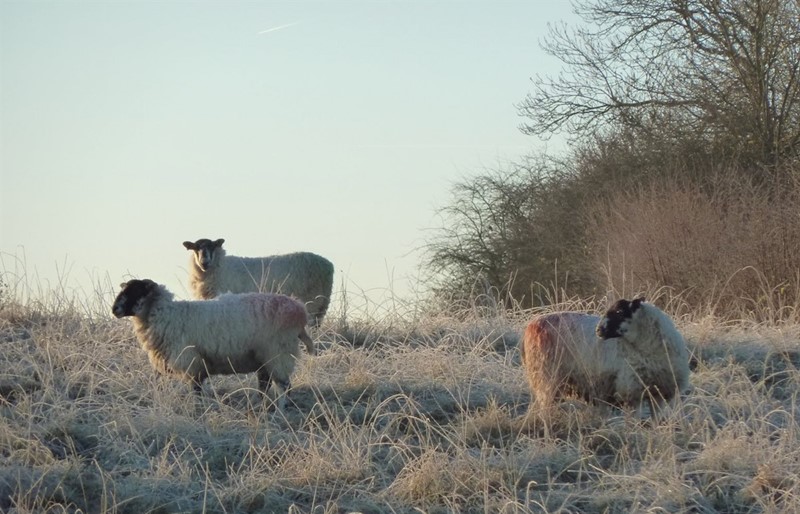 “‘We ought to have a prosperous countryside. The agricultural industry should be full of enterprise; it should attract ability and make a ready use of the increased powers that advancing knowledge provides us with; above all it should provide a secure and contented life for those who work in it. Only so far as we can bring these things about can we re-people our villages or make the best of our land.’

“It’s a sentiment that rings true particularly in what has been one of the most challenging of years,” says John.

Low Sizergh’s farm shop, café and trail is open every day except Christmas Day, Boxing Day and News Year’s Day. For opening times and other information, including details of Christmas food to order please visit http://www.lowsizerghbarn.co.uk