Hannah Binns from Lancashire is one of eight young farmers who have landed starring roles representing British farming in one of the most popular historic civic pageants in the world.

The 802nd Lord Mayor’s Show takes place in November and the NFU will again be supporting The Worshipful Company of Farmers alongside New Holland to help take the Back British Farming message into the heart of the City of London.

The North West region will be represented by Hannah, 20, who lives at Hecklin Farm in Downham near Clitheroe, where her father Thomas keeps 2,500 sheep on 1,600 acres. 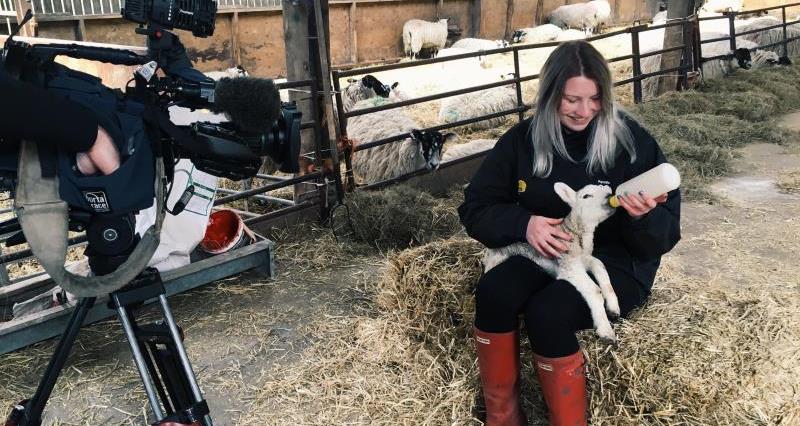 Hannah was chosen after the NFU launched a nationwide search to find young farmers who have made an outstanding contribution to the agricultural sector.

Her passion for the industry really shone through, especially the fact she jumped out off a plane at 15,000ft to raise money for farming charity RABI.

Hannah said: “I'm excited to work alongside the other seven young farmers in promoting our hardworking but rewarding industry. This experience is once in a lifetime and I cannot wait to grasp the opportunity to engage the general public in the #backbritishfarming message.”

NFU Vice President Guy Smith added: “It was a tough selection process from all the nominations we received. But I know the eight young farmers chosen will do a fantastic job on the day as they all share a passion and an enthusiasm about what they do – playing a vital role in producing the nation’s food. Farmers deliver for our economy, providing jobs and driving growth in rural communities. We provide the raw materials for a domestic food industry that employs 3.8m people and generates £109bn in value for the UK economy.