Student Ambassador for the North West Joe Bramall should be on campus at Harper Adams studying Agri-Business.

Instead, he’s multi-tasking, studying for his degree online while helping where he can with the family’s 230 Holstein cows at Well House Farm, just outside of Chester.

When British Farmer and Grower caught up with him in mid-February, he was wrapping up warm to go out and fix some bird-scarers. 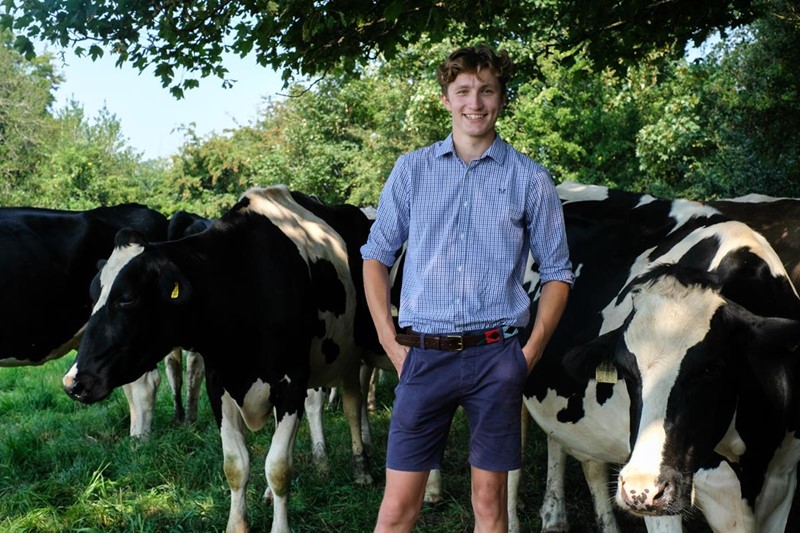 Twenty-year-old Joe, who is in the second year of his degree, is now in the middle of his stint as an NFU Ambassador and says the scheme has offered him a great deal, despite the pandemic restricting what is physically possible.

“A two-day induction about how the NFU operates brought all the ambassadors together and even though it was conducted via Zoom there was a lot of banter and friendship bonds established,” explained Joe.

“We’ve been lucky enough to speak with NFU President Minette Batters and her deputy Stuart Roberts.”

A main part of Joe’s remit is to engage with younger, non-farming audiences. Using social media platforms Tik-Tok and Instagram, he’s been able to do this successfully. He even ‘took over’ the NFU’s Instagram account for a day, concentrating on raising awareness of the positives of dairy farming. 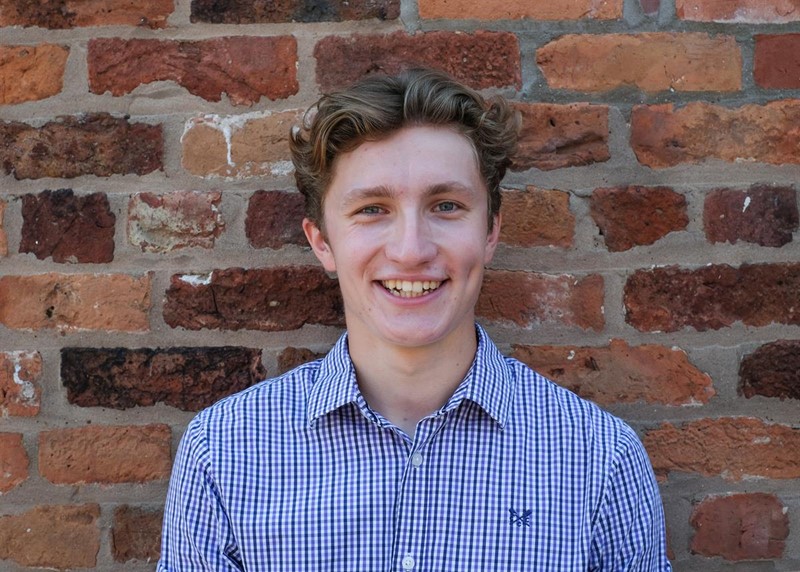 Joe added: “I was inundated with supportive messages from all sorts of people even though my Instagram takeover took place in January when the Veganuary campaign was in full swing.”

Joe has also participated in a few local BBC radio interviews, talking about the agriculture act and backing British farming.

Exciting times in the agri-food industry lie ahead for Joe who will join McDonalds’ Progressive Young Farmer Programme as part of his degree placement. At McDonalds he’ll experience the full beef supply chain, concentrating on the sustainability aspects of the business – from the farmyard to the restaurants.

Taking part in the NFU’s Student Ambassador programme has certainly advanced Joe’s range of skills. He would like to pay special tribute to both NFU features editor Orla McIlduff and British Farmer and Grower’s Huw Hopkins who have helped him perfect the written word in articles he’s written for industry publications.

“I’m writing a lot more because of them,” explained 20-year-old Joe.

“I recently sent off a letter to Farmers Weekly to discuss the statement Harper Adams released about Veganuary. Trolling people online can have a serious marginalising effect and we all must be careful not to take part in it. We want our industry to be perceived as an industry for the future not the past. We cannot be seen to be lowering ourselves to the level of some vegan activists.”

So, what’s next for Joe?

Well, he’s currently busy as part of the team putting together the next edition of NFU’s Student Farmer magazine- the ambassador takeover edition as it’s being dubbed.

Alongside this, he’s also getting involved with the NFU in Cheshire and has so far participated in a lot of county meetings, the ones involving MPs being of particular interest. All of this while studying and farming.

Joe said: “I’ve really enjoyed being an NFU Student Ambassador. Thankfully, my stint will be extended until at least the end of this year so I’m crossing my fingers that I may be able to attend one or two physical NFU events before the end of my term.”