When 24-year-old Matthew Rollason’s parents bought a caravan on a farm near Lancaster, their little boy decided there and then that agriculture would be his future.

Agriculture courses at Myerscough College followed by four years of study at Harper Adams University has resulted in the lad with no farming background gaining a degree in Agriculture and Animal Science BSc (Hons) and a role as Agriculture and R&D Projects Team Leader for Dunbia Group, based in Sawley, Lancashire. 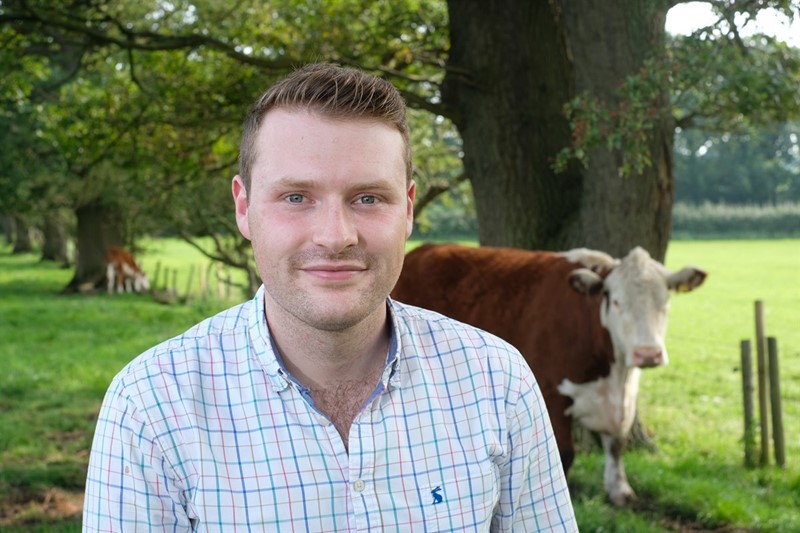 The NFU Student Ambassador said: “I am really enjoying getting my teeth into my role at Dunbia. I have been with the company for more than two years now after having first completed their graduate training programme.”

With so many positive things happening for Matthew, who lives near Clitheroe, one of his few disappointments has been the inability for him, as an NFU Student Ambassador, to attend events, conferences and shows because of Covid-19 restrictions.

Matthew said: “It has been such a shame. I am the sort of person who thrives on face-to-face events, but these have understandably had to be sacrificed in the last 12 months due to the pandemic. I am delighted that we will have our NFU Student Ambassador roles extended into 2022 as I am very keen to attend the Lord Mayor’s Show in London and the NFU Conference.

“However, I am not saying this year has not been busy already as an NFU Student Ambassador – it certainly has. I have enjoyed engaging with the press and realised my skills are particularly well suited to dealing with print and radio journalists rather than social media.”

Owning his own farm one day is certainly not off the cards for Matthew who has just purchased a smallholding and has cemented his foundations with two pedigree Hereford females under the New Dawn prefix.

“We all have to start somewhere,” added Matthew.