The training of police officers in sheep and cattle handling continued in July when officers from Cheshire, Lancashire, Avon & Somerset and the British Transport Police visited John Taylor’s Lots House Farm in Lancaster and Graham Young’s Greenhurst Farm in Blackburn.

Thanks to the NFU Mutual and the National Vehicle Crime Intelligence Service, learning about how to identify stolen farm machinery has been added onto the course. Thieves regularly take the chassis numbers off, so the police need to know where else to check. 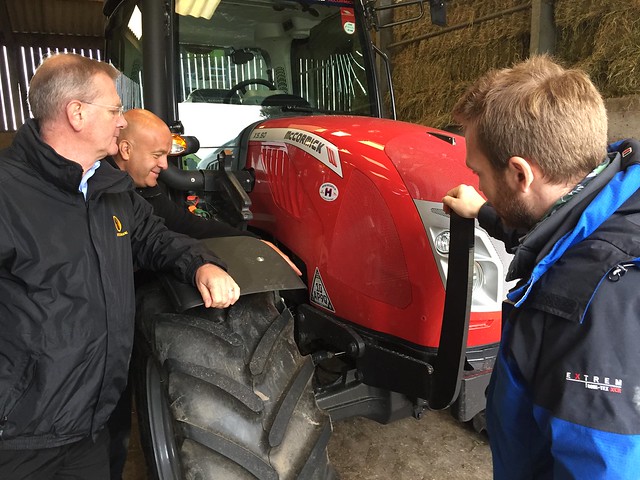 PC John Newitt, who is a police officer for Lancashire Constabulary in Chorley, said: “The cost of these animals has really surprised me. I’ve spent a lot of my career so far in Preston where Sat-Navs seem to be the fashion to steal. I had no idea sheep are worth so much more with many averaging £250.

“Of more importance though is if a farmer has his livestock taken, he also loses his livelihood. I’ve also realised that I have to create networks with the farmers in my patch. They are the eyes and ears of the countryside and can point us to the areas we should be focussing upon.”