The Auctioneer in Carlisle was a fitting venue for the NFU Vice President and Dr Neil Hudson MP to get stuck into the challenges facing the red meat sector in Cumbria.

Over breakfast, NFU members questioned NFU Vice President Tom Bradshaw and the Penrith and The Border constituency MP about trade, subsidies, market trends and how new transport rules are a challenge for abattoirs.

Chaired by NFU Cumbria County Chairman Ian Bowness, it’s the first time the lobbying organisation has been able to get a presidential officeholder in front of members in the county for 18 months.

NFU Vice President Tom Bradshaw said: “For once we are actually seeing prices in the red meat sector at levels, we can make a profit. At the beginning of the pandemic the NFU was really concerned when demand appeared to centre solely around mince. 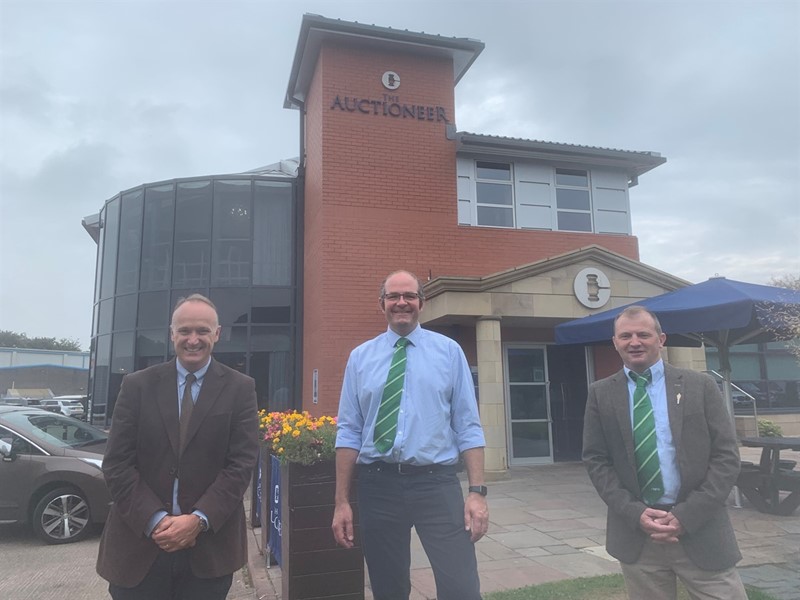 “However, when Polish mince remained on supermarket shelves unpurchased, we began to realise that the British public wanted to buy British produced red meat. This support is vital as we prepare to go through the biggest changes our industry has ever encountered.

“BPS provides our profit margin. How are we going to replace that? There are a lot of threats that could stop us making money from the commercial elements of our businesses.

“Dr Neil Hudson has been a champion for standing up for our high animal welfare standards but at the moment future trade deals expose us to more competition undermining our values and undercutting us in the marketplace.”

Mr Bradshaw also acknowledged that in Cumbria, farmers face challenges with house price inflation and tenancy which could impede succession.

He added: “As it stands for a tenant in Cumbria, moving off a farm and remaining in the local area is an option very few can afford. This was a message I received loud and clear from our members at the Westmorland Show.”

Dr Hudson was also on the panel. Elected to the Penrith and The Border constituency in December 2019 he’s the only vet in the House of Commons.

“Since being elected I have rebelled against the Government many times. I want to stand up for my constituents. I have an interest in the trade and agriculture bills. I am passionate that we uphold our high welfare standards. Britain should be a beacon to the world for animal welfare and via my role on the Efra committee I’ll be holding ministers to account.”

When discussion turned to the future of subsidy and government support Mr Bradshaw concluded: “We are at a crossroads. Does this government want us to be business focussed or do they want us to focus on the environment? We have a responsibility to the landscape around us and the people who work for us, but everything needs to be adequately funded. The real problem has always been the value of food in this country. It’s the third cheapest in the world.”

Shorter maximum journey times for live animals was an issue some in the audience at The Auctioneer were very concerned about, arguing that it could put some abattoirs out of business.

Mr Hudson added: “I believe the abattoir sector needs to be centralised. We need to bring more smaller local abattoirs back to create jobs and improve animal welfare, especially in the area of transport.”