A tractor cavalcade rumbled along the Cumbrian roads to deliver an important message to the public.

Around 80 machines took part in the Cumbria Young Farmers event, with lead tractors hauling a trailer carrying the banner: ‘Protect our Farming Future, Save Newton Rigg College.’ The Penrith-based college is earmarked for closure next year.

The county’s young farmers set off from Broughton in the south, Drigg in the west and Longtown in the north of the county. 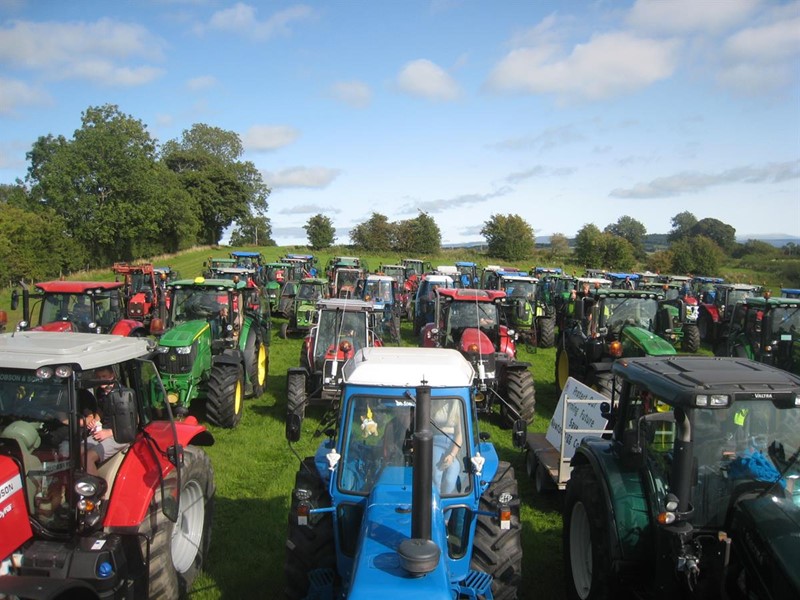 Many thousands of young farmers have passed through the college’s doors since Newton Rigg opened and Cumbria YFC County Office has been situated at the college for over 80 years.

The idea for a tractor relay in support of Newton Rigg College came from Sedbergh young farmer, Ruby Allan, 17, and her mum, Linda.

Linda said: “As our eldest daughter is in the middle of her Level 2 agriculture course at Newton Rigg, the proposed forthcoming closure of the facility was very much felt in our household. I felt it was important to think of something that our family could do as means to support the college.”

The relay tractor run had been postponed due to part of the event taking place in a potential Covid-19 hotspot – the Eden Valley.

Cumbria YFC county president Judith Emmott said Newton Rigg was more than an agricultural college. “It is where lifelong friendships are formed and it gives them the grounding and support that will set them up for life,” she said.

“The tractor run is the young farmers’ way of showing everybody how much the college is valued.”

John Stevenson, MP for Carlisle, said: “Newton Rigg College is an extremely important further education and training provider for the local area. I hope Cumbria YFC had a successful tractor run in support of the college. A different challenge, which I hope they enjoyed.”

MP for Penrith and The Border, Dr Neil Hudson said: “It was humbling and heartening to join with Cumbria Young Farmers’ tractor run in support of Newton Rigg. We will keep working hard to save the college.”