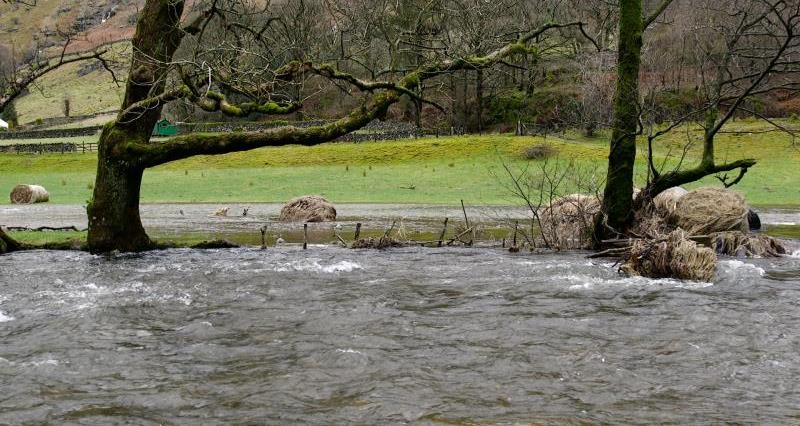 The Cumbria Farming Flood Action Group has been honoured with the Farmers Guardian Farming Hero of the Year Award at the British Farming Awards.

It wasn’t predicted, it wasn’t expected and a response in order to deal with the aftermath certainly hadn’t been planned for.

But when 1.15 million litres of rain fell on already sodden Cumbrian ground, leading to the worst flooding the county had seen in a lifetime – help was needed, and quickly.

It’s fair to say Storm Desmond, which made an unexpected and unwelcome appearance in December 2015, proved that the support network that surrounds the Cumbrian agricultural industry is something that ought to be cherished and celebrated. 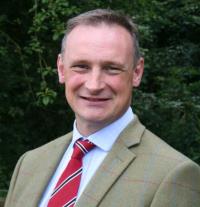 NFU North West Regional Director David Hall was one of the founders of the group and, with the help of NFU’s Membership and Regions Directorate, provided the funding to employ a full time staff member in Jenny Willis to support farmers in the area.

David said: “Competitors and strangers instantly put their personal and business priorities on the backburner, gathered together, formed a group and managed to ease the pain and suffering for the hundreds of Cumbrian farmers they work with on a daily basis. Storm Desmond hit the farming community hard with many losing stock, fencing and walls. Then there were those who faced the task of clearing thousands of tonnes of gravel from their land.”

The awards ceremony, which is now in its fourth year, was held last night at the Chateau Impney Hotel, Droitwich. Olympian Sally Gunnell OBE, a farmer’s daughter who hails from Chigwell, Essex, attended as the guest speaker.

RABI Regional Manager Georgina Lamb said: “It's an excellent example of how the sum of the total is greater than the whole and, importantly, will leave a long lasting legacy. If the organisations that make up the group had not come together, there would have been hundreds of man hours wasted in duplicated effort which would have led to greater confusion for the farming community during the flood.

"Each member played to their strengths and ensured the best possible outcome. Good working relationships have been developed between the members and channels of communication are now faster and stronger than they were previously.”

Adam Day, managing director for The Farmers Network added: “We were able to provide vital support to farmers who were most in need during these terrible floods. It’s been a tough road but the group can be really proud of the results we all achieved by coming together and it’s capped off by collecting this special award. Farm businesses need our ongoing support during these uncertain times so I hope this award encourages others to work together to help our rural communities.”

What the Cumbria Farming Flood Action Group did...

A farmer who was helped by CFFAG writes... 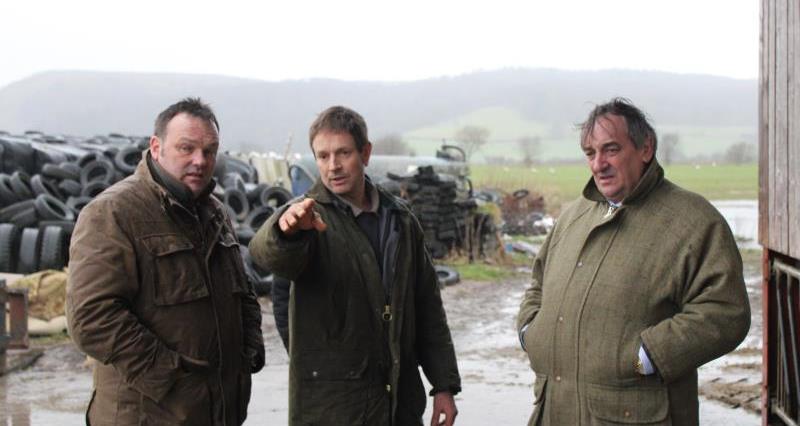 “After Storm Desmond struck in December we were left with a flooded house, cottage and farm buildings. Also nearly all the fields were under several feet of water. In the aftermath of all this chaos the Cumbria Farming Flood Action Group was quickly formed bringing together a whole host of organisations to act collectively as one.

This one coherent group made a massive difference to flood affected farmers by firstly assessing the extent of damage and then laying the foundations for farmers to access funding to cover uninsured losses. This was a great relief in a time of immense stress. This is why I think Cumbria Farming Flood Action Group is a worthy winner of the Farming Hero of the Year Award.”