The vital role played by the South East countryside in boosting health and wellbeing during lockdown has been highlighted in a new survey.

Almost nine out of 10 (82.39%) people questioned in the region said that visiting the countryside and farmland had improved their physical or mental wellbeing – with more than half (52.06%) saying it had helped improve both.

More than one third (36%) said they spent more time in the countryside during lockdown and 45% said they now had greater appreciation of the British countryside and farmland than they did a year ago. 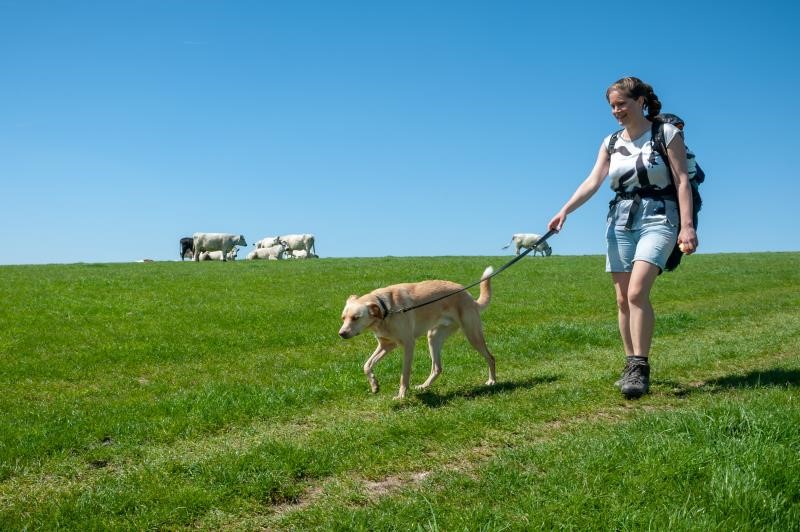 NFU South East Regional Board chairman David Exwood said: “For many months during lockdown, visiting the countryside was the only recreation and exercise many people were able to enjoy and it’s heartening to discover that this really has boosted the nation’s health and well-being.

“The survey confirms that connecting people with rural areas they may never have visited before can leave a long-term legacy of greater appreciation, valuing and use of the countryside, besides improving health and wellbeing.

“Countless popular rural tourist spots are working farmland, with many farmers working hard to maintain footpaths and public rights of way so visitors can enjoy our beautiful countryside.

“Knowing this, the NFU has created a suite of new #What’sInMyField footpath signs that enable farmers to tell people what’s growing, or grazing, in fields.  Visitors can read all about commonly-grown food crops or the farm animals they see, scanning a QR code on the sign with their smartphone to learn more.”

One of the key lessons learned from the COVID-19 outbreak has been the importance of people adhering to the Countryside Code when they visit the countryside for exercise or recreation. However, the sheer volume of visitors during lockdown and subsequently did cause issues in some areas, with trespass, crops trampled, footpaths widened and an increase in dog attacks on livestock.

Mr Exwood, of  Westons Farm, near Horsham, in West Sussex, explained: “It's important to always follow the guidance in the Countryside Code when visiting rural areas. Keep to footpaths and other public rights of way, leave gates as you find them, and take your rubbish home. If you have a dog keep it under effective control.

“Almost three quarters of respondents (73.85%) in our survey said they were somewhat or fully aware of the Countryside Code, but that still leaves about one quarter who know nothing about it and suggests more needs to be done to promote it.”

The role farmland plays in boosting physical and mental wellbeing has also been highlighted in the NFU’s Levelling Up Rural Britain report, launched in February.

The report says that farmers’ efforts to maintain, create or enhance public rights of way should be rewarded as part of new government farm funding schemes, provided they recognise the value, and preserve the integrity, of land used for food production.

Mr Exwood added: “Farmers want people to engage with where their food comes from. It remains of huge importance that this access and engagement is achieved in a responsible way and the fact that much of this land is a working environment is recognised, and respected, by the public and decision-makers alike.”