They briefed the MP during a meeting at Norton Farm, Selborne where host farmers Andrew and Kate Faulkner gave a guided tour of the farm, showing conservation measures.

During a farm walk, Kate outlined the work of the Selborne Landscape Partnership, a farmer-led group working on landscape scale conservation and helping species including the harvest mouse and farmland birds. She outlined the new Environmental Land Management scheme and NFU policy responses on this new scheme which is in development. The MP was also updated on the Agriculture Bill and the Lords’ amendments to this bill that will lead to the formation of a trade and food standards commission as campaigned for by the NFU. Inevitably the meeting covered Brexit, concerns on tariffs and trade deals. 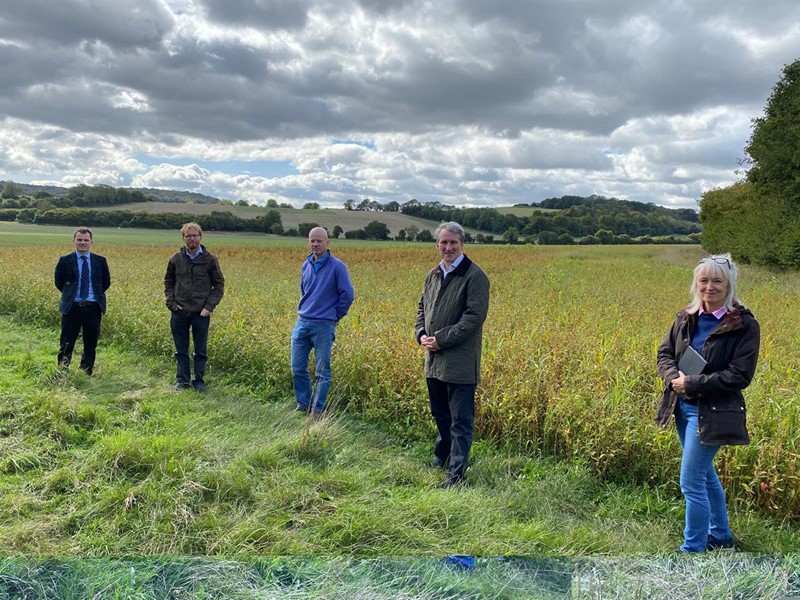