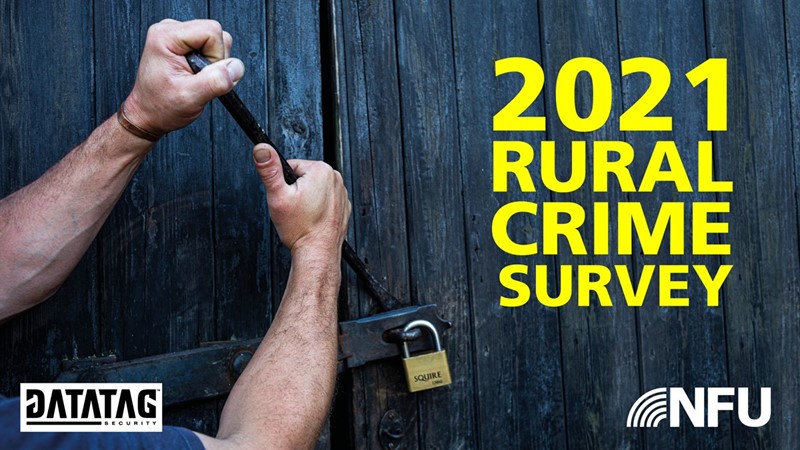 The NFU is calling for more resources to tackle rural crime in the South East after a survey revealed the serious impact it is having on farming families and farm businesses.

Hundreds of members from across the region took part in the NFU’s rural crime survey, with the most common crimes suffered including fly tipping, theft, burglary and hare coursing. And farmers and growers from the South East (59%) were most likely to have experienced more than one crime during 2020.

On average, farmers surveyed have invested £3,994 on crime prevention measures over the past five years. But this figure was highest in the South East where an average of £6,358 was invested.

The survey was conducted by the NFU’s research team to help assess the level of rural crime, ahead of the Police and Crime Commissioner elections on 6 May.

NFU South East Regional Director William White said: “The prevention and deterrence of rural crime must be a priority for future police and crime commissioners, as we’re explaining when we meet them in the run up to the PCC elections on 6 May. NFU’s rural crime survey shows that the region’s farmers and growers  experience the adverse impacts of rural crime on a perennial basis, including serious, acquisitive organised crime such as the theft of high value machinery and GPS kits. The most common types of rural crime are fly-tipping, trespass, theft and burglary, and the cumulative impacts of these on our members makes running a farm business very difficult.

“We also know from our own experience that livestock worrying – dog attacks on sheep and cattle – is a huge problem and legislative change, with tougher penalties, cannot come quickly enough.”

NFU South East has already held a number of virtual meetings with prospective police and crime commissioners to highlight these issues and more are in the pipeline. The NFU is hoping that future PCCs make the prevention and deterrence of rural crime a fundamental element of their police and crime plans for policing and community safety in their areas.

The NFU’s rural crime survey showed 31% of all farmers nationwide experienced at least one crime during 2020. Crime victims across the country were most likely to report at least one instance of the following: fly-tipping, trespass, theft and burglary. In the region, the picture is similar.

• Fly-tipping – in the South East, 49% of crime victims reported at least one instance

• Trespass - in the South East, 44% of crime victims reported at least one instance