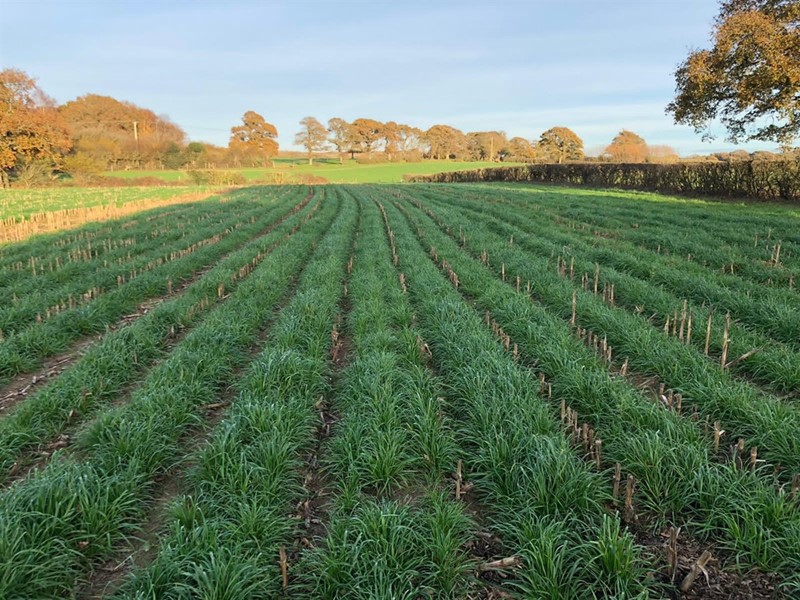 South East Water is once again offering payments to Sussex farmers to inter-row sow their maize crops with grass to protect soils and improve water quality.

The offer applies to those in the Ouse, Cuckmere, Wallers Haven and Eastern Rother catchments, but there are also other catchments in Kent and north Hampshire where support is now being offered (see below).

Trials show that maize crop yields are unaffected by inter-row sowing and, in fact, the end result from sowing Italian rye or similar grasses, is improved soil structure and better nutrient retention. This ultimately delivers better conditions for field work and can help growers comply with legislation such as the Farming Rules for Water and GAEC.

After harvest, the grass continues to cover soil during winter. It can be grazed, providing keep for sheep, which may generate extra income, and should be destroyed during February, ahead of any spring drilling which should only take place when soil temperatures are optimum.

For 2021/22, farmers in the Ouse, Cuckmere, Wallers Haven and Eastern Rother catchments, as last year, can access the following financial support for both methods of inter-row grass establishment – either at establishment or at around the six-leaf stage, drilling with a modified conventional drill.

Financial support for farmers to inter-row sow their maize crop with grass:

A £50,000 soil innovation fund has also been launched in Sussex to combat the high turbidity (sediment) levels found in the Ouse and the Eastern Rother. Farmers can apply to reclaim 50% of the cost of innovative projects, up to a total of £10,000. Experts will support successful applicants with soil sampling, analysis and other monitoring as part of the scheme. Costs could include seeds, establishment costs, equipment or capital items.

Besides support for maize growers, farmers in the catchments listed below can apply for capital grant funding towards the creation of pesticide handling areas, rainwater harvesting and sowing cover crops.

For 2021/22, Capital Grants Scheme funding (which includes land management trials such as maize under sowing and cover crops) will be available.

Please check with your catchment adviser: