With harvest almost upon us, Scottish and Southern Electricity Networks (SSEN) Distribution is urging everyone across the farming community to stay safe when working near overhead power lines and poles.

In the past year, SSEN has seen a reduction in the number of incidents on farms and fields across its network, with 865 callouts compared to 910 the year before.

These reported incidents, on agricultural land across SSEN’s network areas, were the result of third-parties coming in to contact with the distribution operator’s poles, overhead lines and cables, resulting in local electricity supplies being disrupted and potentially causing serious injury, or worse, to those involved.

This year, SSEN carried out a research project with farmers operating across arable and livestock farms to explore safety behaviours, media habits, understanding of SSEN’s annual campaign and the dangers associated with overhead lines.

In response, following feedback provided during 15 hours of in-depth interviews, the network operator has launched a new safety campaign including direct ‘farmer-to-farmer’ advice and clear instructions to follow in an emergency.

SSEN’s new campaign, which launched this week, uses radio and online messaging in addition to the following guidance:

“Directly informed by the real-life insights and experience of the farming community, our new campaign gives farmers, their staff and contractors a quick heads up to stay safe while working in the fields this year.

“Before you head out on the farm, check the power lines above you. This is a small step that could make all the difference to staying safe and accident-free. If you do come in to contact with an overhead line or wooden electricity pole, stay in the cab if it’s safe to do so and call our teams immediately on 105.

“Thankfully, we’ve seen a reduction in the number of incidents across our network areas this past year, but every incident is one too many. While the agricultural landscape, and the farm machinery used on it, changes throughout the year, our vital safety message remains the same – look out, look up and look after yourself.”

SSEN is encouraging farmers and agricultural workers with any concerns relating to electrical infrastructure on their land to report this by sending a photograph directly to SSEN’s teams via the Power Track App, available to download on the App Store and Google Play Store.

If you would like further information on staying safe when working near power lines, please visit ssen.co.uk/farm-safety. 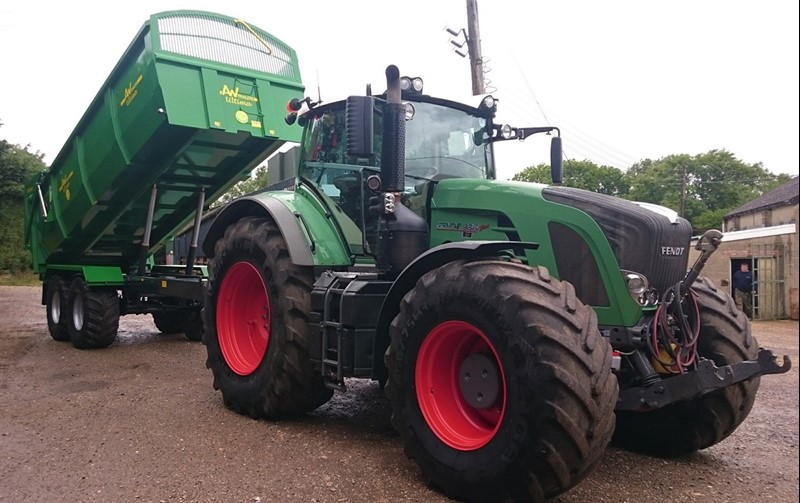