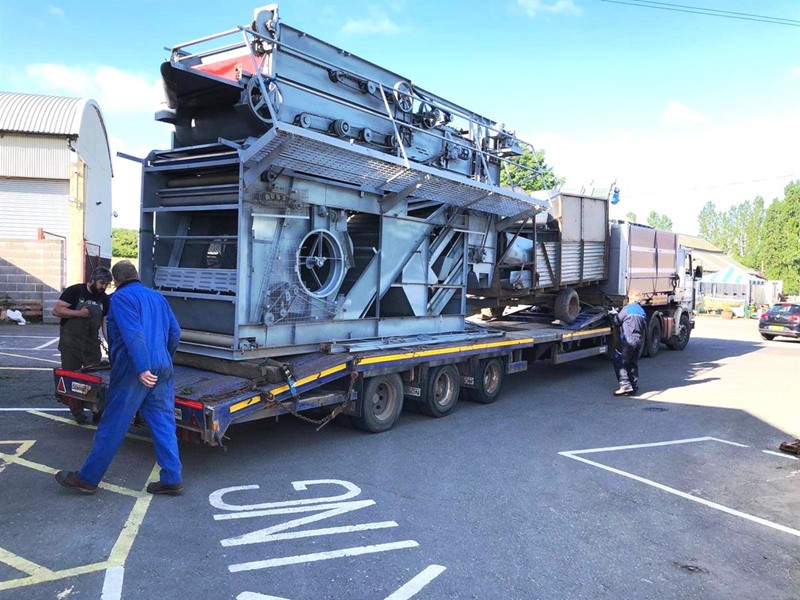 Hogs Back Brewery in Tongham, Surrey, has been harvesting its own hops during September, after commissioning equipment that enables it to pick, sort and dry the hops.

The new equipment allows Hogs Back to complete its own harvesting this year, rather than sub-contract the task as previously. From mid September, the Hogs Back team cut down the hop bines in its 8.5 acre hop garden next to the brewery, driving them just yards from the garden to be fed into a reconditioned Wolf hop picker- which carefully separates the hop cones, required for brewing, from the rest of the bines. The hop cones are then loaded into the kiln, 10 yards away, where they are dried, and then quickly vacuum packed to capture their flavour, and cold stored at 5°C on site until required.

The move speaks volumes for Hogs Back’s commitment to its hop garden, which it first planted in 2014, then expanded in a new location closer to the brewery last year. This will be the first full harvest from the new site.

Rupert Thompson, Hogs Back Brewery owner, said: “ Processing our hops at the brewery reduces our carbon footprint as now, the hops are moved just yards from the garden to the hop picker, hop kiln, storage and, when required, to the brewhouse where they are added to our beers. They never leave our site, so they really are travelling ‘from field to firkin in a furlong’, which has been our ambition since planting the original hop garden six years ago.”

Hogs Back has been harvesting three hop varieties this year: Fuggles, used in its flagship TEA or Traditional English Ale; English Cascade, used in its Hogstar lager and Surrey Nirvana Session IPA and Farnham White Bine, a traditional local variety that the brewer saved from near-extinction. Harvesting of the Fuggles and White Bine should be completed within seven days of start, while the Cascade hops were to be harvested at the end of September to allow them to ripen further. A 70% yield is expected from the hop garden this year.

Matthew King, Hogs Back’s hop garden manager, said: “This will be our sixth hop harvest and we’re confident it will be one of our best for hop quality. Each year, we’ve learned more about the best way to cultivate and harvest our hops, and having our own equipment this year gives us greater control, so we’ve been able to collect the hops at the optimum point, fully capturing the wonderful aromas that are then transferred into our beers.

“Hops thrive on heat and sunshine, but they also need water, so we’ve been grateful for the recent downpours.”