WALKERS IN HIGH WEALD ASKED TO FOLLOW THE COUNTRYSIDE CODE

The NFU has joined forces with High Weald AONB to remind people to follow the countryside code, with greater numbers venturing outdoors now the weather is warming up.

The two organisations are particularly appealing to walkers to keep dogs on a lead around farm animals, given livestock farmers’ concerns at the high incidence of dog attacks on sheep over the past few months. 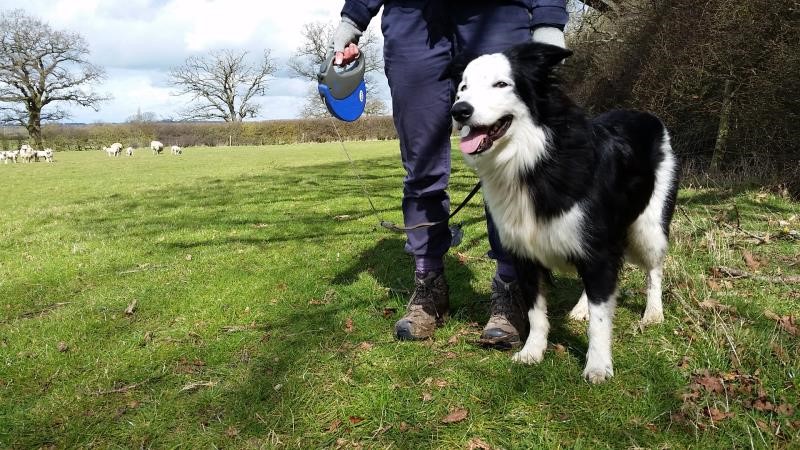 Kent NFU chairman William Alexander, who represents a number of those farming in the area, said: “Our farmers and land managers encourage you to follow signs, stick to designated foot paths and byways and #take the lead – keep your dogs on leads as there are peak numbers of sheep with lambs in fields at this time of year. All too often sheep, in particular, end up being killed or horribly mutilated by out-of-control pet dogs. If chased, sheep can die from stress and exhaustion and pregnant ewes (female sheep) can lose their lambs.

“Please remember that the farmed environment is our workplace so leave gates as you find them and avoiding trampling on crops that are being grown for human and animal food. We’d advise all visitors to plan ahead, use an Ordnance Survey map rather than an app and, importantly, we ask that everyone parks considerately in designated car parks. We’re going into a busy period on farms and farmers need to be able to move machinery freely through their gateways and along rural roads.”

Jason Lavender, co-director of the High Weald AONB Partnership, says: “Over the past year we’ve seen more people than ever exploring the High Weald’s extensive 2,395km network of footpaths, bridleways and byways. From its atmospheric woodland and spectacular rolling hills to its vibrant meadows and wildlife-rich hedgerows, this historic landscape has provided solace and recreation to many during a difficult time.

“However, the increased pressure from visitors – of the two and four-legged variety - has left some of our hardworking farmers and rural businesses counting the cost. We know that Sussex has a particularly high rate of dog attacks on sheep and cattle, and even being chased by a dog can cause farm animals significant harm.

“If you are out and about in the High Weald over the Bank Holiday weekend or beyond, please keep dogs under effective control around livestock. You can also support farmers by sticking to the marked footpaths, being careful not to trample on crops, leaving gates as you find them and ensuring we all practice the countryside code values of ‘Respect – Protect – Enjoy’. We ask everyone to act responsibly and enjoy the benefits that nature offers, while giving it the respect it deserves.”

If chased by cattle, the NFU reminds people they should release their dog off the lead and get themselves to safety.

The NFU is also campaigning for the countryside code to be taught in primary schools.