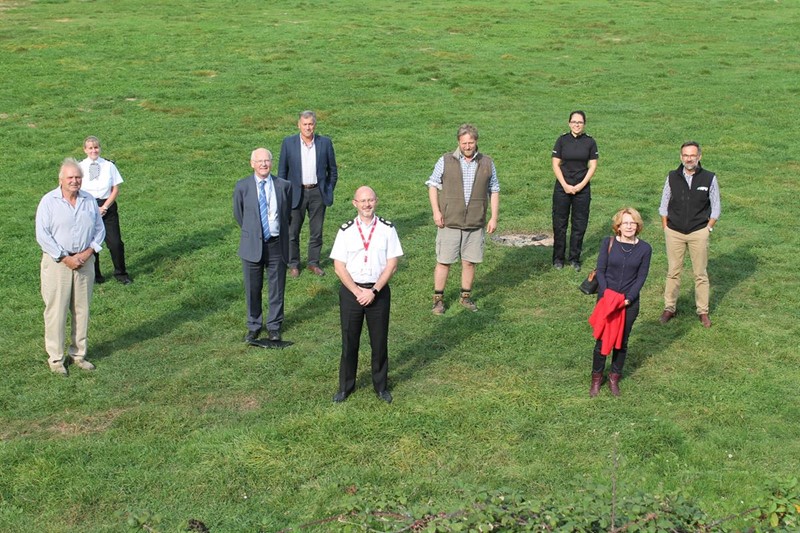 The NFU and CLA have called on Surrey Police to use some of its extra officers to tackle rural crime in the county, including offences linked to lockdown.

The two organisations held an annual liaison meeting with Surrey Police Chief Constable Gavin Stephens and Surrey Police and Crime Commissioner David Munro on a farm in the county.

The meeting considered the force’s approach to fighting rural crime, covering resources, current trends and how farmers and landowners can work in partnership with police.

It took place outdoors at Etherley Farm, Ockley, courtesy of Surrey NFU deputy chairman Richard Keen, who then gave a tour of his mixed holding.

Surrey NFU chairman Steve Conisbee, a farmer, grazier and butcher from Fetcham near Leatherhead, attended the meeting and heard the latest on the constabulary’s rural crime strategy, crime statistics and communications.

Mr Conisbee said: “We heard the good news that Surrey Police is gaining 250 extra officers during the course of the coming year, so called ‘Boris bobbies’, as part of a national programme to recruit 20,000 officers.

“We emphasised our wish to see some of these new officers being assigned to work with Surrey’s two rural officers, given the increases in rural crime within the county, particularly during lockdown.

“Farmers and growers, myself included, continue to report far too many incidents of livestock worrying, when dogs chase and attack sheep and cattle, along with fly-tipping, trespass and poaching.”

Mr Valenzia said: “Many farmers and landowners have seen a rise in issues since lockdown, especially around livestock worrying linked to increased access and a lack of knowledge of the countryside among a minority of visitors.

“The CLA has been actively promoting the Countryside Code and has called on the Education Secretary to reintroduce it onto the school curriculum. The police must also play their part; we are pleased to hear Surrey Police is getting extra officers and some of these must be used to fight rural crime in the county.

“We would also encourage all victims of crime to report incidents, to help the police build up a more complete picture and then resource the issues accordingly.”