The NFU has held talks with Chichester City Council to discuss the need for farmers, as food producers and key workers, to drive farm vehicles through the city using its ring road.

Chichester City Council requested the meeting following a serious accident between a cyclist and tractor trailer, along with ‘several complaints from residents concerned about safety and disturbance’ and ‘a perception of more movement of tractors and trailers through the residential areas’. The meeting’s aim was to provide for better understanding and communication of the issue.

The leading trade association for farmers and growers has pointed out that today’s tractors, while designed for off-road use, are more high-tech than the average family car, with numerous safety features. These include set speeds for road driving and some models feature automated systems to ensure that when a tractor slows down, if it is towing a trailer, the trailer automatically decelerates as well at the same rate.

West Sussex NFU chairman Mark Chandler, of Petworth, said: “The NFU took part in an online meeting which was essentially a discussion with the mayor of Chichester City Council, Councillor Richard Plowman, along with representatives of Sussex Police and West Sussex County Council highways department. We emphasised that there is a real need for farm vehicles to access Chichester as the city is at a crossroads for coast and countryside, and farmers need to go about their business of producing our food. Access is vital, particularly during peak times when crops are being harvested and fresh produce needs to be sent on its way to supermarkets and processors.” 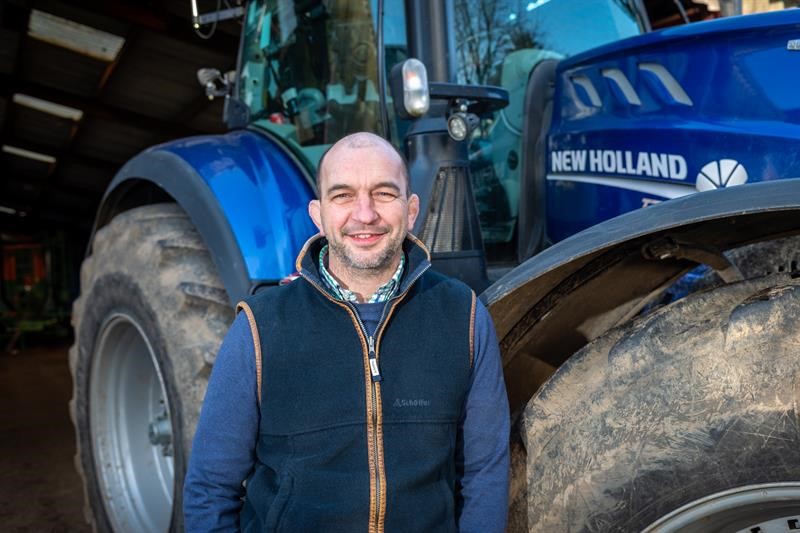 The meeting on 3 November was chaired by Chichester City’s Mayor, Councillor Richard Plowman, who said: “I would like to thank the NFU and all those who took part and feel we achieved the aim of a better understanding of the need for farm vehicle movements in the city centre and around the city’s ring road.”

To the south of Chichester lies the coastal plain with its productive farmland and England’s largest area of glasshouses, many of which grow protected edible crops. Inland, north of the city, there are more mixed farming enterprises, with arable crops, cattle and sheep, particularly on the edge of the South Downs and within the western Weald.