The NFU has welcomed news that the River Arun Internal Drainage Board in West Sussex will not be abolished after all.

In mid July, Defra decided against abolishing the River Arun Internal Drainage Board (IDB), having considered representations from stakeholders, including the NFU.

There had been plans to transfer land drainage responsibilities within the River Arun internal drainage district to local stakeholders who would become responsible for managing the watercourses locally. But all evidence was considered before a final decision was made this summer, including representations made by the NFU at a public inquiry that ran for six days in February 2018. 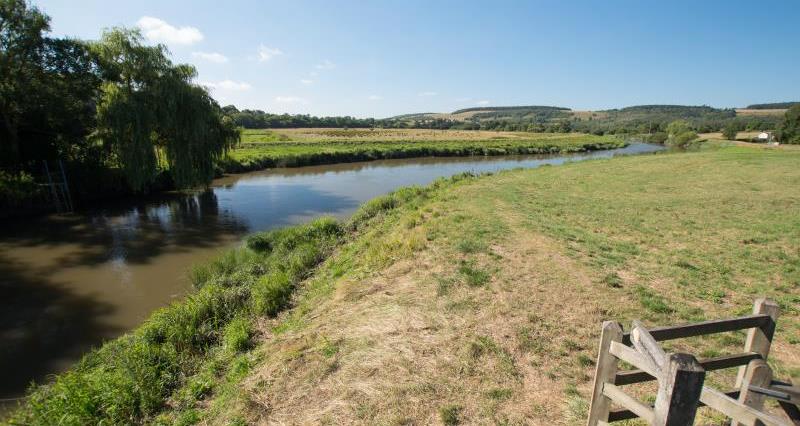 The NFU regards Internal Drainage Boards as a valuable mechanism that allows both public and private interests to collaborate and share funding on water management.

NFU South East Environment and Land Use Adviser Tom Ormesher writes: “We are very pleased that this July, Rebecca Pow MP, Secretary of State for the Department of Environment, Food and Rural Affairs (Defra), concluded that the River Arun IDB should not be abolished.

“In the public announcement, it is noted that the Environment Agency had ‘been unable to secure support locally in order for the land drainage responsibilities to be transferred. The Environment Agency has therefore concluded that they should withdraw the River Arun internal drainage district abolition scheme’, noting how careful consideration was given to all arguments put forward by parties in the local public inquiry.

“The NFU welcomes this outcome as we have been continuously campaigning for better local representation and control on water management issues. We’ve been representing members in this process since 2013, when the EA was instructed to review their involvement with Internal Drainage Boards –  IDBs – in South East England. In 2015/16, we were very pleased to take a key role in the formation of two new IDBs in Kent and East Sussex. And, in 2018, the NFU needed to step in as the lead objector in the local public inquiry concerning the River Arun IDB, where we made detailed representations on behalf of affected members.

“We’re therefore extremely pleased to hear that our representations have been heard and that we can now move forward in helping our members have more of a say in flood risk decisions in the catchment. Internal Drainage Boards are an extremely valuable way in which public and private interests can work and share funding on water management, so it is a relief to finally have some good news that this particular IDB will not be dissolved.”

The inspector who oversaw the local public inquiry in February 2018, Mr Clive Nield, recommended that the order for abolition should not be made in his report published on 14 May 2018.

Careful consideration was given to the inspector’s report and to all the arguments put forward by, or on behalf of, the parties associated with the local public inquiry.

The Environment Agency, having completed full Habitat Regulations Assessments (HRAs) in relation to the Pulborough Brooks and Waltham Brooks SSSIs, later announced it would withdraw the proposal for the River Arun internal drainage district abolition scheme. It confirmed its intention in a letter of 22 June to Defra, and the Secretary of State agreed.