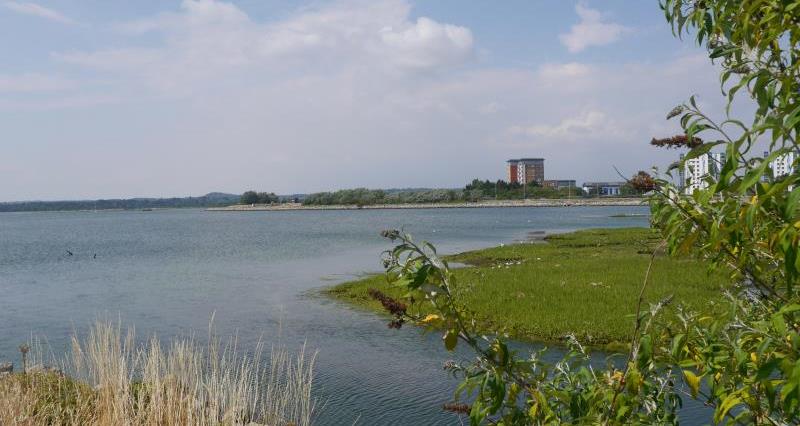 About the issues
Back in May 2017 the NFU emailed all members within the Poole harbour catchment to explain the regulatory pressure of farming with regard to water quality and diffuse pollution from agriculture. The email also warned about the potential of a Water Protection Zone (WPZ) being brought in, in specific areas, to tackle this issue.
A grouping of environmental organisations have put in a Judicial Review against Defra, which required Defra to show why they hadn’t used a WPZ as a delivery tool to improve the environmental status of Poole harbour and effectively to force farming and water companies to reduce their contribution of nitrogen (N) to the harbour.
This has increased the pressure significantly on Defra and consequently on farming, to dramatically reduce the level of N making its way into the harbour and using regulation to achieve this.
Over the past few years, the NFU has been working in conjunction with a number of farmers and other stakeholders discussing the main issue of nitrogen levels in the harbour. The two key sources of the nitrogen are from sewage and from agriculture. Consequently the agricultural sector has taken voluntary steps and has worked with successful initiatives to reduce N entering the harbour from within the catchment.
Despite this, the threat of a WPZ would seem to be very likely but there is hope for an alternative as is laid out later in this letter. Last summer the EA and NE released a draft report looking at the options for reducing nitrates (and phosphates) from farming. Their main method to achieve this is a WPZ.

What are the consequences of a WPZ?
What are the consequences of a WPZ? They are HUGE! Primarily this approach creates a lack of flexibility for farmers and a loss of control of, and more restrictions on your business. There will be extra regulation whereby ALL farmers, no matter how large or small, will have to manage their nutrients at an individual farm level: all with no funding to achieve this and likely more Environment Agency inspections. Farms would have to meet a nutrient threshold through compulsory accounting and failure to do so would lead to enforcement for a criminal offence.

What are the options?
The NFU has been, and still is, fighting strongly against a new regulation. We have provided scientific evidence and analysis to back up our position. The NFU believe there are four options for agriculture within the Poole harbour catchment:

The first option will not be acceptable to Defra. The second option is not acceptable to the NFU and farmers. The third option just delays option 2 and is thus unacceptable (please note that there is NO indication of there being less environmental regulation post Brexit). After initial consultation, farmers and the NFU support the fourth option.

An alternative solution with the PH Scheme
In the autumn of 2018, the NFU started putting together an alternative, non-regulatory approach to a WPZ and over the last few months, the NFU has been working with a small group of farmers, CSF and Wessex Water pulling this alternative approach into a viable option. This is an opportunity for the industry to take ownership of this issue, the farmers in the Poole harbour catchment have a good track record of working with CSF and Wessex Water and nutrient levels are falling in the harbour – but fundamentally not fast enough. Although this shows farmers can make the necessary changes, we now need to up our game. Importantly, the NFU’s initial talks with DEFRA show that they are strongly in favour of this new farmer-led approach.

What next?
We are now at a stage where the EA and NE will be sending in their final report; this will include our alternative to a WPZ. Whilst there is still a long way to go and the detail is still to be created, we at least have a better solution for farming that is controlled by farming.
The PH Scheme is being developed and funding sought. If you want to get involved or have questions then please contact  Louise Stratton, Dorset county adviser, on 07811 160958 or email bG91aXNlLnN0cmF0dG9uQG5mdS5vcmcudWs=.