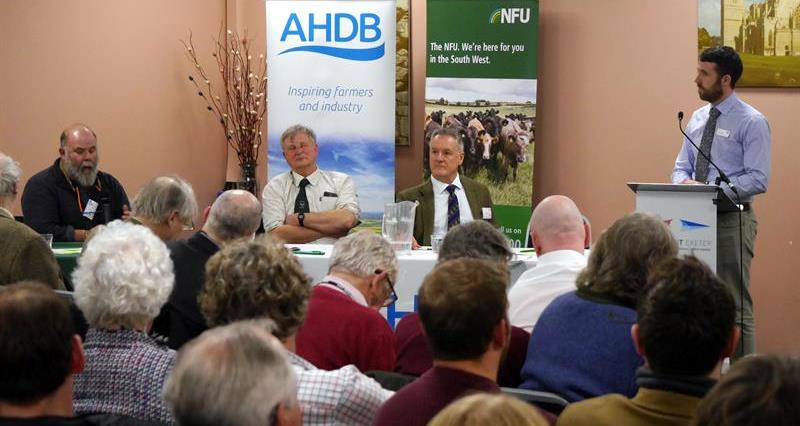 Farmers are a key part of the future of the uplands, but they will need to be adaptable to ensure they can make the most of the opportunities – and challenges – that Brexit and changes in the way farm support is delivered will bring.

That was the message from Uplands 2030: New Era, New Opportunities, a conference organised by the South West NFU and the AHDB, and supported by the Heart of the South West LEP.

A range of industry experts, representatives from the National Parks, academics and farmers themselves delivered a series of thought-provoking and occasionally challenging messages to an audience of more than 150 farmers and other key stakeholders.

The day was divided into three sections, looking at where uplands farming is heading, how businesses can be more resilient, and the market opportunities that may arise in future.

Assessing where the industry is at the moment Thomas Binns, NFU national uplands forum chairman, said that changing the system by which farmers were financially supported would be the biggest challenge and suggested that winding up BPS should be delayed until it was certain that new arrangements would function correctly.

But Mr Binns added that uplands farmers were well-placed to take advantage of a system based around ‘public goods’ because of their role in helping to combat climate change.

“There is a real opportunity, because there has been a focus on greenhouse gas emissions over the last 18 months and we have been steering this new agenda” he said.

“This very much ties in with the values of the public, but we must manage the transition and make sure farmers survive.”

Matt Lobley, Professor of Rural Resource Management at Exeter University, suggested that to achieve business resilience a change of approach would be needed.

“If you look at the figures we only need half the number of farmers we already have to produce food. But then what would happen to the environment? Efficient and sustainable management of the uplands is dependent on farmers. ‘Public goods for public money’ is clearly an opportunity, but that means for some food production may have to be a secondary consideration.”

Mr Lobley highlighted the range of skills farmers required to manage their businesses and said capitalising on this would be key.

“Lifelong learning and professional development will be part of the farming culture. Uplands farming is a challenging occupation and that is not going to change.”

Sarah Bryan, the chief executive of Exmoor National Park, said that farming had been a mainstay of the uplands long before National Parks were created.

“Farming is part and parcel of what National Parks are all about, the land has been farmed for thousands of years. We need to get this right. Collaboration, consensus and innovation will be at the heart of it but farms are the biggest part of the solution.”

Dartmoor farmer Layland Branfield told the meeting that in his view the rat, the fox and the farmer were the three most adaptable creatures in the world as they had not been hunted to extinction.

He pointed out that one of the challenges for uplands farms was that they were all different in terms of soil type, rainfall and business model which made benchmarking difficult. Instead he preferred to focus on improving key factors like livestock performance.

“Uplands farmers could be the saviour of the industry because we are used to doing things outside the box,” he said.

There was a strong interactive element to the event, with delegates able to electronically ‘vote’ on a series of questions through the day.

This revealed that they are looking for environmental stewardship schemes that are easy to understand, that pay on time and that utilise their local knowledge and expertise in the design stage.

Gavin Ross, head of Environmental Land Management Schemes (ELMS) at Defra, acknowledged that civil servants were notorious for overcomplicating things but said the intention for the new scheme was that it should avoid what hadn’t gone well, be accessible and reward collaboration.

He added that he hoped 95% of farmers currently in stewardship schemes would join ELMS and that it was expected that payments would be made on a monthly basis which would reduce delays.

Melanie Squires, NFU South West regional director said: “It was good to see so many farmers joining us for the day, clearly seeking solutions and knowledge to enable their businesses to be sustainable in the long-term.

“With future support to the sector (in all its forms) currently remaining uncertain, our members need certainty and confidence to plan their businesses. We will continue to work with Government and fellow stakeholders to achieve that ambition.” 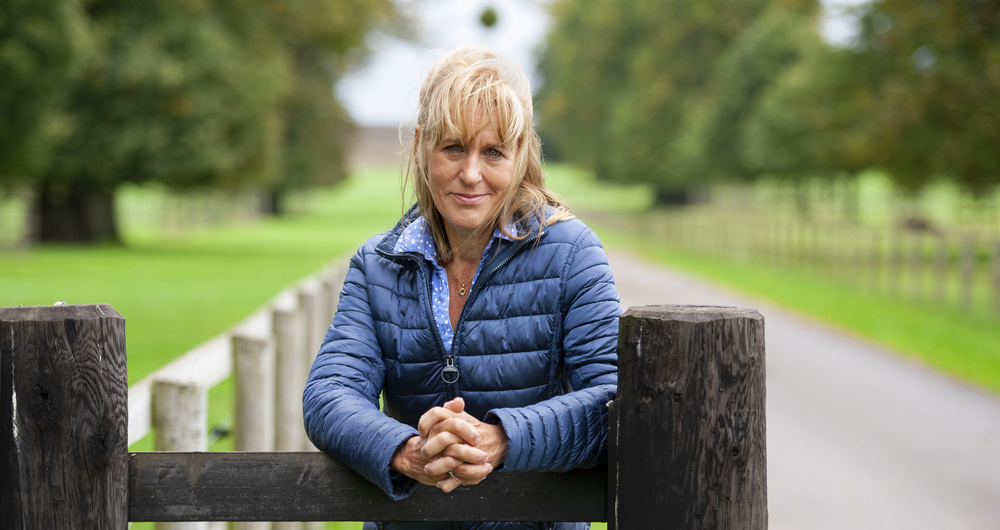