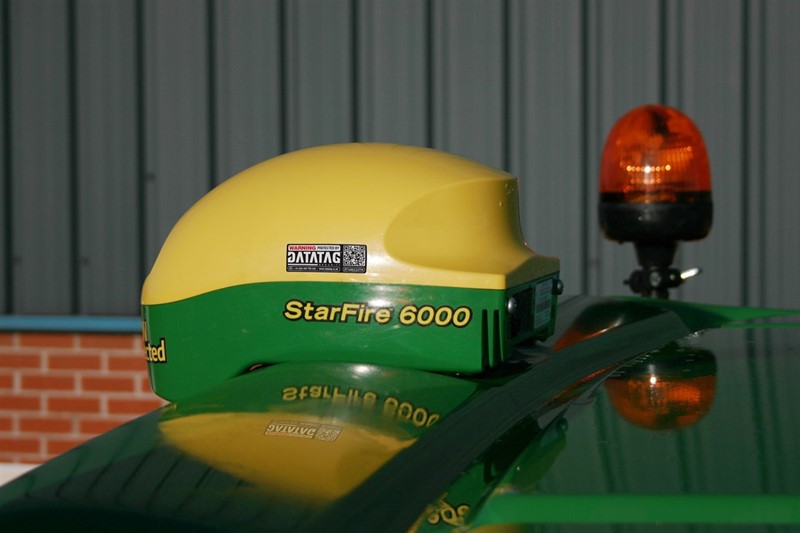 NFU Mutual is warning farmers in Devon and Cornwall to increase security in their farmyards following a spring surge in tractor global positioning system (GPS) thefts.

It follows a series of incidents in recent weeks of expensive GPS kit being stolen in the Midlands, East Anglia and the North of England. Although the South West has not been targeted so far, farmers are being urged to take precautions and protect their equipment.

Bob Henderson, who leads NFU Mutual’s agricultural engineering field team, said: “We’re seeing a resurgence in GPS theft in some areas and we are concerned it could spread to other parts of the UK. Thieves are stealing all makes and models of GPS control units, together with screens and domes. It’s worryingly similar to last year’s unprecedented surge in GPS theft, which saw equipment stolen from farms across the UK.”

PC Martin Beck, rural affairs officer for Devon & Cornwall Police, said: “While it is reassuring for farmers who use GPS systems to know that we haven’t had any issues so far this year in Devon and Cornwall, it is important to remain vigilant.

“We know that the thieves involved do travel and so would advise farmers to consider preventative measures which will make it harder for anyone determined on committing crime.

“This can include setting up a PIN and then labelling the system as PIN Enabled, or the equivalent on farm management software such as Trimble, as a deterrent to potential thieves. Also, if the system has to be permanently fitted, we would encourage the use of anti-tamper/theft screws and bolts.”

With funding from NFU Mutual, the National Vehicle Crime Intelligence Service (NaVCIS) is supporting operations across the country to tackle organised agricultural machinery crime and is working with overseas police forces to disrupt international crime gangs.

To protect GPS systems from thieves, NFU Mutual is issuing the following advice:
• Activate PIN security on GPS kit with your own unique number if available
• If your system is not pin enabled, mark your postcode to deter thieves and trace your property back to you
• Keep tractors and combines with GPS fitted stored out of sight when possible
• Remove GPS kit when possible from tractors and other machinery and store it securely when not in use
• Record serial numbers and photograph your kit
• Check serial numbers of second-hand kit offered for sale