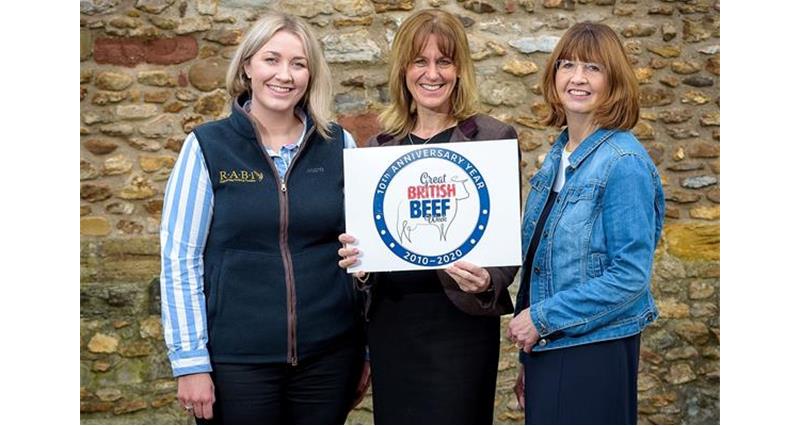 Ladies in Beef (LiB) is celebrating a decade of Great British Beef Week during this year’s campaign, which has just begun.

“All of our ‘LIBs’ are British beef farmers and proud of it! Ten years on, the importance of promotion has never been more critical. We are asking the whole supply chain to really get behind Great British Beef Week this year to fly the flag and champion our home-produced product,” said Ladies in Beef co-founder and Devon farmer Jilly Greed.

“British livestock is produced to some of the highest welfare standards in the world. Here, our suckler beef herds are vital for landscape management, in order to maintain the critical carbon sink for damaging greenhouse gases. Great British Beef Week gives us a tremendous opportunity to bang the drum for our wonderful beef farmers.”

NFU President Minette Batters is also a Ladies in Beef co-founder and believes beef farmers must engage with consumers to communicate key messages on quality and farm assurance.

She said: “Ladies in Beef is entirely a voluntary organisation. Very soon after formation we quickly discovered how we could help influence consumer trust in our product, where the public could relate to nurturing, cooking and caring for the family alongside raising livestock to high production standards. It's such an achievement to reach a tenth anniversary as well as raising thousands of pounds for the vital work of RABI.”

It is estimated that Great British Beef Week has already helped generate £90,000 for the RABI since the charity first became involved in the campaign.

• Much more information about the week, including social media graphics and recipes, can be found at the Ladies in Beef website.