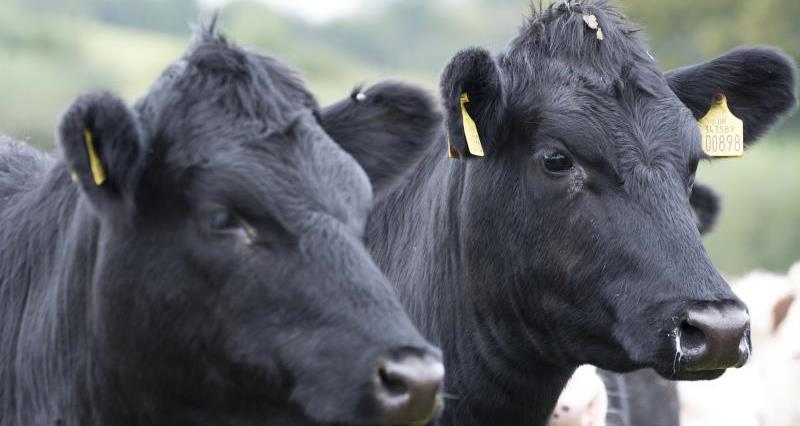 The chairman of Devon’s NFU has called for immediate action to be taken to support farmers affected by a precipitous drop in beef prices, which are currently at a three year low. It is estimated that beef producers are losing up to £1 on every kilo of meat, or about £320 for the average finished carcass.

“Prices being paid to beef producers are so low as to be currently unsustainable, although the amount consumers are being charged for beef at the check-out has not dropped at all,” said Mark Weekes, who farms near Exeter.

“Of course, this is equally true for the lamb sector. The price drop has been sharp and swift, whereas in the past prices have lowered more gradually. This has made it particularly difficult for producers to plan their businesses and manage supply – we all know that livestock production is a long game.”

It is thought the price drop has been caused by a number of factors, including beef which had been stockpiled ahead of a March Brexit date being released onto the market, more imports from the Republic of Ireland and lack of competition amongst processors.

As new Prime Minister Boris Johnson continues his tour of the UK, Mr Weekes – who is also chairman of the South West NFU’s regional board – pointed out that at least part of the solution to these issues was in the hands of the Government.

“We have heard a lot from Boris about how farming will thrive after Brexit. A good start would be for him to ensure that public procurement contracts for hospitals, schools and the armed forces prioritise British beef and Red Tractor produce.

“We also need him and Theresa Villiers, our recently-appointed Defra Secretary of State, to get behind the review of the AHDB which concluded earlier this year, and the NFU’s call for it to be made fit for purpose and really work hard to promote the great product we have so that we can take advantage of new opportunities, such as the recently-opened Chinese market.”

Meanwhile, the South West NFU regional livestock board has urged everyone in the industry to work together to improve the resilience of the red meat sector, through improved prediction and management of price peaks and troughs as well as greater scrutiny of import and export data.

“Clearly there are challenges ahead for the industry, but we are up for meeting them. What we need is just some confidence that we will get the support we need in order to build profitable businesses that can survive the shocks ahead and give us the confidence to re-invest for the future,” said Mr Weekes.

“We also hope that people will also support our farmers and look out for the Red Tractor when they are shopping. By buying British you are not only helping an industry that employs more than 60,000 people across the region, but also looks after our fantastic landscapes and has an important role to play in helping climate change, as the grass our cattle and sheep graze captures a lot of carbon.”