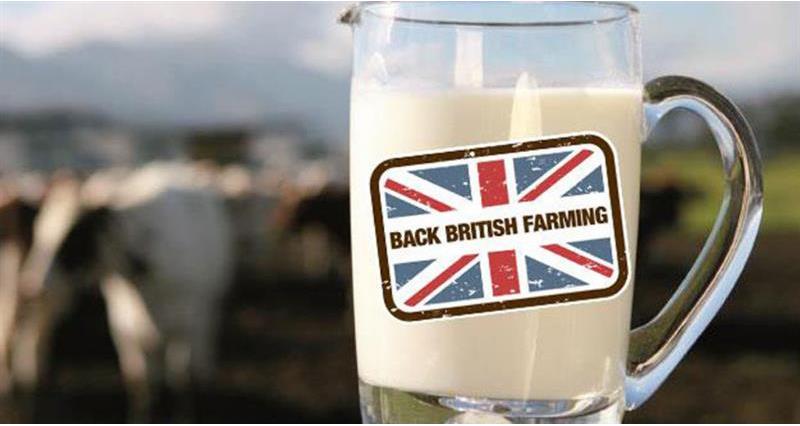 The chairman of the South West NFU’s regional dairy board has called on the industry to “shout from the rooftops” about the health and environmental benefits of dairy products, in the face of claims being made by the promoters of plant-based alternatives.

In fact, despite all the noise made about ‘alt-milk’, according to figures compiled by market analysts Kantar and published by AHDB Dairy the non-dairy market is still a tiny fraction of the dairy one: about 4.4% by volume and ten per cent by price – 651,000 litres vs. 14.8 million litres and £269m vs. £3bn.

When comparing price data, it is worth bearing in mind that soya products retail at around £1 a litre – about twice the price of a litre of whole milk at 48p – with oat drink coming in at more than three times the price, selling at £1.80 (prices checked on Tesco online, 30 Sep 2019).

Research from Mintel published earlier this year found that although interest in plant-based products had increased, with 23 per cent of shoppers trying them at least once, 97 per cent of consumers still drank milk in the first three months of 2019.

Speaking on the eve of the South West Dairy Show Andrew Branton, who is chairman of the South West NFU’s regional dairy board, said: “The show is a great opportunity to showcase the best of dairy. The nutritional value of milk when it is sold at less than half the price of so-called alternatives should be shouted from the rooftops.”

Amongst other health benefits, milk provides 74 per cent of the recommended daily amount (RDA) of vitamin B12, 31 per cent of our calcium RDA and 14 per cent of our protein RDA (based on 200ml of semi-skimmed milk). Source: Dairy UK

Mr Branton also pointed out the environmental benefits of consuming a natural product like milk. The environment is often cited as a reason to try an alternative to milk, but plant-based drinks are often produced using imported products and industrial processes, despite the wholesome scenes depicted on the cartons.

A report from the All Party Parliamentary Dairy Group highlighted how the environmental benefit of plant-based products is often misunderstood.

Another topic sure to be discussed at the show is Brexit, which is now potentially just 30 days away.

“The threats of a no deal Brexit to the industry are real, if difficult to quantify, and will put a strain on both producers and processors,” said Mr Branton. “It looks like being a tricky period and now may well be a good time to find the file with the contract in it.”