A regional MP has called for improved food self-sufficiency, a shake-up of supermarket shopping aisles to display homegrown food and a drive to secure harvest labour. 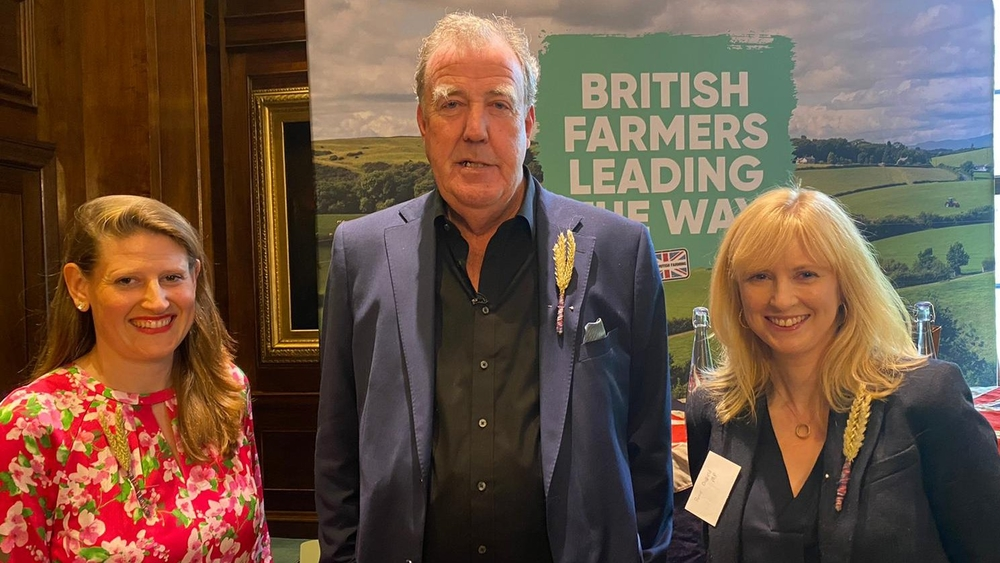 Stafford MP Theo Clarke spoke in a parliamentary debate on Wednesday (15 September) when she opened talks on Back British Farming Day and the future of domestic agriculture.

Back British Farming Day is a National Farmers’ Union campaign to drive support for the British food and farming sector and to celebrate regional farmers and growers.

On the day, politicians wore a Back British Farming pin badge, made of British wool and wheat, during Prime Minister’s Questions, to recognise the importance of food and farming.

During the earlier Parliamentary debate Mrs Clarke, who is co-chair of the all-party parliamentary group for fruit, vegetables and horticulture, said she had met with the NFU and Staffordshire farmers to discuss sector issues and gauge industry views.

“It should be clear from the sea of wheatsheaf pin badges, displayed on many colleagues’ lapels, that today is Back British Farming Day - a day to celebrate all that our farmers do to produce high-quality, nutritious and delicious food while also caring for our environment and maintaining our iconic British landscapes,” she said. 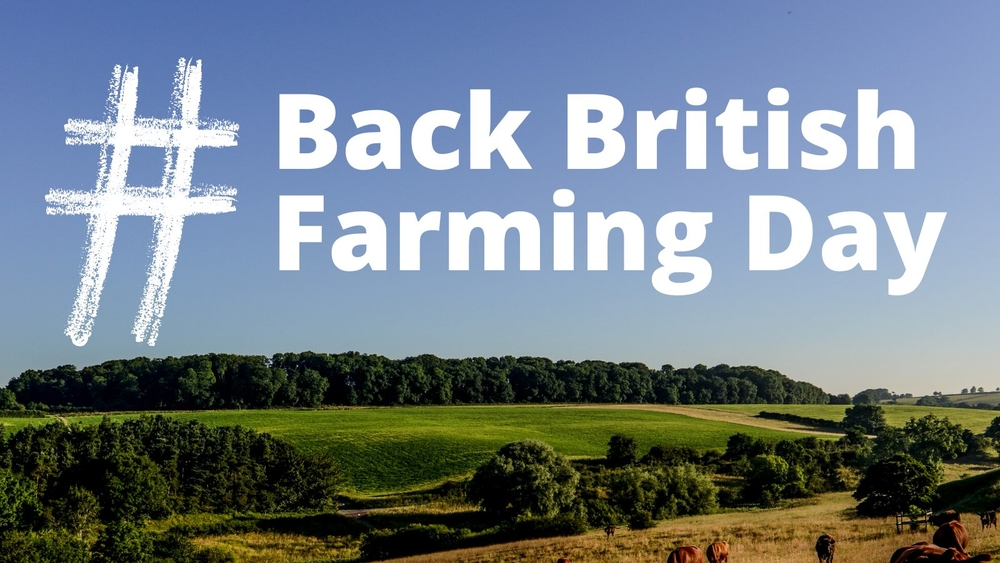 “The coronavirus pandemic has reminded us all, of the importance of good, sustainable, local food supply chains. My constituents in Stafford have definitely become more interested in buying products close to home. It goes without saying that there are always going to be some types of fruit and vegetables that we will not be able to grow in this country, simply because we do not have the right climate. Of course, we can all enjoy bananas and citrus fruits from other countries, but we should aim to produce much more of the fruit and vegetables that are good at growing here.”

She told fellow politicians that in terms of apple and pear production, two traditional fruit trees found in the country, that there had been a drop off in domestic demand and she wanted to see efforts made to reverse the trend.

“On the other hand, strawberry production is a very positive story,” she said. 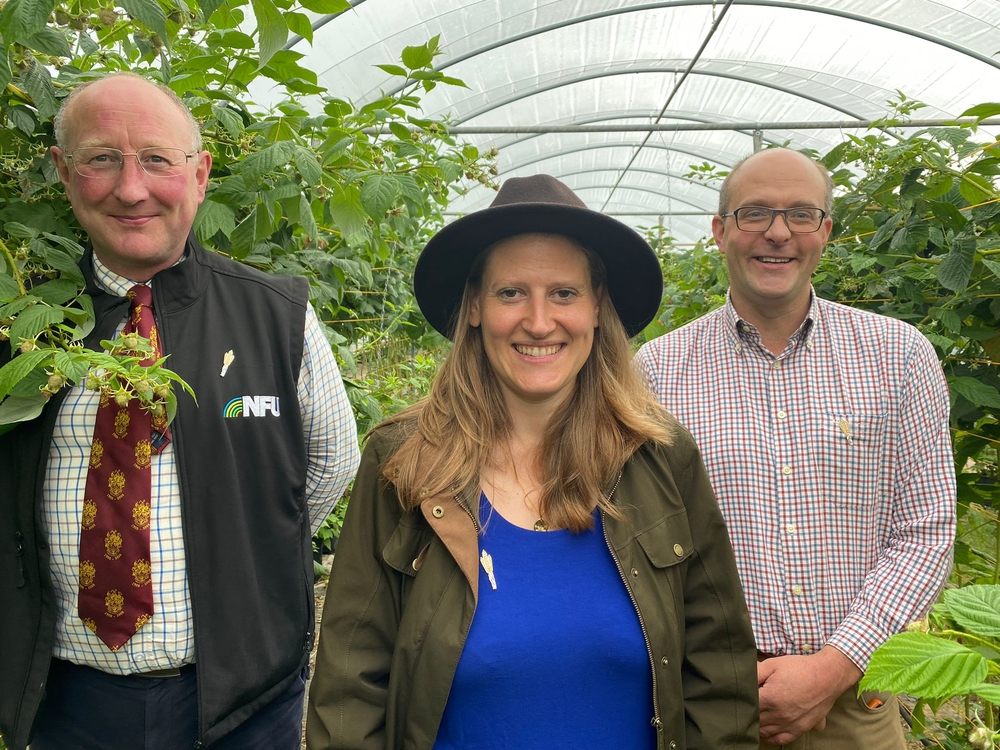 “I was lucky to visit Littywood Farm, in Staffordshire, where they grow thousands of strawberries, raspberries and cherries every year.

“I was very interested to hear that they are using modern farming techniques to significantly increase their yield of soft fruit and that they have invested in state-of-the-art polytunnels to make the harvesting process more efficient.

“That means they have been able to extend the strawberry season from two months to seven months this year, so this is a fantastic, positive story that is being replicated across the country, and I note that since 2010, figures from the Department for Environment, Food and Rural Affairs show that domestic strawberry production has grown by almost 50%.

“This is a very good example of a model for fresh fruit produce items, which shows that it requires people and real investment.” 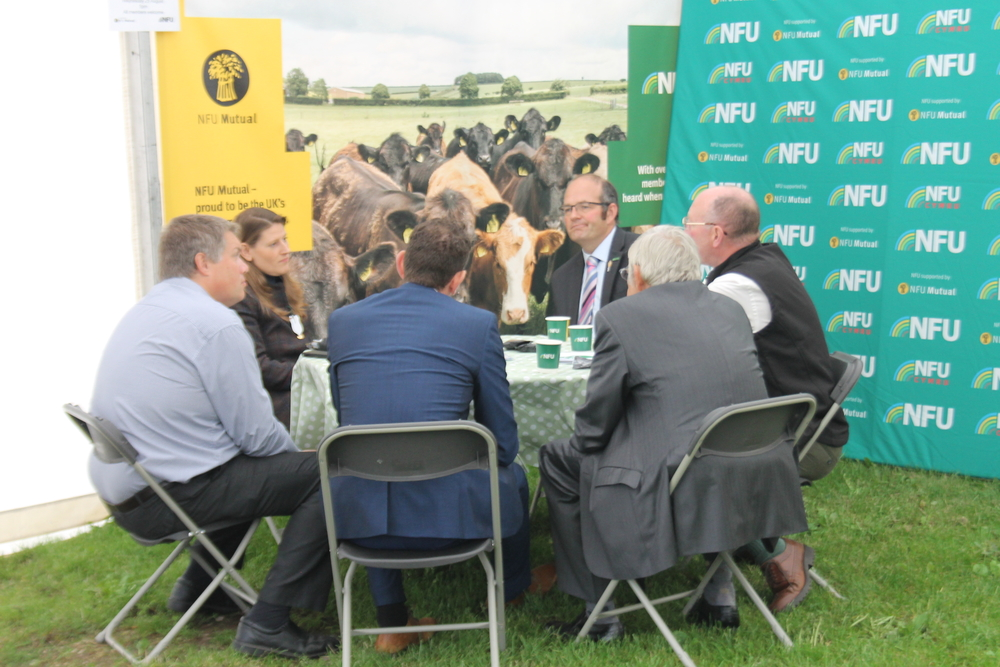 The debate heard there were concerns from growers about further cost increases - pay for workers’ visas, travel, and Covid tests, which could cost an extra £1,000 per seasonal worker.

“Access to labour is absolutely critical for ensuring the sector has the labour it needs,” she added. When it comes to perishable crops, such as strawberries, it is right that we have the workers that are needed at that moment. I commend the Government on the seasonal workers pilot scheme, which they expanded last year to 30,000 visas. It was a lifeline for many businesses, and I thank the Minister (Victoria Prentis) for the role she played in getting the scheme set up.

“Many colleagues would agree with me that there is uncertainty about the scheme.

We need to know what it will look like in the future, so that farms can plan ahead.

“I urge the Minister to work with her colleagues at the Home Office to come up with a solution.” 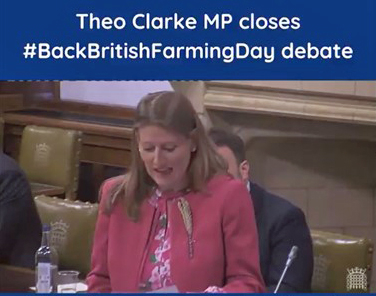 Environmental schemes, High Speed Rail, support for the dairy and beef sectors and other issues were also discussed, including branding and procurement.

Mrs Clarke said: “Supermarkets play a vital role in our local food supply chain, and they have a very important role in ensuring consumers have the ability to make informed choices about the food they purchase.

“I have a policy idea to suggest to the Minister - all supermarkets should have what I am calling “an aisle for the British Isles.

“Britain has some of the highest food standards in the world. I think the public want to buy food from British farmers. A recent survey said that 80% of respondents supported the increased procurement of British food in schools, hospitals and Government agencies.

“The main reason people shop in supermarkets is for convenience. Would it not be a great idea for the consumer to know there was a whole aisle where everything in it was from the British Isles? There could be a local section or shelf for products from Staffordshire.

“I hope colleagues will support my idea of an aisle for the British Isles and that the Minister will commit to backing this concept, which would improve the situation for British farmers.”

“To conclude, although today is Back British Farming Day, I believe it is essential to back British farmers 365 days a year. To do that we need to deliver policies, not just in the Department for Environment, Food and Rural Affairs but across Government, that work for our farmers who go out in all weathers every single day to ensure that we are fed as a nation.

“Let us not take that for granted.”