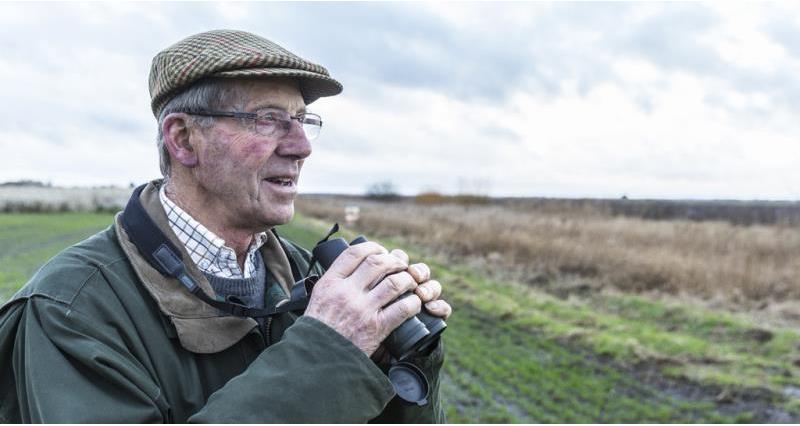 In the first of a new series looking at how today’s farmers are working hard to produce food while protecting and enhancing the environment, Kate Chapman chats to Lincolnshire farmer Nicholas Watts, whose passion for birds has reaped a rich harvest. From Countryside magazine.

To encourage wildlife he’s dug ponds, planted spinneys and enhanced some of field boundaries on his farm at Deeping Fen - where his family have worked the land since 1883.

In return, he’s seen the environment and biodiversity flourish and birds in abundance, proving commercial farming and wildlife conservation work well, side by side.

Nicholas, a bird watcher from a young age, had noticed a decline in a number of species on his land, including skylarks and corn buntings. After carrying out some research, the fourth generation farmer identified several issues affecting the bird life and began adapting the agricultural methods he was using at Vine House Farm, near Spalding in Lincolnshire.

And, almost by accident, Nicholas’s own personal interest has led him to branch out further. Today, his family grows 15 different crops including potatoes, sugar beet, oilseed rape and wheat across 2,500 acres, but it’s also now the UK’s biggest grower of bird seed, selling products in its own shop and by mail order.

“I’ve always liked feeding the birds,” says Nicholas, “it’s just that now I’m feeding far more than even I could ever have imagined!

“I’ve been surveying the bird population since 1982 and this process has enabled me over three decades to enhance the environment and my land and subtly adapt the way we farm to be wildlife-friendly and help conserve as many species as possible.We’ve created areas rich in insects and this has attracted reed and sedge warblers, reed buntings and tree sparrows. 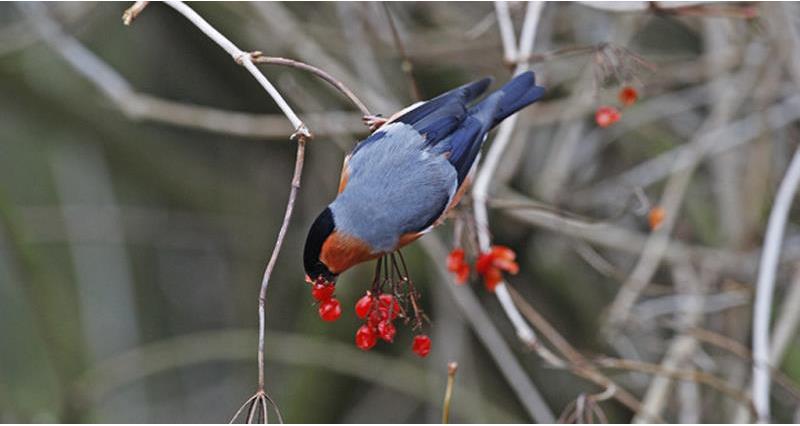 “We’ve increased the number of skylarks and meadow pipits, while a couple of years ago we had 14 pairs of barn owls breeding on the farm.

“And we’ve proven that, even in this modern age, we’re a commercial farm supplying the major supermarkets, and a model for wildlife conservation and a haven for threatened species.”

Nicholas has a long fascination with wildlife; even as a schoolboy he’d spend his time photographing the birds and other creatures around his fenland home.

During the 1970s he completed surveys for the Lincolnshire Bird Club and British Trust for Ornithology and later began surveying those breeding on his own farm, noticing that some species such as skylark and corn buntings appeared to be struggling. 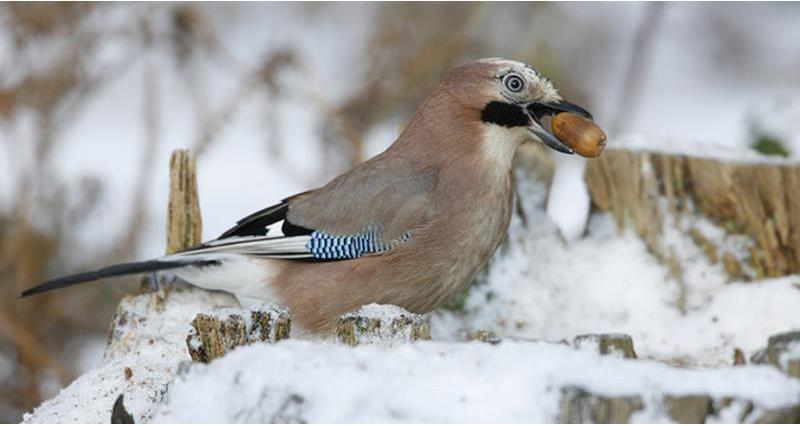 Nicholas says a combination of factors led to their decline; interestingly, he cites the disappearance of cattle yards where the birds would have been inadvertently fed alongside the animals, and a change in crops grown, as some of the factors impacting on bird life and their food sources.

“The implements we cultivate our soil with can sometimes destroy the larvae and insect eggs too. 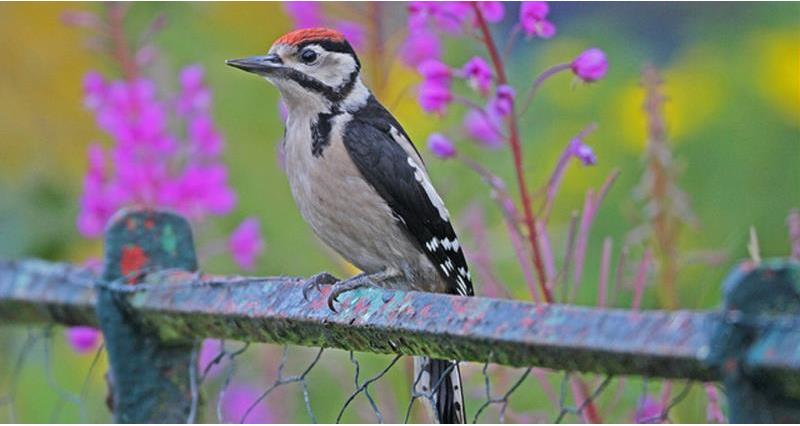 Nicholas set about improving things by establishing habitats favoured by birds. He’s created wide grass margins, some of which are filled with flowers. He’s planted hedges and native bushes, dug ponds and put up bird boxes, and some of his ideas are now promoted nationally – such as preparing oilseed rape for harvest by spraying, instead of cutting it, which allows reed buntings to continue nesting there.

He’s also taken steps to regenerate the land he farms by planting crops such as oil radish and, at the end of the 1990s, began turning over some of his land to organic cultivation (this currently amounts to some 300 acres).

Nicholas agrees farmers sometimes get a bad press about their environmental work, but says, like anything in life, if someone is going to make a difference, they have to have a real  interest in what they’re doing to begin with. And he’s far from alone, as thousands of farmers actively protect and enhance the flora and fauna on their farms.

The government’s environmental schemes play a part here, as do small changes to farming practice that can bring significant environmental dividends.

On Vine House Farm for example, they stop the seed drill for a couple of seconds while drilling their winter wheat - this leaves a blank area in the crop, which is particularly useful for skylarks to nest in. In similar fashion, they try to cut their hedges on a less frequent basis, which might, to some, look a little messy, but can help nesting birds and ensure more food supply for both the birds themselves and the insects they feast on.

It was Nicholas’ determination to bring the birds back to Vine House Farm which led him to launch another venture – growing and selling wild bird food. After noticing the drop in numbers, he started feeding the birds in his own yards and had so many flock there it became quite a show, so he held open days for the public to see it too.

“We had so many birds come to us; it was quite a spectacle, with up to 800 buntings and finches. Then I had the idea for an open day and around 70 people came, and a couple of them asked if I could actually sell them some bird food, which I did, but never thought any more about it.

“We did the same the following year, and there I was selling bird food again, without even trying.” 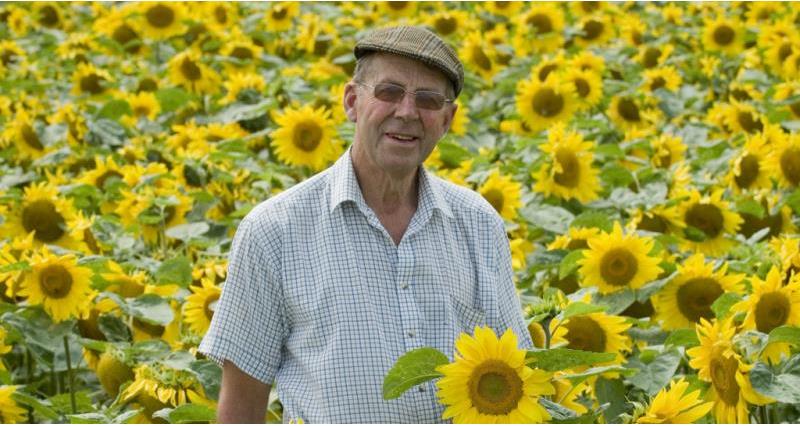 After a trip to Argentina with his wife, Anne, he brought back some multi-headed sunflowers to plant in his own garden. That autumn Nicholas says it was alive with birds feeding on the seeds and when the same happened the following year he decided that instead of growing oilseed rape he should grow sunflowers and sell their seeds.

The business quickly took off and, today, Vine House Farm dedicates 100 acres to sunflowers, and grows 400 acres of wild bird food, including canary seed, red millet, white millet and naked oats, with a percentage from every sale going to The Wildlife Trusts.

For more information about bird food, bird care, to make orders or to view Nicholas’ own collection of wildlife photos which he’s releasing for people to download royalty-free, visit: vinehousefarm.co.uk