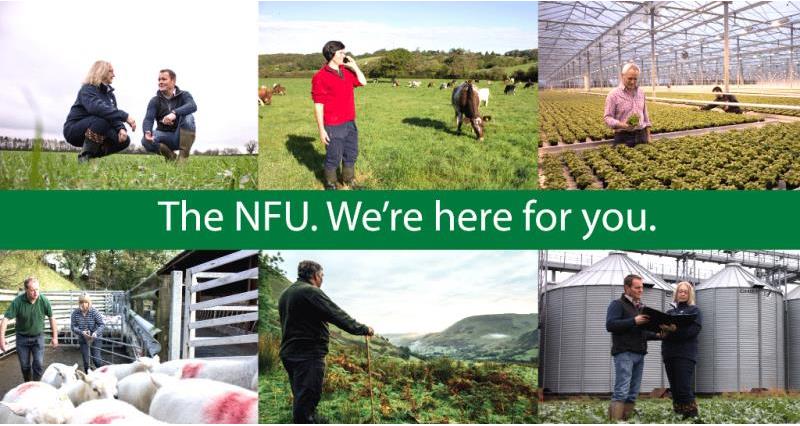 Dairy and livestock farmers have seen their confidence rise by 28 and 15 points respectively. The falling pound, increased commodity prices and export levels have created a more favourable environment for these sectors.

However, confidence has fallen in the horticulture and poultry sectors. There are serious concerns for both of these sectors with the prospect of labour shortages in the future and increase of the National Living Wage.

Despite improving in the short-term, arable farmers’ confidence is still negative (-2 points) demonstrating that the majority of arable respondents have a negative outlook for the year ahead.

Farmers’ confidence for the next three years has taken a knock with a 6 point drop. The Brexit vote has left farmers uncertain how agricultural policy and future trade arrangements with the EU and third countries will look moving forward.

NFU President Meurig Raymond said: “Increased farmer confidence comes after a year of huge challenges to the British farming industry and we are pleased that our members are feeling positive for the year to come. Any increase in price received for farmers is welcome news and we hope these are sustainable for years to come.

“It is no surprise that the Brexit vote has impacted the confidence of farmers in the longer-term and uncertainty surrounding our future relationship with the EU, our ability to negotiate future trade deals and access to non-UK labour has all taken its toll on confidence. “

Members told the NFU, as part of its seventh annual farmer confidence survey, they anticipated positive effects on their business from the consumption levels of British produce (58%) and output prices (46%). However, farmers feel that input prices will have the most widespread negative impact for the coming year (74% negative), followed by regulation and legislation (53% negative).

With respondents stating increased requests for borrowing over the past two years (42% requested a form of lending), this indicates that many farm businesses remain under pressure. Member confidence in bank support for future borrowing is at its lowest level since 2013.

The survey also shows that the popularity of renewable energy diversification has grown steadily over the past three years, growing from 30% in 2015 to 35% in 2016, with solar electricity and biomass heating the two most popular methods.

Mr Raymond said: “The NFU has made it clear that for farming to have a profitable and productive future we need reassurance on key issues resulting from Brexit; such as access to a competent and reliable workforce and the best possible access to the Single Market.

“It is clear that farm businesses still remain under pressure and this survey demonstrates a dependence on borrowing from banks which is concerning. We have recently met with senior bank officials and will continue our discussions to make sure they understand the concerns of the farmer on the ground.

“British farming is the bedrock of the UK’s largest manufacturing sector – food and drink. The sector is worth £108 billion to the nation’s economy and employs some 3.9 million people. We urge Government, retailers and the public to back British farming so we can continue to produce high quality produce for the nation.”

The NFU has called on banks to back British farming as Brexit nears.