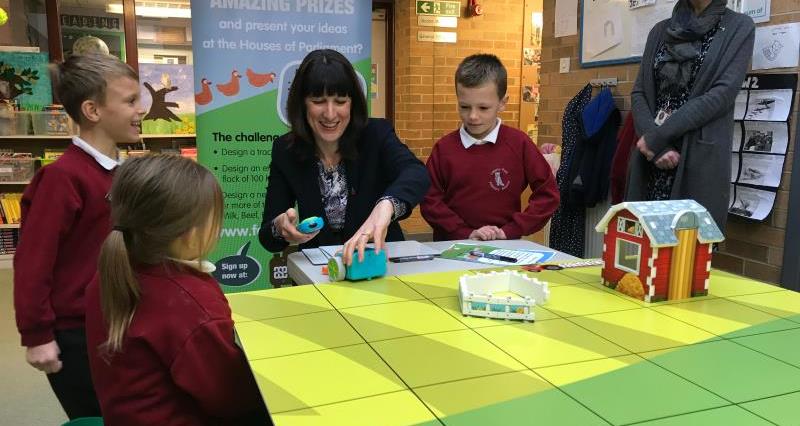 Farmvention, the NFU's national STEM (Science, Technology, Engineering and Maths) competition for primary school children has closed with more than 1,000 entries from hundreds of schools across the country.

The nine winners will be announced at the Association for Science Education conference at the University of Birmingham on 11 January. Each will be invited to present their submissions at the Houses of Parliament during British Science Week in March and one will have the opportunity to win the grand prize of their school being turned into a farm for the day.

Other prizes for shortlisted schools include fully-funded farm visits, chef visits and £600 to spend on robotics products for the school.

Launched in September, the competition asked children at primary schools to submit entries that solved one of three farming-related issues using science, technology, engineering and maths:

The NFU developed the competition as part of its education strategy which aims to bridge the gap between children and food, farming and the countryside. The competition demonstrates that farming is an excellent way of engaging children in STEM subjects and of delivering high-quality investigative learning resources.

“I am delighted to see so many entries to our first Farmvention competition and to receive more than 1,000 entries is fantastic. It’s clear that this competition has captured the imagination of primary school children and it shines through in the high quality of submissions we’ve received.

“Combining agriculture with subjects like science and technology is a brilliant way to get children thinking about food and farming and I’m looking forward to announcing the winners next week.”

Find out more about Farmvention and the NFU's work with schools