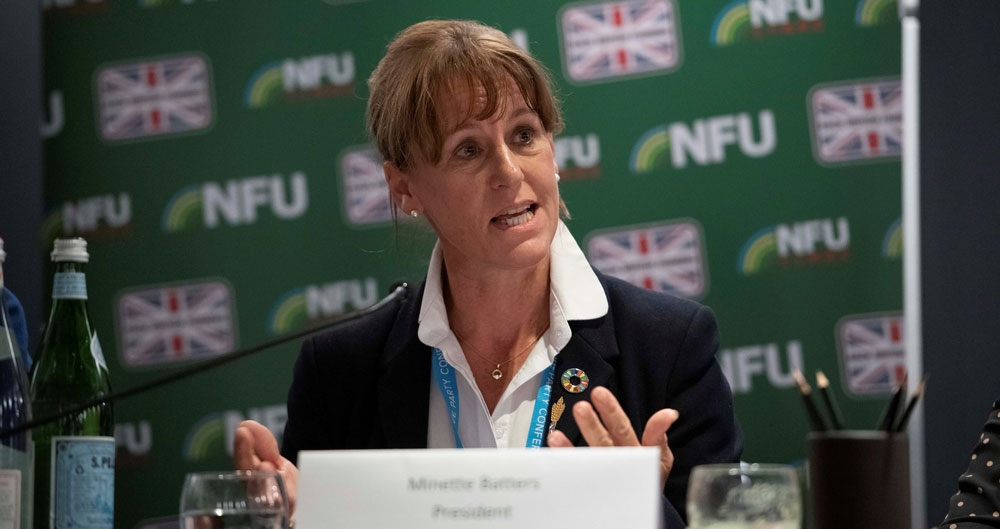 The NFU held a high-profile ‘Farming Question Time’ debate at the Conservative party conference fringe in Manchester on the evening of Monday 30 September.

The event was attended by more than 150 guests including NFU members, parliamentarians and candidates, councillors and activists, senior national journalists and trade press, plus other key stakeholders in the wider supply chain.

On the panel of speakers, NFU President Minette Batters was joined by Defra Secretary of State Theresa Villiers and Neil Parish, chairman of the Environment, Food and Rural Affairs Committee. The debate was chaired by Abi Kay, chief reporter at Farmers Guardian. The discussion was wide-ranging, covering crucial topics for the farming sector, most notably Brexit, future trade arrangements and protecting our high standards, and the badger cull. 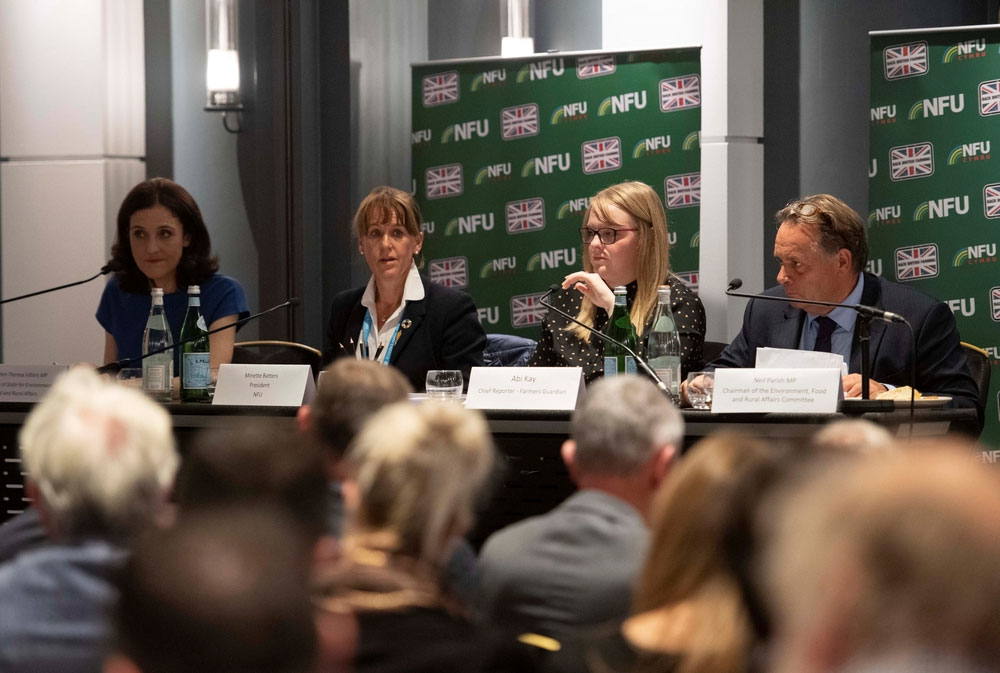 Much of the discussion focused on preparations for the UK leaving the EU. Responding to concerns from a sheep farmer in the audience about what happens after we leave, Ms Villiers stated that the government is working energetically for a Brexit deal, and was doing everything it could to mitigate problems for the agriculture sector, particularly for the sheep sector. However, Mrs Batters emphasised the importance of securing a deal. She said farming is not ready for a no-deal exit, and you can't prepare for it, arguing that such a situation would be disastrous for every single farming sector. Mrs Batters spoke about the need to be honest with people and to provide leadership on this issue. Later, she said that Brexit doesn’t have to be a disaster, but a no-deal Brexit would be, arguing it would be "a dereliction of duty which would be unprecedented in modern times".

On future trading arrangements and standards, Mrs Batters argued that the UK has got to agree the European relationship and get it right before looking across for world for trade deals. She also made the case for reciprocal tariffs on cereals and eggs, as otherwise, for example, the UK could be importing eggs produced to much lower standards. Building on this, Mr Parish talked about the importance of ensuring we maintain good food, good standards, affordable food, and good environmental conditions. He later also linked these issues to the impact on the environment and climate change, cautioning against a focus on importing meat from countries that destroy their environments during production, as exporting our production will be detrimental to our global environment. 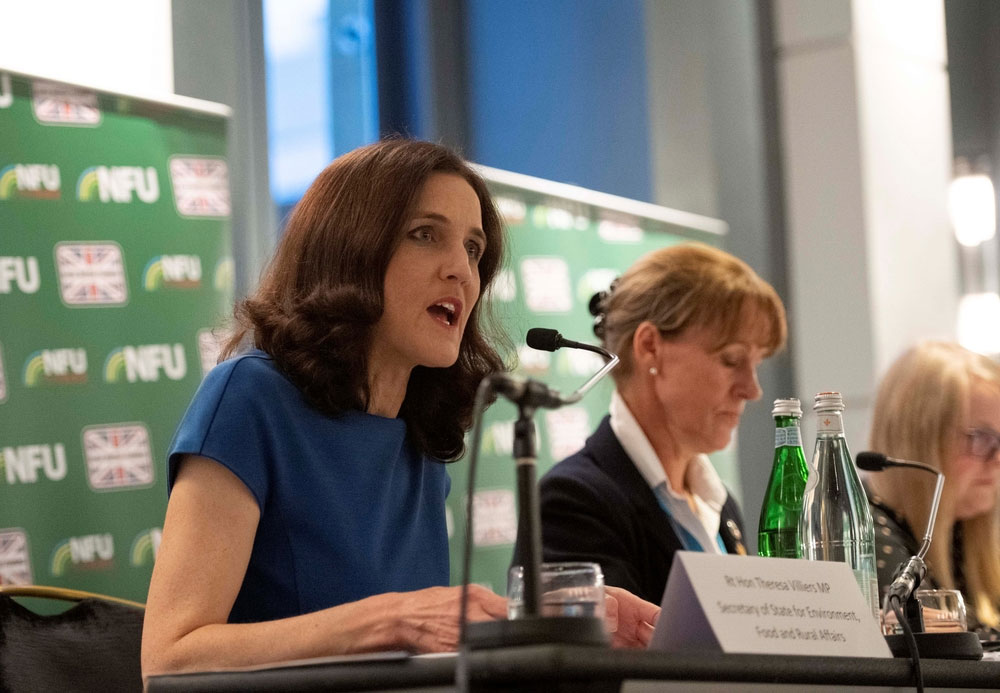 While discussing the importance of access to labour, the Secretary of State argued that Defra is working to ensure UK agriculture has the workers it needs whichever way we leave the EU, including looking carefully at the seasonal workers scheme. Mrs Batters argued that access to a competent and reliable workforce, both seasonal and permanent, is key for the sector, and said that it's absolutely essential that the current SAWS pilot is scaled up for next year and beyond.

Responding to questions from farmers in the audience about the recent decision not to extend the badger cull to Derbyshire, Mrs Batters recounted how she has written to the Prime Minister about the enormously regrettable decision not to proceed in that county. She emphasised the need to do everything possible to get rid of this disease, for healthy badgers and healthy cattle. 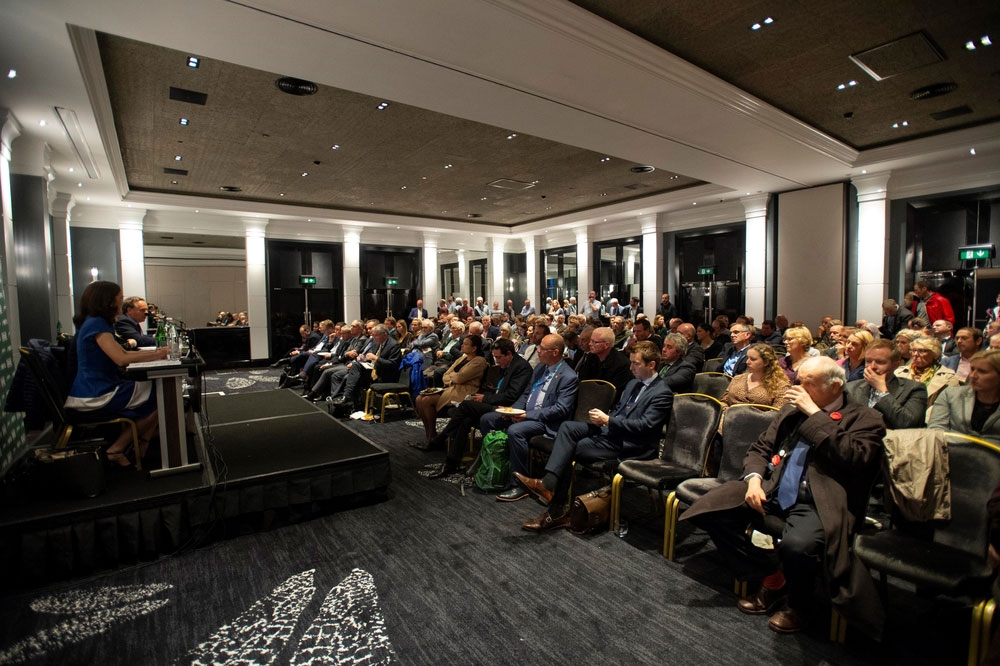 A broad range of other topics were covered during the Q&A session, including the recent government announcement on the presumption that animals for slaughter go to the nearest abattoir, the urgent importance and opportunities of E10, and the importance of bringing back and improving the Agriculture Bill.

Wrapping up the event, Mrs Batters talked about the importance of rebuilding trust in politics and with government, and also emphasised the NFU’s forward-looking ambitions for the sector. She cited the NFU’s net zero ambitions to illustrate this, and emphasised that going forward we need a government that wants to work in partnership with the industry to help deliver a brighter future for the sector.