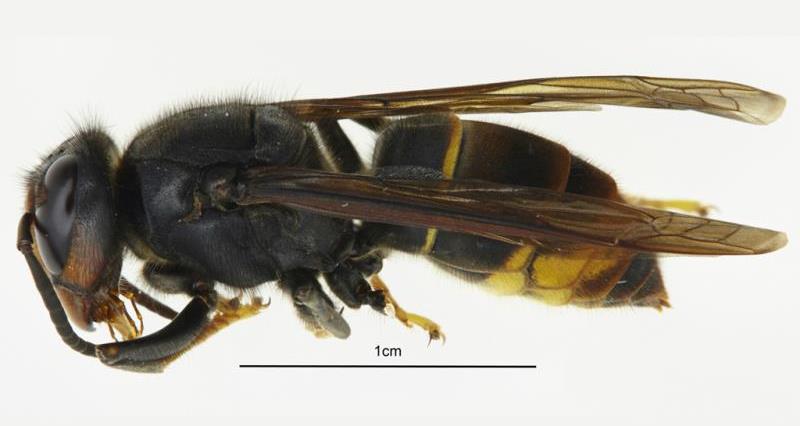 Two more sightings of Asian hornets have been confirmed in Liskeard and Hull and surveillance activity is underway.

The National Bee Unit has called for the public to report any suspected Asian hornets after two further confirmed sightings in Liskeard, Cornwall and Hull, east Yorkshire. At this stage, there is no evidence to suggest the Cornwall and Hull sightings are linked.

The Asian hornet is smaller than our native hornet and poses no greater risk to human health than a bee. However, they do pose a risk to honey bees and work is already underway to identify any nests in the Liskeard and Hull areas, which includes deploying bee inspectors to visit local beekeepers and setting up monitoring traps. As part of this work, bee inspectors from APHA National Bee Unit are carrying out surveillance and monitoring in a 1-2 km radius around the sightings.

Hornets were also discovered in Fowey earlier in September and the National Bee Unit moved swiftly to find the nest and remove it. During September the number of hornets in a nest can reach a peak and this will increase the chances of seeing an insect.

These sightings in Liskeard and Hull underline the need to remain vigilant. I want to encourage people to look out for any Asian hornet nests and if you think you’ve spotted one, please report your sighting through the Asian hornet app or online.

While the Asian Hornet poses no greater risk to human health than a bee, we recognise the damage they can cause to honey bee colonies. I am therefore pleased our well-established protocol to contain them has worked so effectively in Fowey.

If you suspect you have seen an Asian hornet you can report this using the iPhone and Android app ‘Asian Hornet Watch’ or by emailing YWxlcnRub25uYXRpdmVAY2VoLmFjLnVr. Identification guides and more information are available.